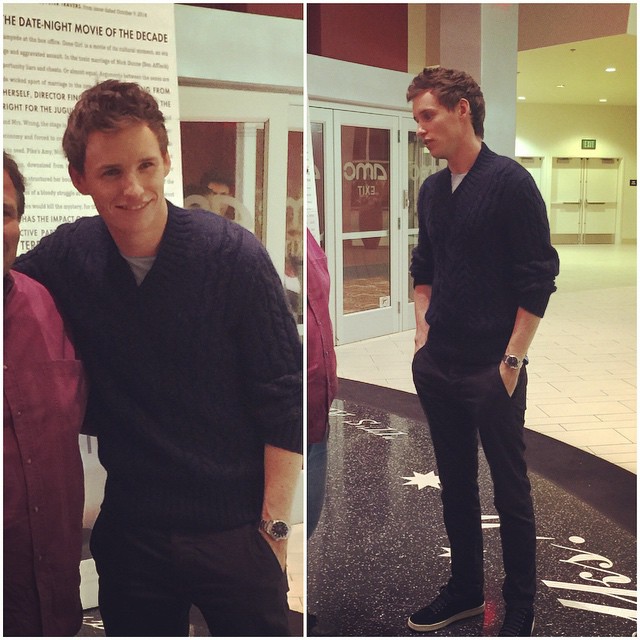 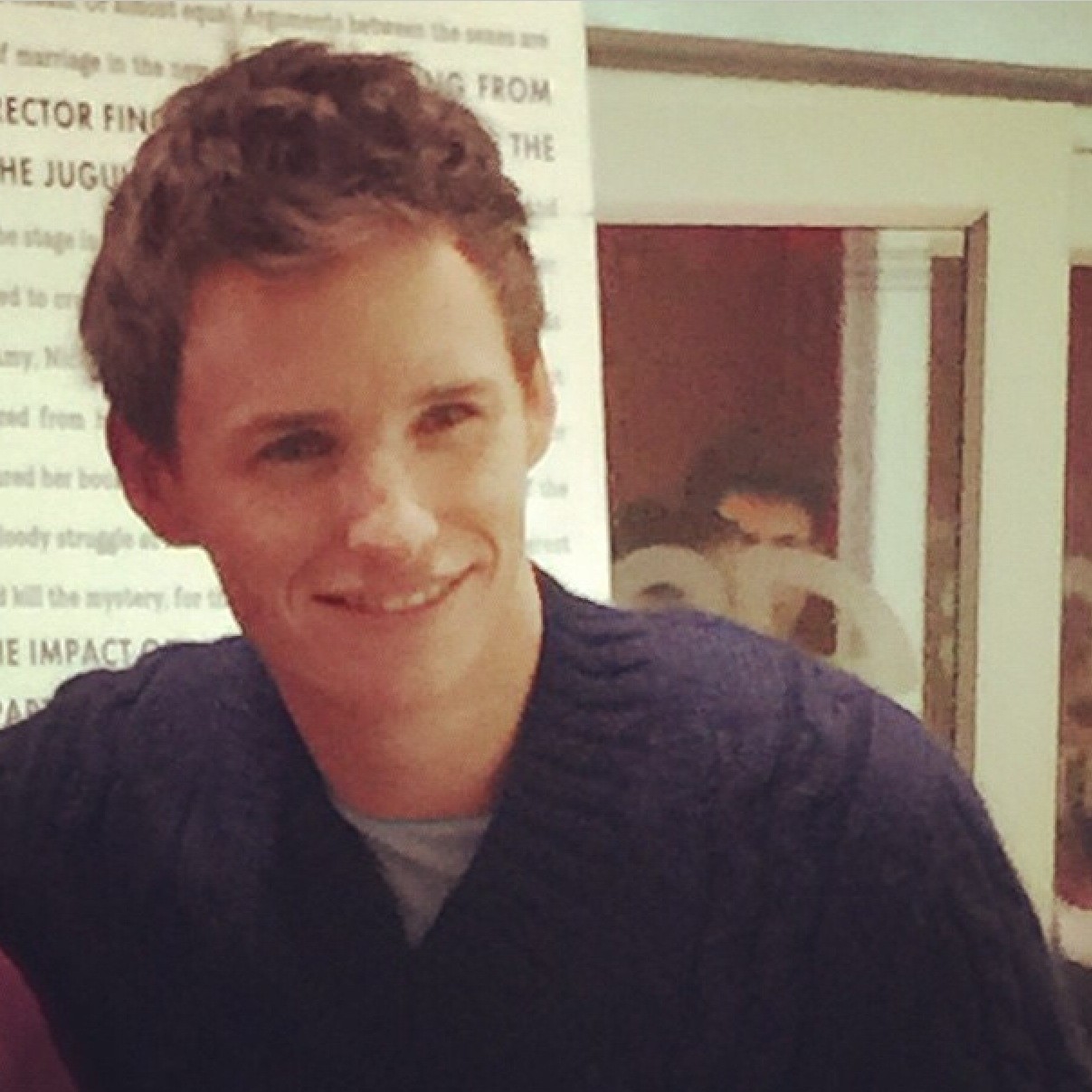 Eddie Redmayne at a screening in the San Francisco Bay Area Oct 8, 2014. Check out the cute
sneaks and sweater. source: Instagram: Thestylishgeek, Thevalue via (x) 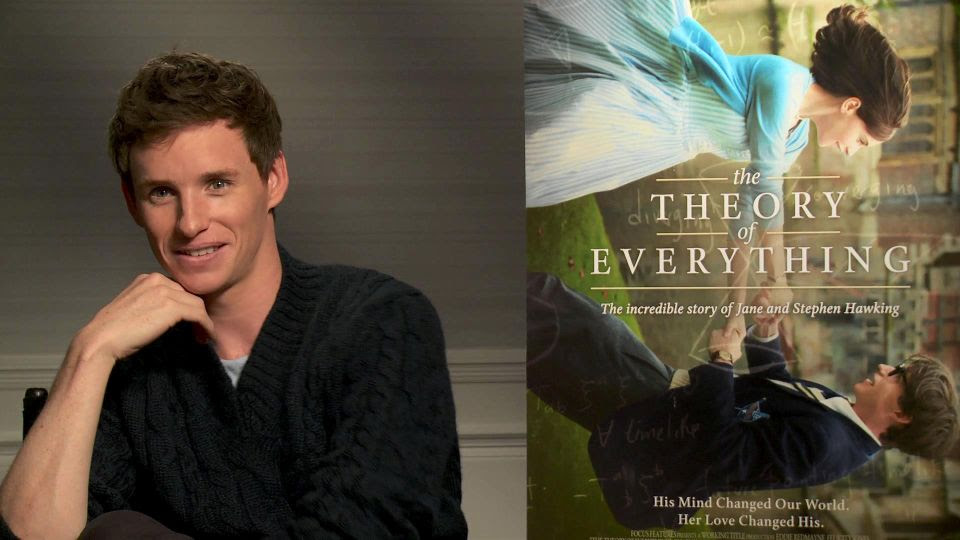 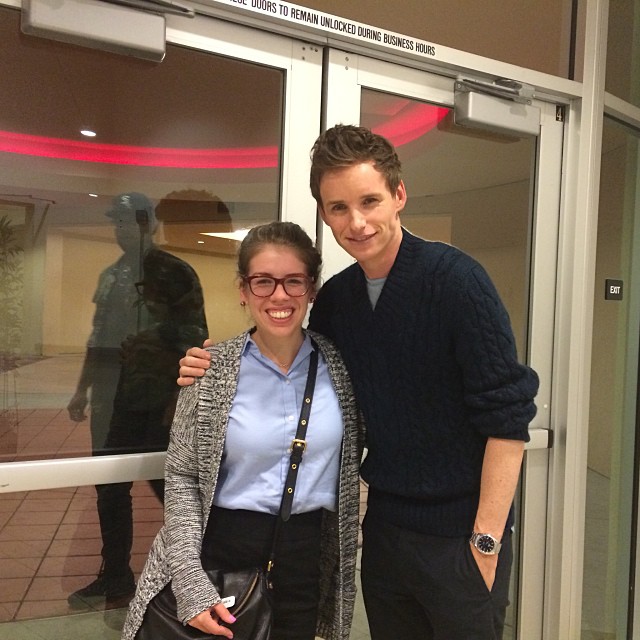 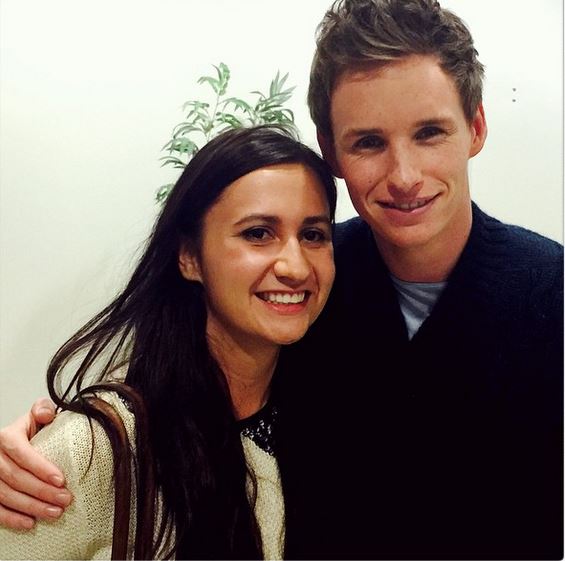 janikut: EddieRedmayne is DA BOMB! Such a pleasure seeing him at a special screening
of  The Theory Of Everything - a movie about the inspiring life of  StephenHawking. via (x)
@stoner_em Going to the place that scares brings new levels of depth, creativity, humanity.
PS Bless Eddie Redmayne. <33 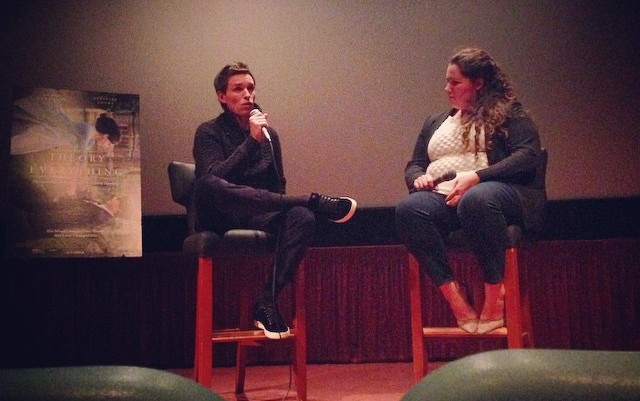 missnorasf: That time we met EddieRedmayne after ugly crying throughout Theory Of Everything
(aka "the nerdy Notebook") and also @elysahill sang LesMis with him. dying
Thanks @jorcru and @wired!

Interviews in The Ritz Carlton Hotel on 8th October 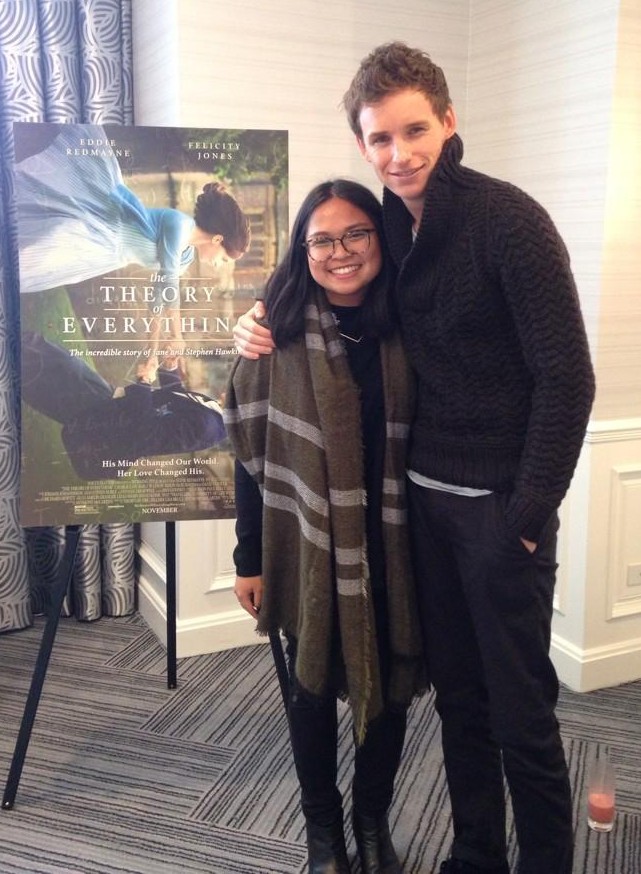 @omiamy: Just had wonderful interview with Eddie Redmayne. A very genial actor!
#usfreports #usfreview @sffoghorn via bespokeredmayne
According to Redmayne, Stephen Hawking is very sharp & witty. You can
def. see this in Redmayne's portrayal in "The Theory of Everything" (x) 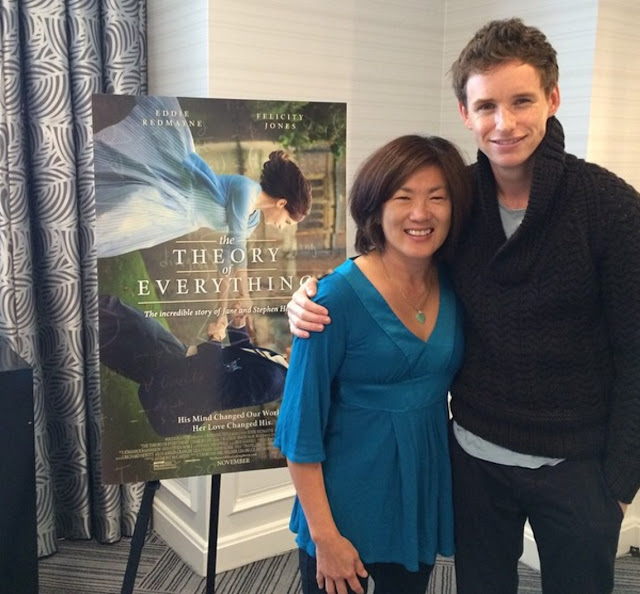 @TinaCase88: Got to meet and interview actor Eddie Redmayne. He is such a sweet guy.
You will love his performance… http://instagram.com/p/t8x6FRF7Lg via (x) (x) - Interview 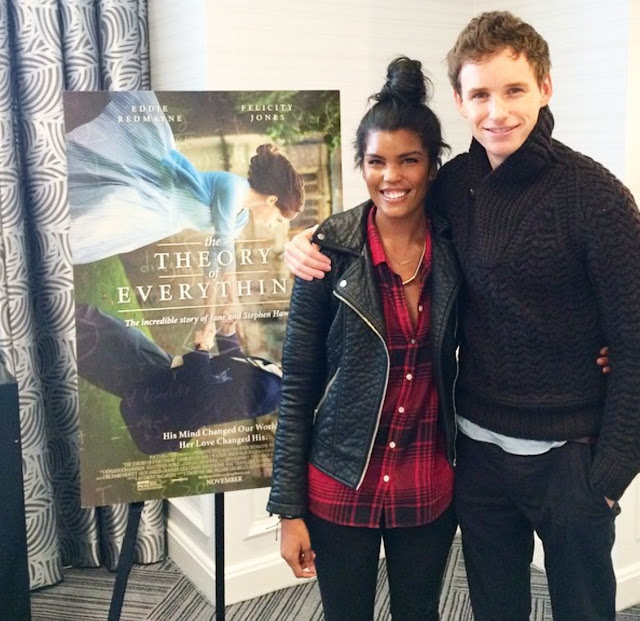 Courtesy @brittsteps on Instagram from San Francisco The Ritz-Carlton Oct. 8, 2014
"The second Eddie Redmayne referred to his sweater as a "woolly," I was done."
"There was a publicist in the room whose name was also Britt, and when I introduced
myself he said, "Look at this, a room full of Brits!" #imean"
THERE HE GOES, BEING ADORABLE AGAIN. via (x)

News: The Theory of Everything soundtrack is available for pre-order now
More infos here via (x)


Oscar Buzz: Who Are The Best Actor Frontrunners, And Who Could Still Surprise?
By Oliver Lyttelton | The Playlist Oct. 9, 2014
...Cheekbones-y Brits Benedict Cumberbatch and Eddie Redmayne also look solid for biopics "The Imitation Game" and "The Theory Of Everything." Cumberbatch is the more established name at this point (though like many of the frontrunners in this category, he'd be a first-time nominee), but Redmayne might have the showier role, as his Stephen Hawking slowly becomes physically trapped in his own body. Both are undoubtedly deserving, but the question is whether there's room for them both, given some of the competition still on the horizon.... 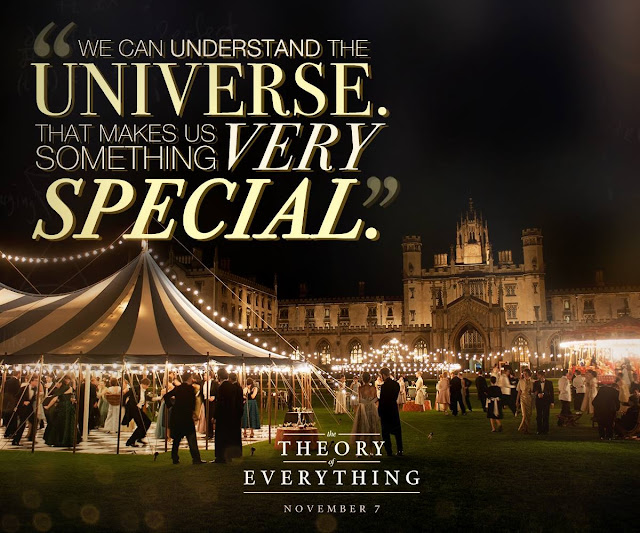 Here’s another stunning image and inspirational theme to promote The Theory of Everything. (x) via (x)

Email ThisBlogThis!Share to TwitterShare to FacebookShare to Pinterest
Labels: fan, festival, interview, Theory Of Everything