BAFTANY in Conversation with Eddie Redmayne

...“I’m honored that BAFTA has invited me to be part of its ‘In Conversation’ series in the great city of New York,” said Eddie Redmayne. “I have a special affection for the creative community in NYC, which I was made to feel part of when I was welcomed to Broadway a few years ago. To now have the opportunity to return and engage in a dialogue about film and culture is something I am hugely looking forward to.”...(x)
...The Theory of Everything star Eddie Redmayne took to the stage on Wednesday in a Bafta New York In Conversation event, which immerses stars in a discussion about their craft and career in front of a live audience.(x) 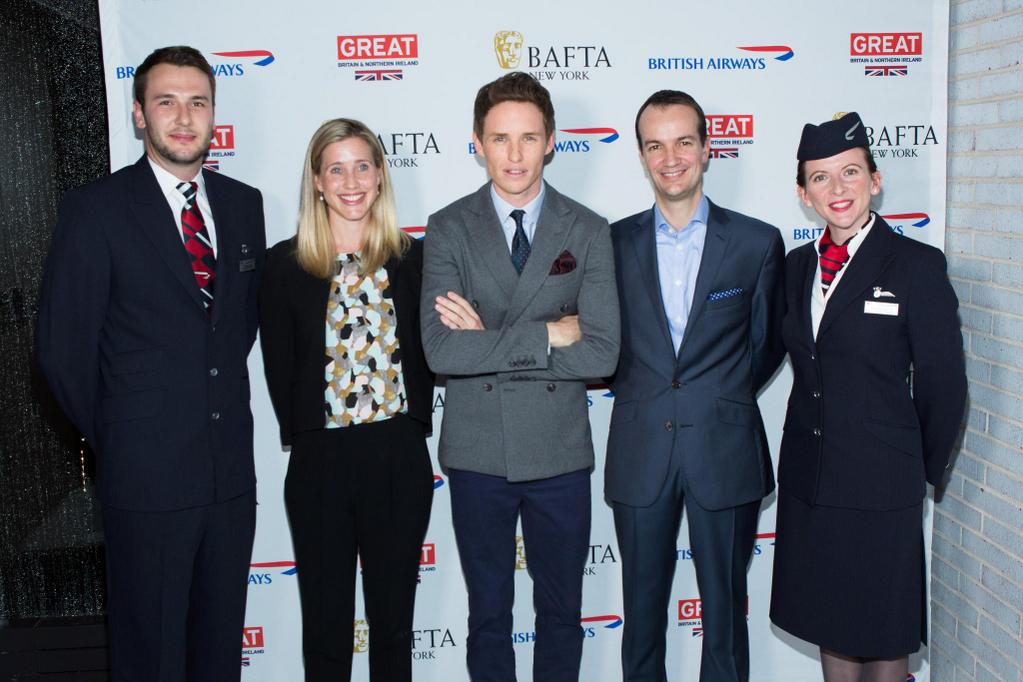 British Airways ‏@British_Airways: A great evening at BAFTA's "in conversation" with Eddie Redmayne.(x) 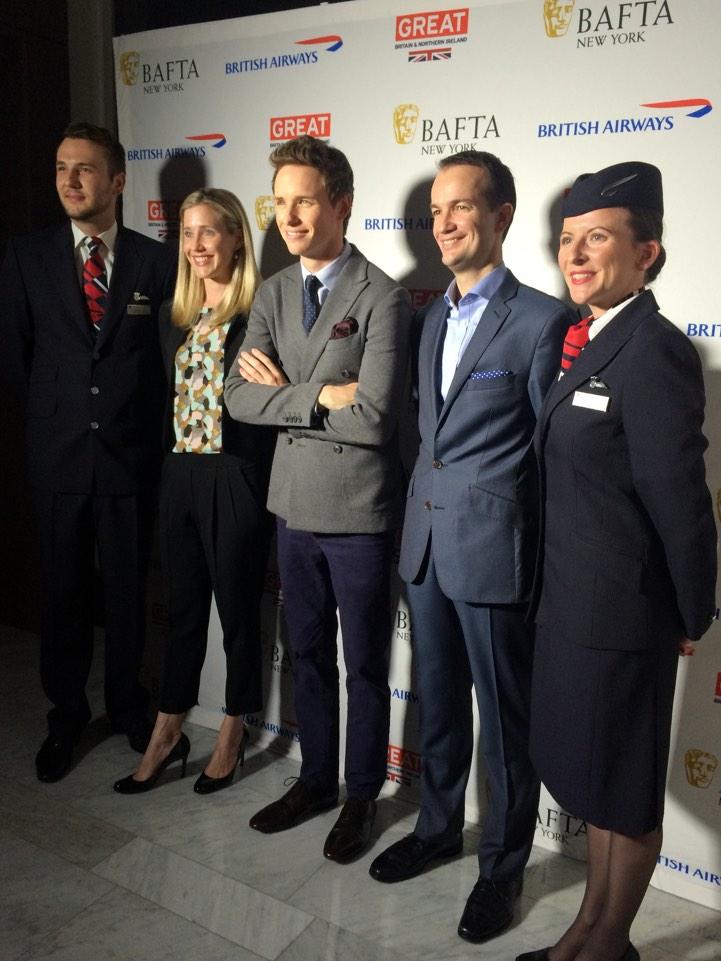 Eddie Redmayne knows precisely how to bend fashion rules, says GQ Magazine
after he separated suit pieces at a BAFTA appearance in NYC this week. (x) 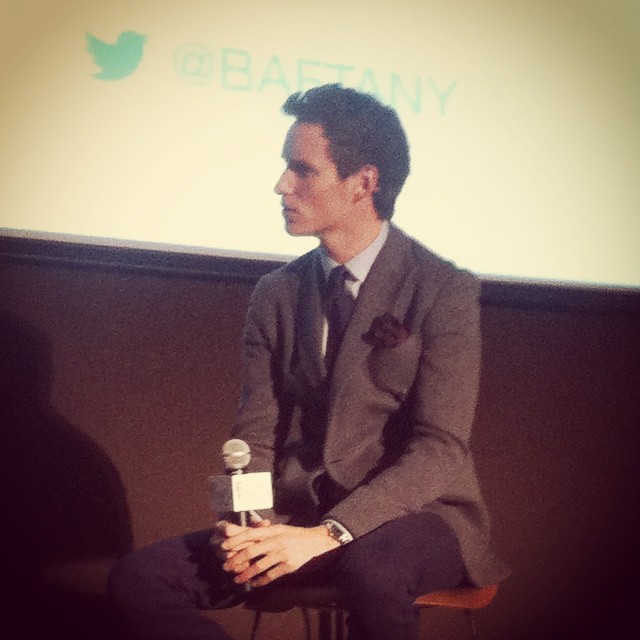 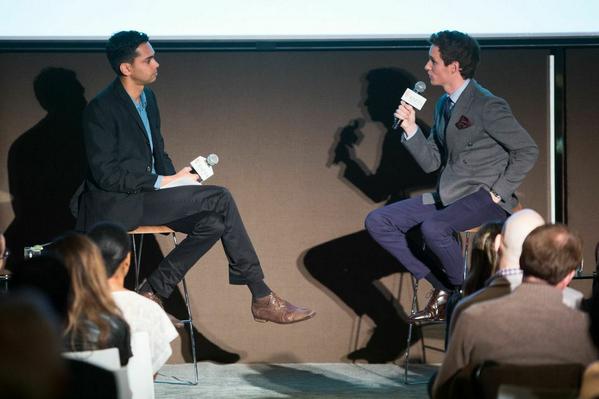 UKTI USA @UKTIUSA: Many thanks to BAFTANY for a GREAT evening
In Conversation with British actor Eddie Redmayne. Honored to be involved! (x)
JustJared:
Eddie Redmayne On Early Oscar Buzz for 'Theory of Everything': 'It's Properly Flattering'
Eddie Redmayne looks mighty fine as he suits up to attend his BAFTA New York In Conversation with Eddie Redmayne event held at The Standard Highline on Wednesday (October 22) in New York City.
The 32-year-old English actor was joined by moderator Susan Lopez and BAFTA New York chairman Luke Parker Bowles at the event where he talked about his latest film The Theory of Everything.
Eddie recently opened up about the early Oscar buzz he is getting for his portrayal of famous physicist Stephen Hawking in the flick.
“The stakes were so high from the word ‘go,’ from the second we got the part. They were such inspiring people,” Eddie expressed (via E! News). “The fact that they enjoyed the film was a great award. I think their story is a wonderful story and I would love people to go and see it. So any buzz and kind words, of course, it’s like properly flattering. I hope it encourages people to go see it.” 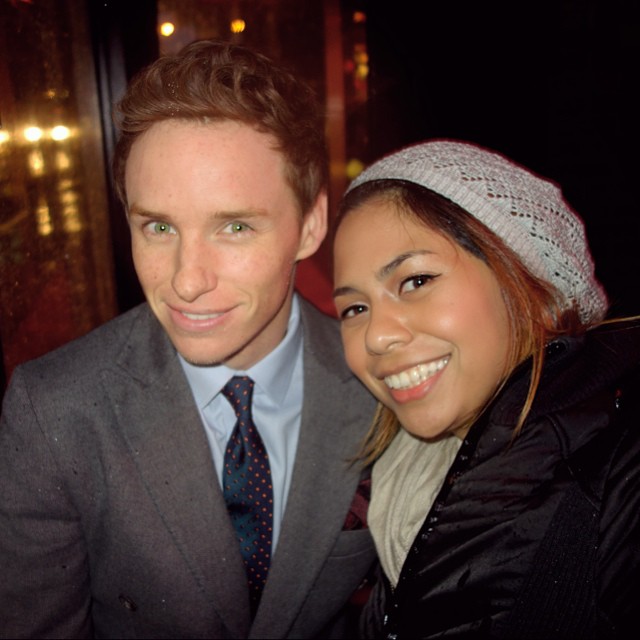 mypaperheart352: Ahhh so happy! Another one of my British boys >_< thank you Eddie for pulling us
inside so we didn't have take a picture in the pouring rain. Can't wait to see his new movie :D (x) via (x)

The actor was quizzed at Bafta New York...Here are some quotes (x): On his career.
I get to do something that I’m absolutely passionate about, that I’ve loved since I was a kid.
About his job as an actor.
You’re doing this to be a storyteller and you want people to see the stories. It’s easy when its something you care about.
Another quote about acting and what he does for each role. LOVE this!
I try and pour everything in, even with the smaller films like Savage Grace and The Yellow Handkerchief.
On making his film choices
You’ve got to love the variety and challenge yourself in different ways.
About his My Week with Marilyn co-star Emma Watson.
She’s an extraordinary woman and a great actress. 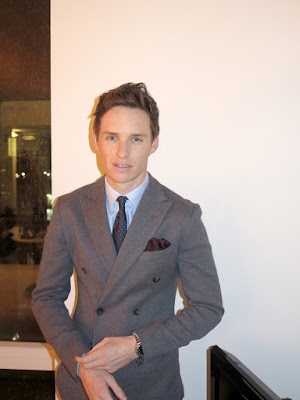 Update 29 Oct. 2014 - The Standard:
Eddie Redmayne on Kissing His First Boy and The Colorful Life of Acting
In our ongoing partnership with the New York branch of BAFTA, the delightful Mr. Redmayne was at The Standard, High Line for a BAFTA New York, In Conversion talk and was kind enough to chat with us one-on-one about art, awkward sex scenes, and the role of a lifetime. 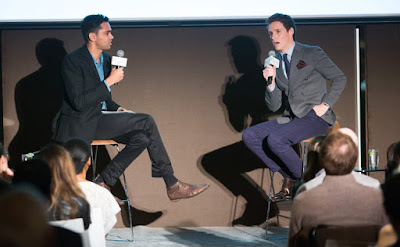