Eddie Redmayne and Felicity Jones are back in LA, breaking hearts with The Theory of Everything. (x)
They attended a screening with Q&A session on Sunday. 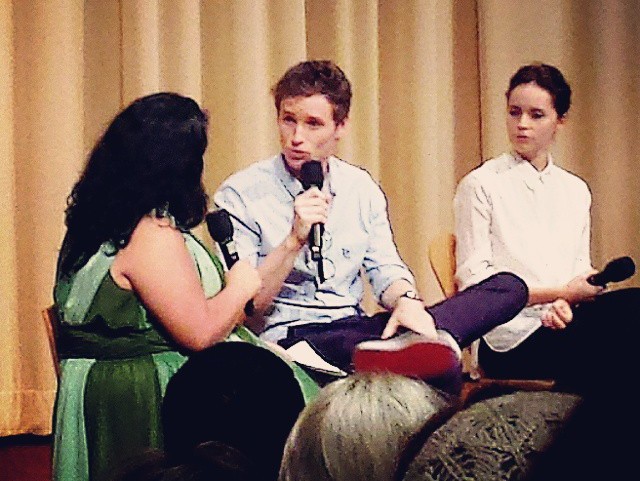 #Special #Screening and Q&A session for: “The Theory of Everything”. My new favorite movie.
What a #Sunday #treat! #Oscar goes to… #EddieRedmayne… #AndScene #Hearts (x) via (x) 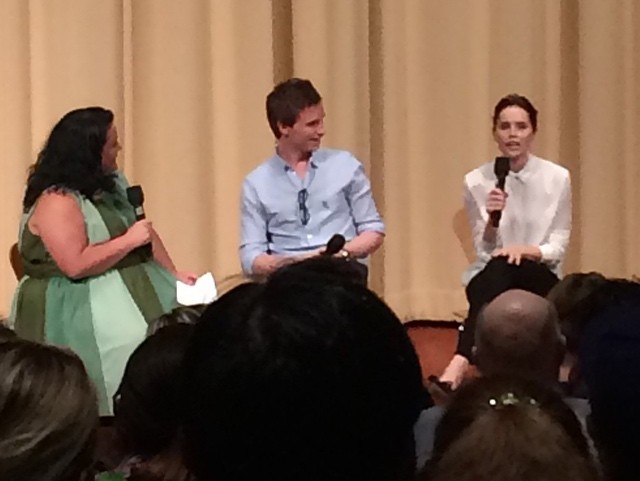 Had the privilege of watching an early showing of a phenomenal film about #stephenhawking coming out
this year called #thetheoryofeverything #eddieredmayne & #felicityjones did a wonderful Q&A after the
screening. It’s interesting that this film was made to capture his life, struggle and purpose but the love story
between Stephen and his wife Jane was so strong, tragic and beautiful it had me in tears several times
throughout the film. I highly recommend it to anyone. I’m sure the love story touched me so deeply because
like my own experiences, they knew there was an unavoidable ending before it even began, which always
heightens & intensifies feelings, moments and emotions that are impossible to recreate or duplicate ever again
with anyone else. #hopelessromantic #ilovemovies #sap #ilovela #hollywood #oscarworthy (x) via (x) 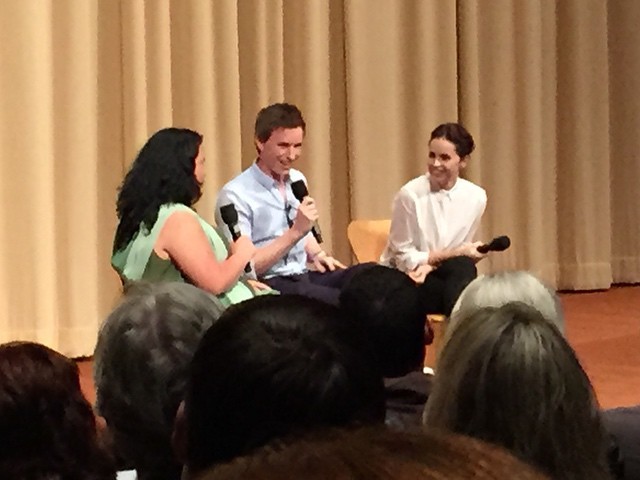 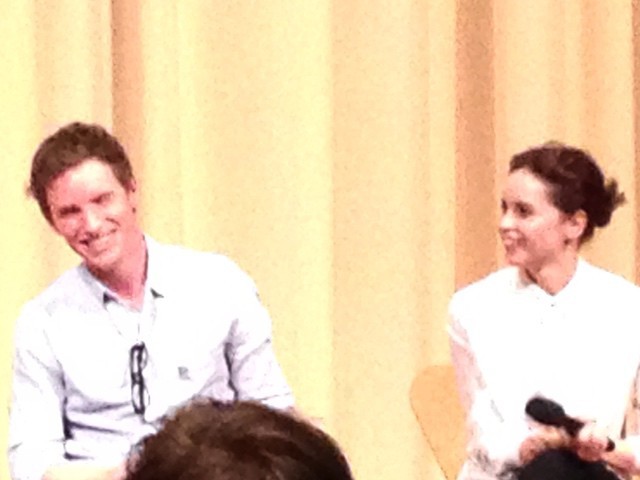 Just saw The Theory of Everything and Q&A with Eddie Redmayne and Felicity Jones!!!
You have to see it! Eddie will win all awards for best actor for playing Stephen Hawking!
#stephenhawking #eddieredmayne #felicityjo (x) via (x) 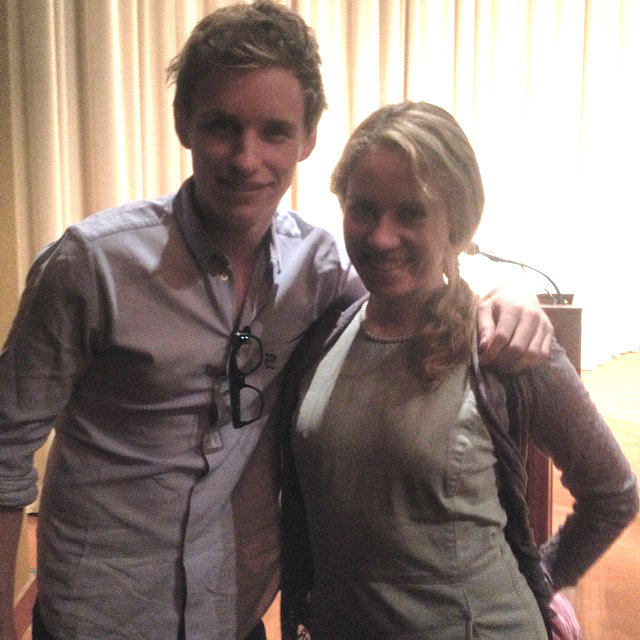 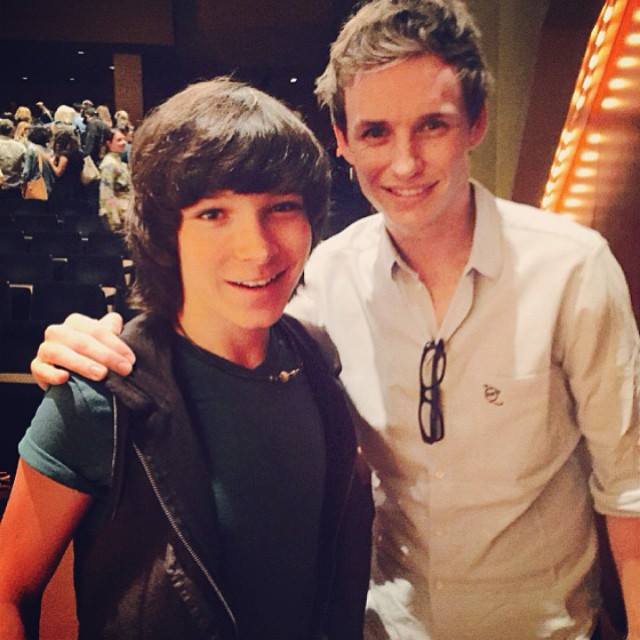 Dalton Cyr: Me with Eddie Redmayne at the SAG screening of the awesome new movie
"Theory of Everything",...Beautiful cinematography and a wildly inspiring movie! Go see it!
(x) via (x)

FilmJournal:
The cosmology of love: James Marsh chronicles the journey of Stephen and Jane Hawking in 'The Theory of Everything'

...“The first week we shot all the Cambridge exteriors,” the actor recalls. “So the first day of filming was: first scene fully healthy, at lunchtime I was on two walking sticks, and in the afternoon I was in the second wheelchair. But I had spent five, six months going to motor-neuron disease and ALS clinics in London, meeting a doctor there and maybe 30 or 40 people suffering from this disease and their families. And I had taken in photos—because there’s no footage of Stephen when he was young, just photos. How ALS manifests itself in each person is very different; when the upper neurons stop working, there is spasticity and a rigid quality, and the low ones cause a wilting. ALS is a mixture of those two things, and where in your body each manifests itself is very different. So by taking these photos to the specialist, she would look and say, ‘Oh, probably the hand went first, then maybe the foot…’ So it was me trying to work out what that progression was. I worked with a choreographer to try to find a way of putting that into my body. I wanted to do all that work early so that when it came to filming—because this isn’t a story about a disease, it’s an unconventional love story—it would be more embedded, more second-nature. That was the plan, anyway!” he laughs...
NY Times video:
Directing ‘The Theory of Everything’
James Marsh discusses 'The Theory of Everything'

My life as Mrs Hawkings- a new film starring Eddie Redmayne
Jane Wilde about her marriage with Stephen Hawking.