JustJared article and gallery of the event:
Eddie Redmayne Opens Up on Early Marriage in 'Theory of Everything':
'It's Incredibly Admirable'
Eddie Redmayne is all smiles while attending the official Academy Members screening of his latest film The Theory
of Everything held at the Academy Theater at Lighthouse International on Tuesday (October 21) in New York City.
The 32-year-old English actor was joined by his co-star Felicity Jones, producer Lisa Bruce, and screenplay writer Anthony McCarten at the event. theacademy: The Academy’s Patrick Harrison moderates an Academy Conversation with
the leads of the forthcoming Theory of Everything, Eddie Redmayne and Felicity Jones,
producer-screenwriter Anthony McCarten, and producer Lisa Bruce. Eddie Redmayne at the AMPAS hosts an official Academy members screening
of "The Theory Of Everything" on Oct 21, 2014 (x) 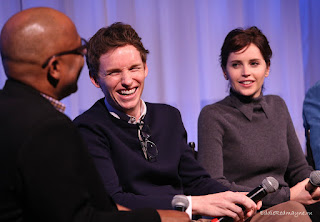 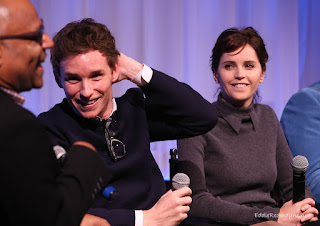 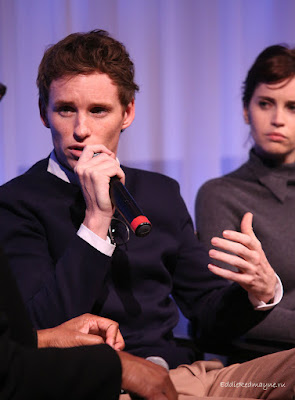 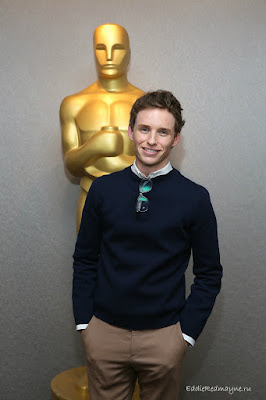