Pre-screening hosted by the Milners and more

Stephen Hawking introduces a pre-screenign of The Theory of Everything
a magical evening with Eddie Redmayne at the home of Yuri and Julia Milner. It is a fantastic film.
After the pre-screening, Eddie takes questions from the audience about his portrayal in the film.
Yuri Milner is a Russian Internet Investor, Billionaire, he used to work as a Theoretical Physicist (x) 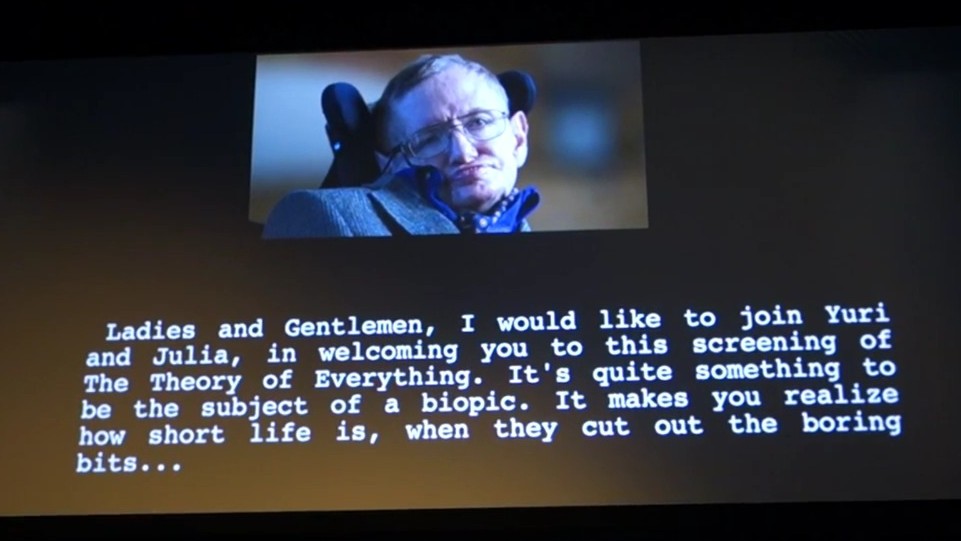 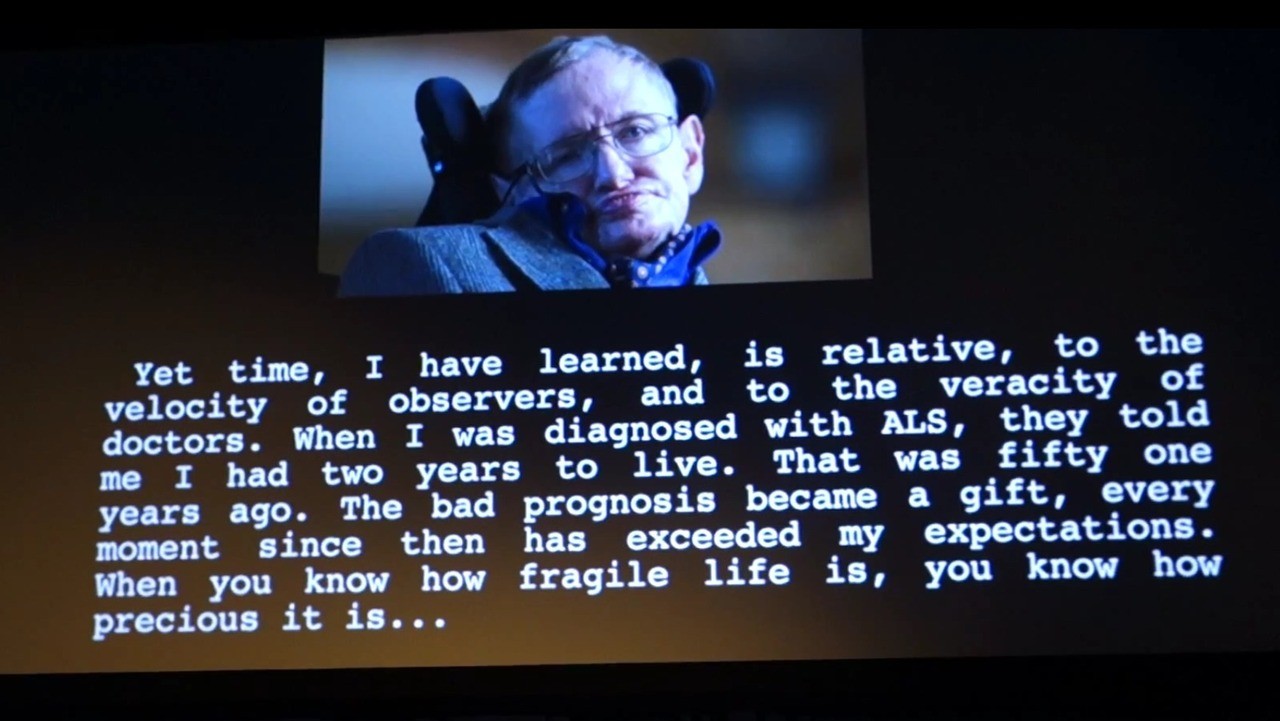 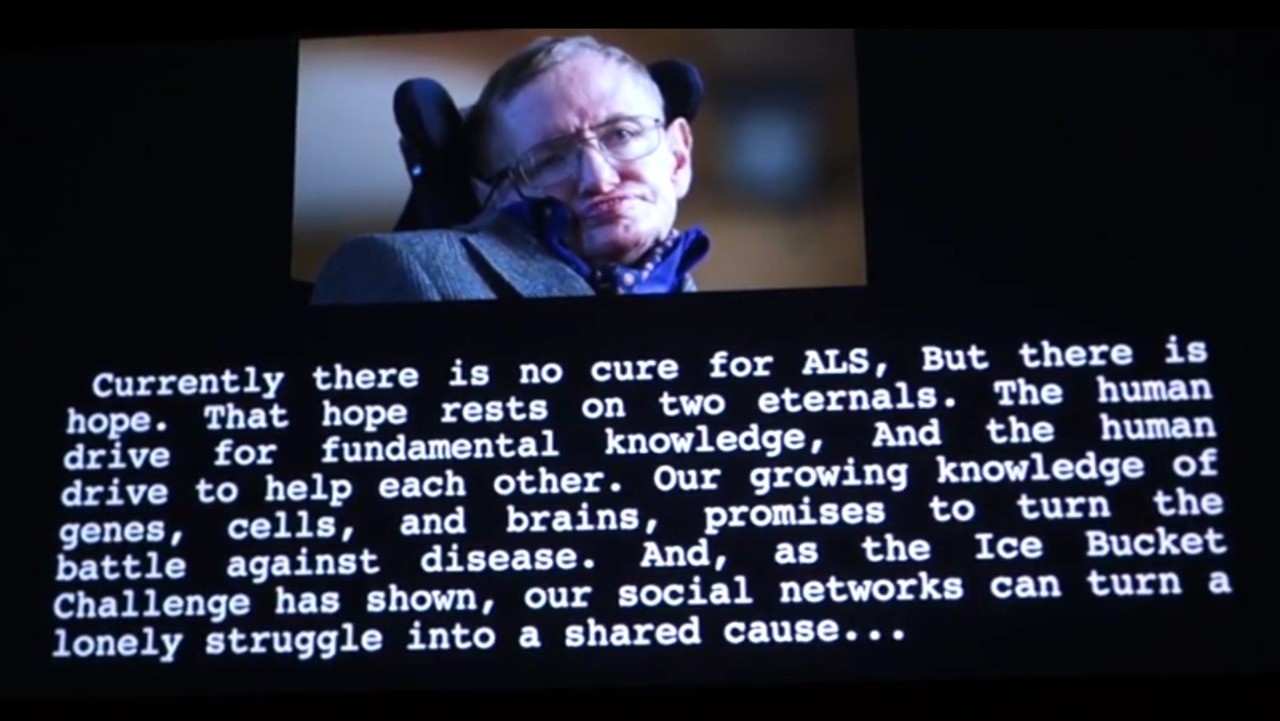 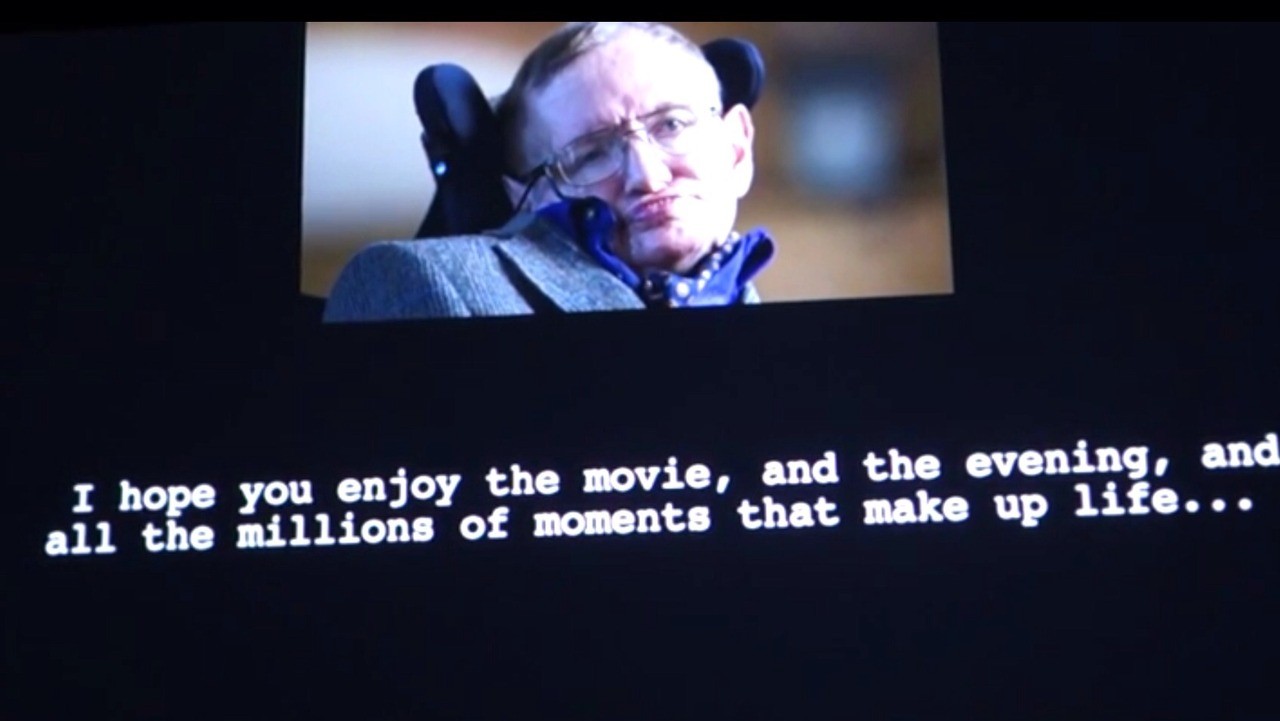 EDDIE REDMAYNE REMINDS AT EVERY APPEARANCE HOW THE THEORY OF EVERYTHING
IS ABOUT THE BRAVERY, HUMOR & OPTIMISM OF STEPHEN HAWKING, & THE FEROCITY AND
STRENGTH OF JANE WILDE. IN THAT SPIRIT, PLEASE TAKE A MINUTE TO READ THIS BEAUTIFUL
RECORDED INTRODUCTION BY DR. HAWKING AT A PRIVATE SHOWING OF THE FILM IN
SILICON VALLEY, CALIFORNIA ON OCT. 11, 2014. (x) 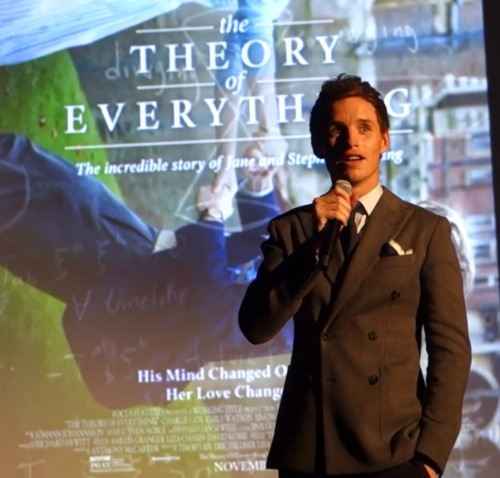 bespokeredmayne: AMAZING VIDEO! Stephen Hawking (recorded) & Eddie Redmayne (live) intro
private The Theory of Everything showing at Silicon Valley home of Yuri and Julia Milner. This leaves no
doubt about Hawking’s endorsement of the film — which he does with his usual self-deprecating humor. 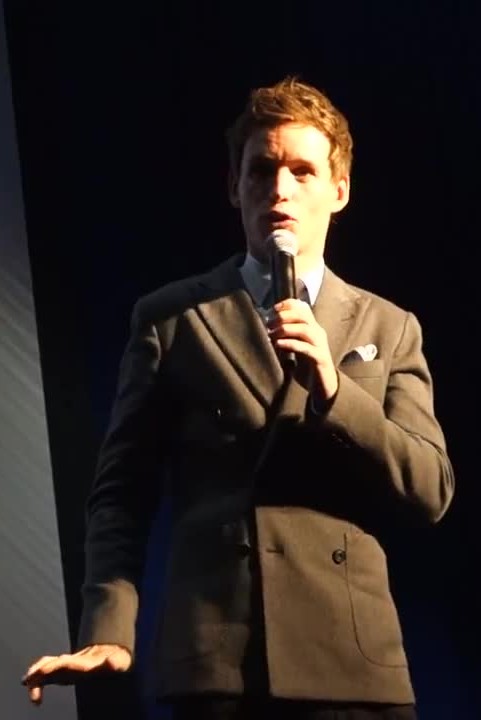 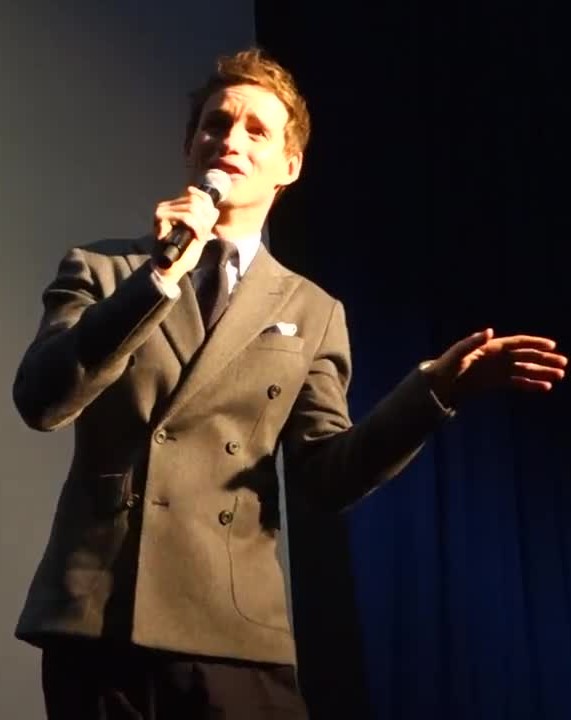 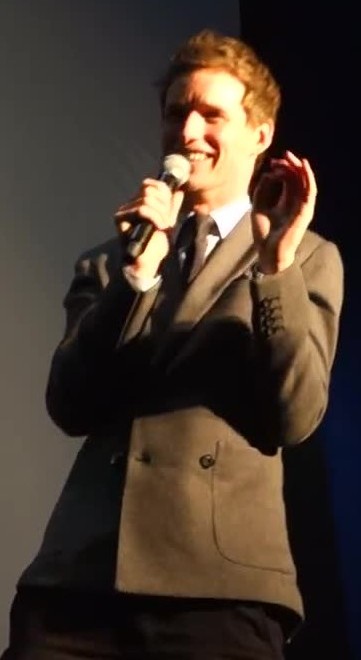 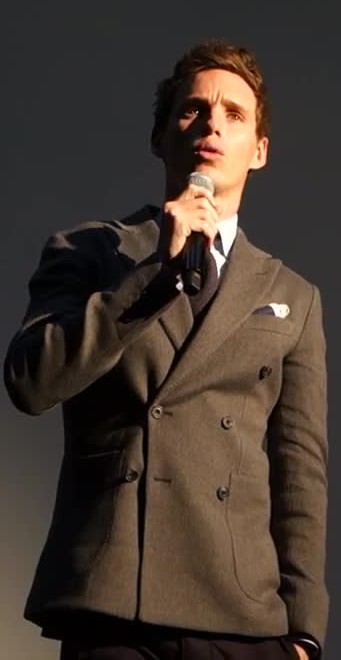 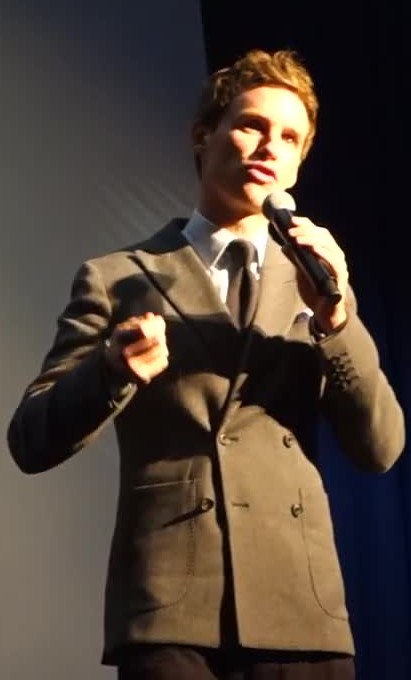 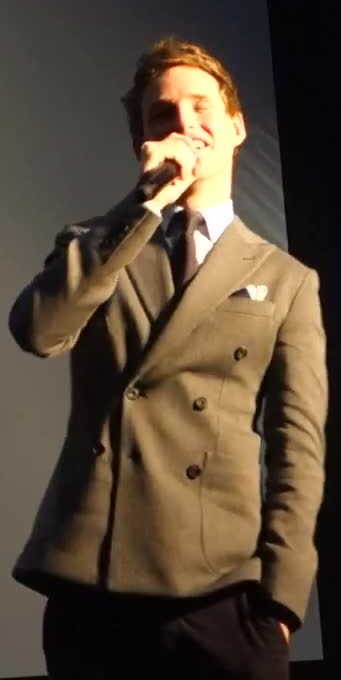 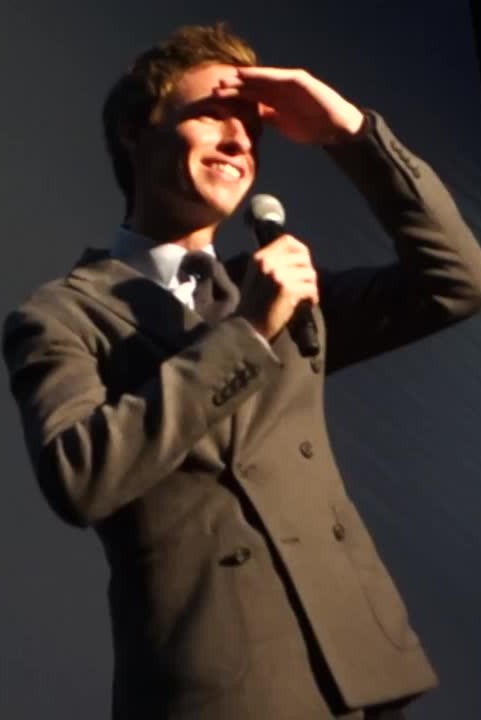 captures from the video (x) 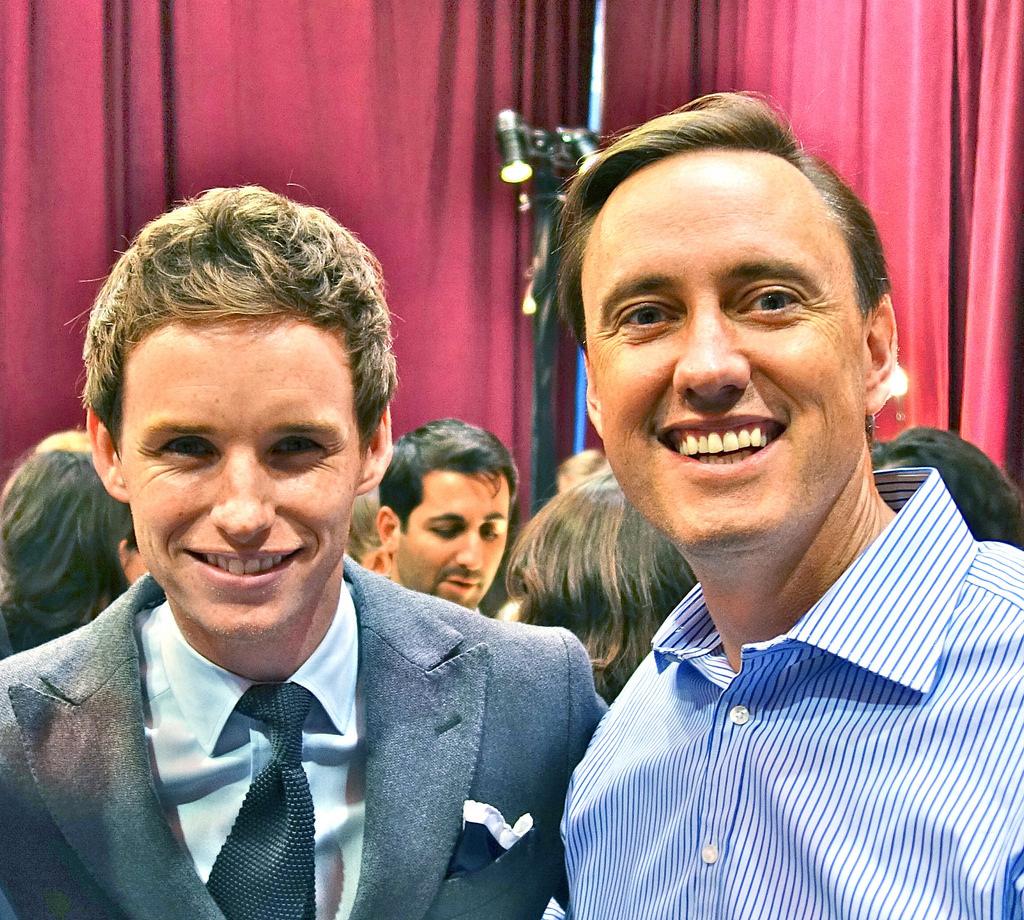 Steve Jurvetson: Redmayne == Best Actor for his portrayal of
@Prof_S_Hawking. Saw both tonight 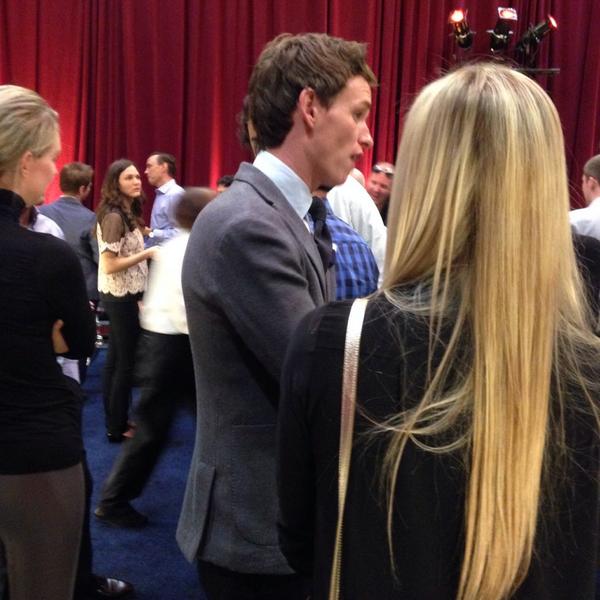 Eric Cohler: Eddie Redmayne at private San Francisco screening
of his new film "The Theory of Everything." Oscar buzz? 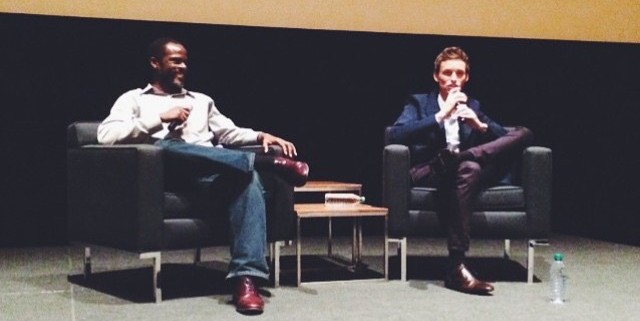 bespokeredmayne: Still in San Francisco: “Eddie Redmayne at a Q&A today after a screening of
“The Theory of Everything”. Guys. This movie. It was beyond special.” (Mzimm on Instagram) Phenomenal performance by Eddie Redmayne – “The Theory of Everything”.
A moving biopic on the life of Stephen Hawking (x)

Other tweets about the film and Eddie:
- Attended the screening for The Theory of Everything in Lucas Film … "And the Academy award for best actor goes to #EddieRedmayne" FANTASTIC! (x)
- PLEASE go see this when it comes out, it's an incredibly interesting and moving film and Eddie Redmayne is amazing. (x)
- Listening to #EddieRedmayne speak about playing #StephenHawking after a showing of the… (x) He had three images - Einstein with his tongue out, James Dean & a Joker in a pack of cards.  goldiecylon on instagram
- I am ready to watch "The Theory of Everything" again, even though I attended the screening today #film #EddieRedmayne … this one is a keeper (x) 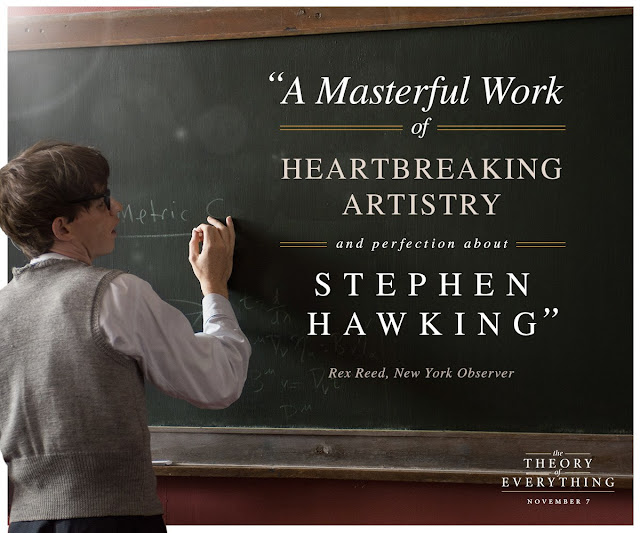 Email ThisBlogThis!Share to TwitterShare to FacebookShare to Pinterest
Labels: Q&A, Theory Of Everything