Eddie Redmayne was the guest of honor at the 43rd annual youth Giffoni Film Festival in Italy. He was awarded the Giffoni Experience Award as an acknowledgement of his brilliant career. The participants of this festival are children from 6 to 18 years.
Video about the 8. day of the festival 26.07.2013. Eddie's in it from 1:40 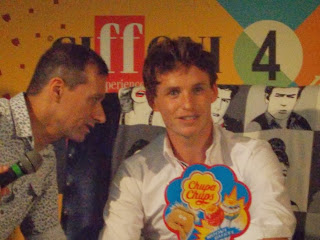 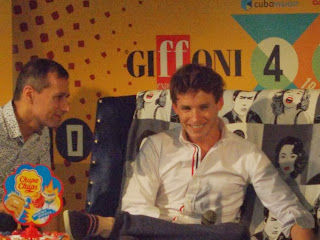 He talked about his career and his role best known so far in the movie My Week with Marilyn. Working with Michelle Williams in the movie was fantastic, a unique experience, because they shot in London in the same studios where filmed The Prince and the Showgirl. They were shooting Pirates of the Caribbean and Hugo Cabret at the same time, and they met with strange characters in the corridors. During the meeting with the press Eddie was funny, often laughed, disproved the myth about the coldness of the true Anglo-Saxons. The informations about his latest film with the Wachowskis are top secret, but Eddie talked about what was it like to work with them: "They have imagination beyond anything I can possibly imagine. My God...It's exciting working with them, because you turn up at work every day and you have to try - sort of - raise your imagination to the level of their imagination. In relation to the script - I can't talk about it....The experience was completly unique for me, unlike anything I ever done before and I've enjoyed it hugely."
Eddie Redmayne working in the film industry for 10 years, but the theater was his first love. "Make good movies and be considered an artist." Eddie been asked for his opinion on the event of the century: the birth of the Royal Baby, little George. He gave a diplomatic, but at the same time funny and kind answer.

YouTube video playlist with interviews, live singing and videos from the meeting and the blue carpet 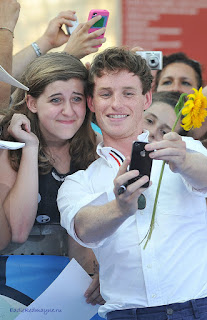 During the very of saturated conversations with the participants of the festival Eddie said that he already rehearsing Stephen Hawking. The project, however, is in the early stages of preparation, and now Eddie mainly studies the biography of this great man. As for the movie «Jupiter Ascending», Eddie finished his work on it.
He also talked about working on one of his early pictures — Elizabeth: The Golden Age : "This film is a sequel to the film« Elizabeth», for which Cate Blanchett was nominated for«Oscar». And she stood in between takes, and rehearsing different accents and intonations, saying «England», «Britain», «Duke», and so on. And I looked at it and thought you were nominated for«Oscar» for this role already played her in the previous film, do you still learn and rehearse? It has opened my eyes then — those who have achieved something, work more than others. And continue to work despite their achievements. "

At the end of the second conversation Eddie sang live "Do you hear the people sing", one of the songs of Les Miserables.


Eddie in the blue carpet with fans 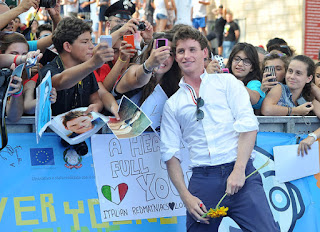 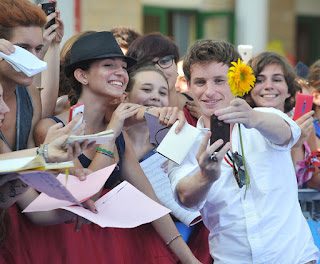 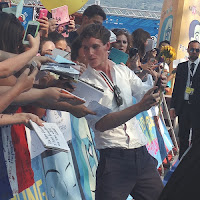 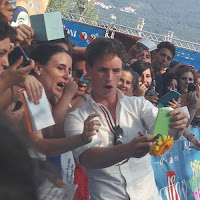