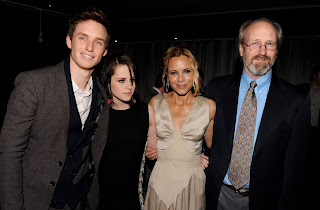 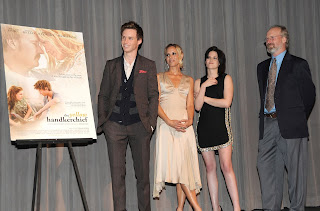 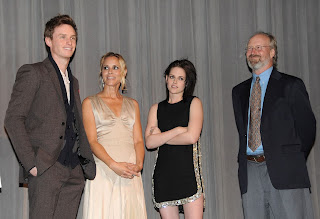 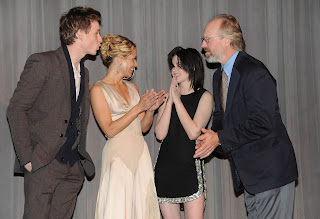 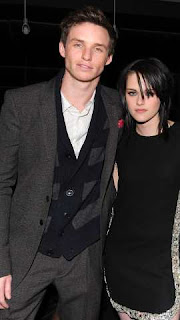 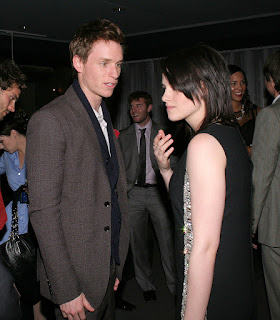 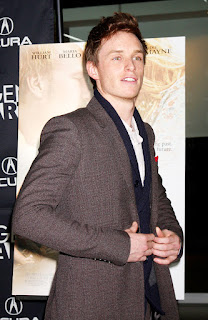 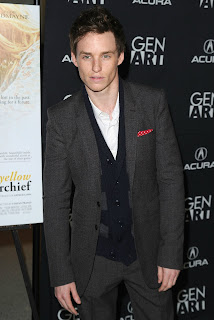 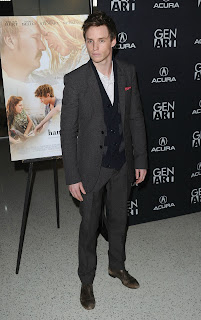 The story of Redmayne, who plays Gordy, is unexpected. He fits effortlessly into the role of the scrawny, uncertain 15-year-old Louisiana kid. Yet I learn he is 27, a Brit who went to Eton, a veteran of Shakespeare and Edward Albee. ( x ) 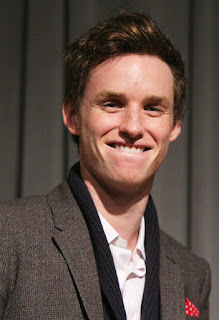 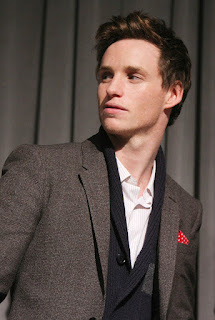 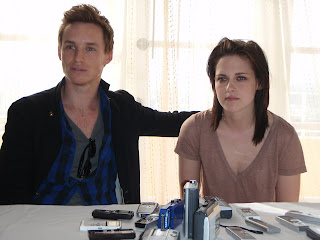 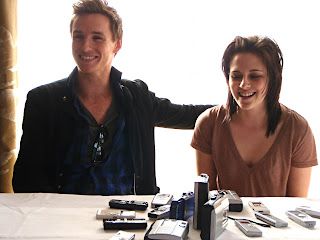 Kristen Stewart exclusive on kissing
Kristen Stewart revealed exclusively to The Dish Rag which actor was a better kisser, her "Twilight" vampire lover Edward Cullen (a.k.a. Robert Pattinson) or Eddie Redmayne, the hot young British actor who plays Gordie, her love interest in the tender romance, "The Yellow Handkerchief."
"Gordie," she replied quickly. Eddie challenged her, laughing and adding, "You said the right thing. If Rob were sitting there, would you have said that?" "Absolutely," Kristen replied.
Wow. Since Bella and Edward's kiss won Best Liplock at the 2009 Teen Choice Awards,
Gordie's kiss must really be something.

Kristen Stewart & Eddie Redmayne On Bonding In New Orleans & Robert Pattinson’s British Boy Pack
"... the two stars revealed toAccessHollywood.com on Thursday that Kristen learned her first details about her then-upcoming co-star Robert Pattison from Eddie, who turned out to be a R-Patz pal...
...Due to her age at the time, Kristen’s family lived with her while she played the part of Martine, a lost 15-year-old, and when they realized Eddie was an Englishman alone in New Orleans, they took him out. “I remember your family [was] there as well. I was like, all by myself and Kristen kept thinking I was this sort of lost British loner, but I remember it was Mother’s Day or something and we went into The Quarter…”
“And had brunch,” Kristen chimed in.
“Her family invited me to Mother’s Day,” Eddie said smiling."
(You can watch the AccessHollywood.com interview, it's in the YouTube video playlist.)