The National Youth Music Theatre is based in London, runs acting workshops, auditions and productions for young people aspiring to be an actor. Eddie is an alumni, he performed with the theatre from 1998. 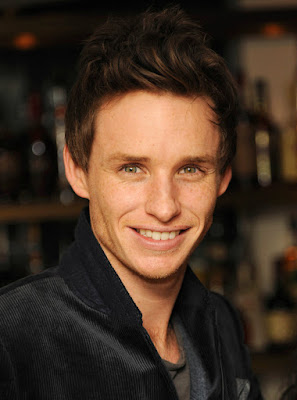 THE BALLAD OF SALOMON PAVEY
(the production which led to the development of the NYMT).
The musical, performed by twenty boys at the school, was based on the life of the 17th century boy actor, Salomon Pavey. Presented originally in 1976, when it won The Scotsman Fringe First Award at Edinburgh, the original cast included a 13 year old JASPER BRITTON. Moving to The Young Vic, the cast then featured a 12 year old PETER DARLING, (choreographer of BILLY ELLIOT), and again
in 1999, a production at Shakespeares Globe saw a teenage EDDIE REDMAYNE in a leading role. ( x )

"So, off the back of that I went to do National Youth Musical Theatre with the likes of Eddie Redmayne and Sheridan Smith and Tom Chambers. We were all in kind of the same… with people like Jude Law years ahead of us. I did it for about three or four years and got the best training experience ever. It was at a time where Andrew Lloyd Weber was the sponsor and we did the show at the end of the festival." 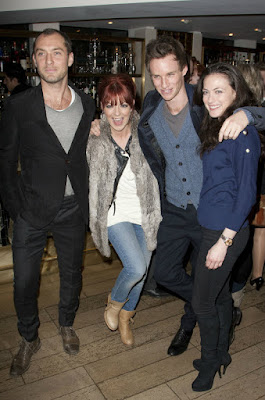 Anyone dining at the ivy Club that night was in for a real treat.
Singing a medley from Joseph and the Amazing Technicolour Dreamcoat, the actors were accompanied on the piano by Tony Award-winning composer Jason Robert Brown, who is to direct his Broadway debut 13. Eddie went to the diner right after the Burberry fashion show, so he wore the same clothes.
HQ photos here

Articles about the event:
Jude Law and Eddie Redmayne sing for their supper!
Giving something back: Jude Law teams up with the best of British talent to raise money for National Youth Music Theatre
If only they sang together 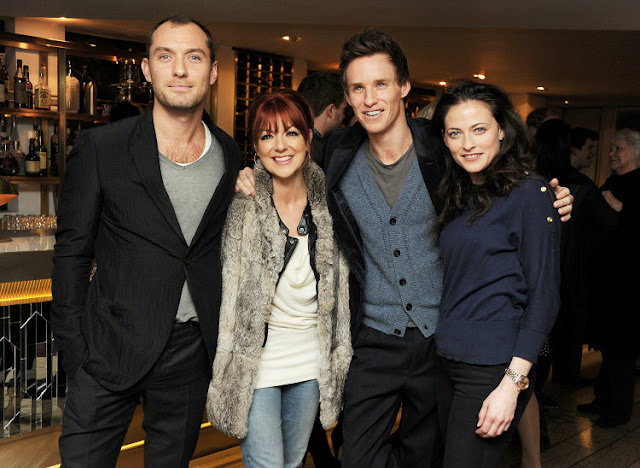 From left to right: Actor Jude Law, Sheridan Smith with Eddie Redmayne, the lead in My Week with Marilyn
and star of Birdsong, and True Blood actress Lara Pulver.
They would make a very attractive chorus line. 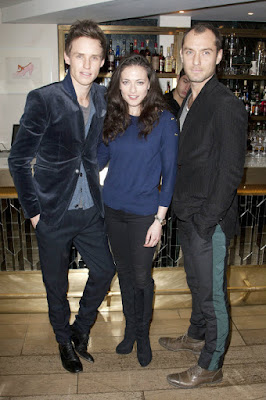 NYMT alumni lend vocal support to Jude Law at bursary launch
Jude Law called his time at NYMT an "incredibly formative" part of his career. "I look back now, and as someone who didn't go to drama school, it was my training ground. I introduced an awful lot of discipline," he said.
Law also praised the breadth of youngsters who joined the company, jokingly telling those gathered at the event that NYMT rehearsals were the first time he'd met youngsters from as far away as Cumbria and Eton.

The site of the founder of NYMT:
Jeremy James Taylor - Casting

December 2012 - The Big Screen
Les Misérables is dominated by NYMT alumni – including new dad (congratulations!) MIKE JIBSON(Tin Pan Ali 1996, Bugsy Malone 1997, The Kissing-Dance 1998), EDDIE REDMAYNE(The Ballad of Salomon Pavey 1999), ADAM PEARCE (Pendragon 1998, OKLAHOMA 2000) and mention could be made of an honorary NYMTer as a result of her contribution towards NYMT in Concert with Matt Lucas and Friends of Poster Girl ISABELLE ALLEN who plays Young Cosette. The film also features MARC PICKERING (1996-2002), GINA BECK (1997-2000), KATIE HALL (2006-7), KERRY ELLIS(1990), JAMIE MUSCATO (2006-7) and TOBY TURPIN (13 The Musical 2012).
November 2011
Busier than ever, EDDIE REDMAYNE (NYMT 1998), whose latest film, MY WEEK WITH MARILYN, opens soon, is about to give his RICHARD II at The Donmar Warehouse directed by Michael Grandage

December 2009
EDDIE REDMAYNE (1998) is never off the cinema screen with GLORIOUS 39 currently opening and BLACK DEATH in the pipeline.On stage he is in the new production of RED at The Donmar Warehouse.

Recently uncovered photos from the early years (update Feb.25,2015)
incl. a photo from the NYMT production 'The Ballad of Salomon Pavey'