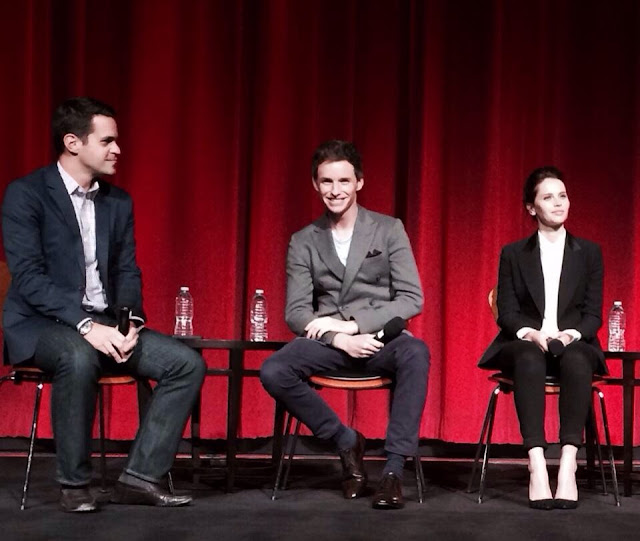 "@davekarger: The Academy crowd loved The Theory of Everything tonight.
#EddieRedmayne & #FelicityJones are both surefire nominees." via (x) 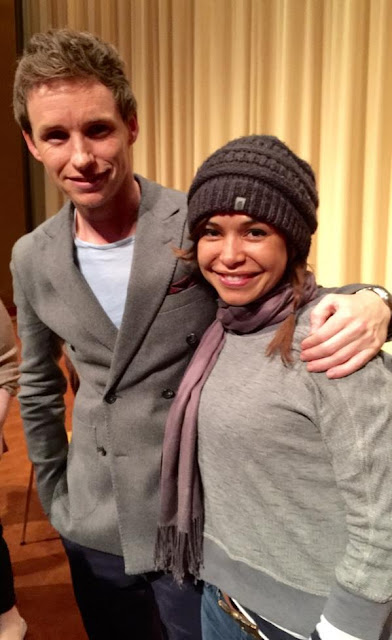 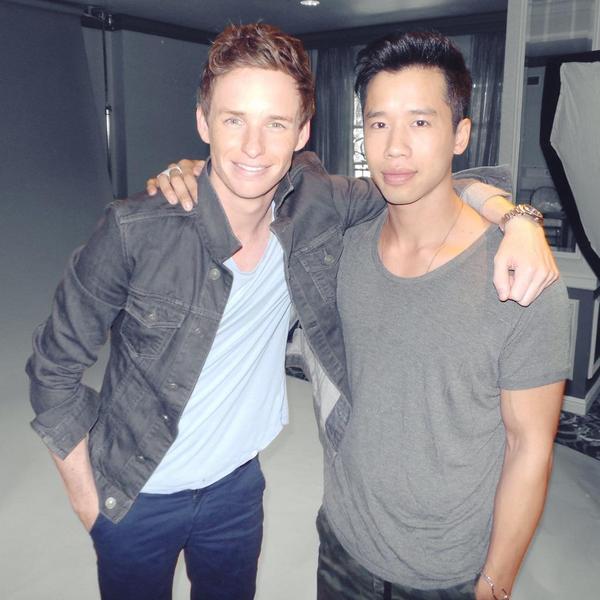 Mornings with Eddie Redmayne. One of the nicest human beings on the planet! (x) via (x) 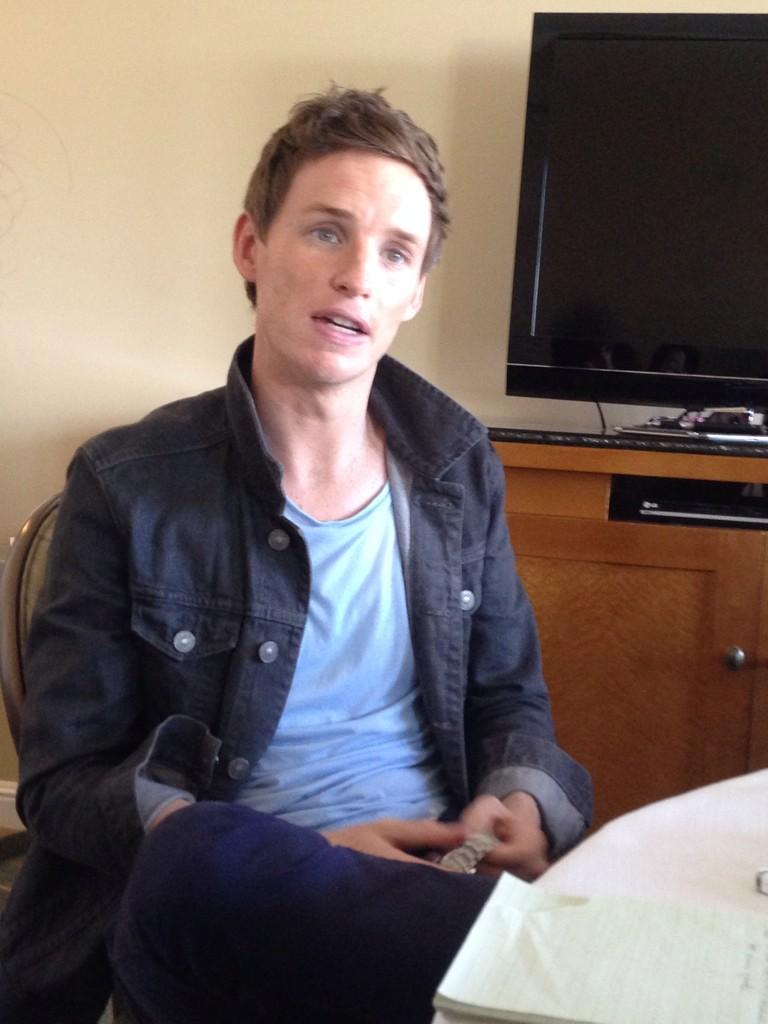 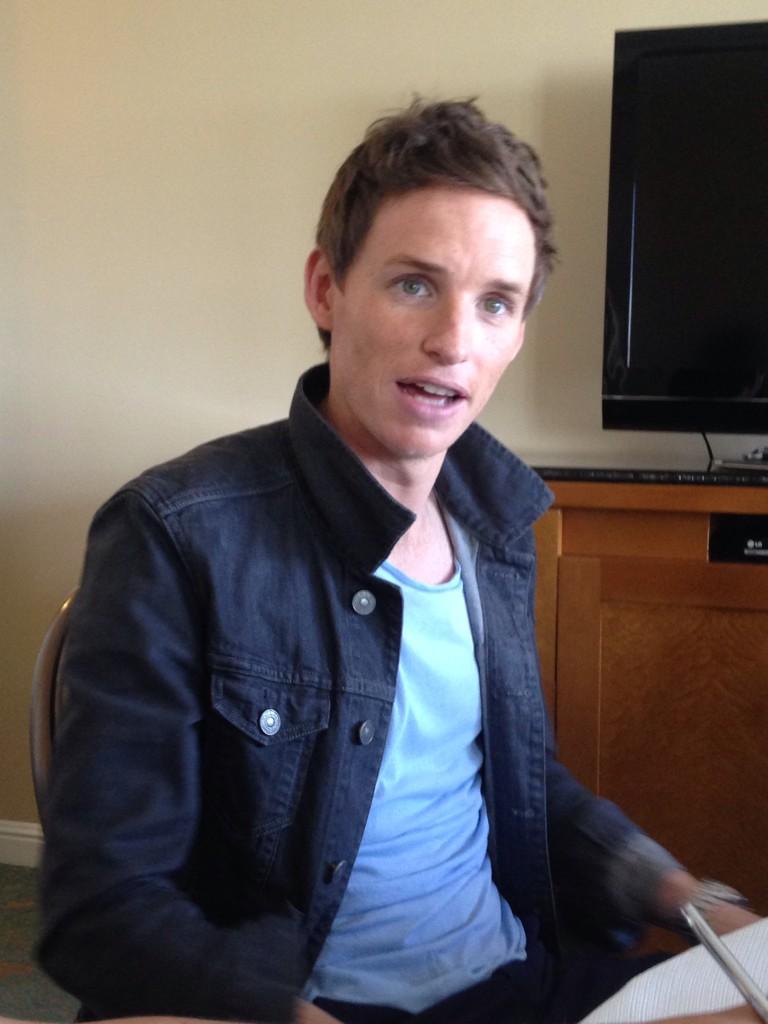 The Theory of Everything press day. Eddie Redmayne talked about love story and his nails.
Yes! He is cute as in person too! (x) - (x)
Call yourself a feminist?
Eddie joined the campaign, this photo was published last week. News: Felicity Jones set to guest on Tonight Show With Jimmy Fallon Tues Nov 4 for
The Theory Of Everything 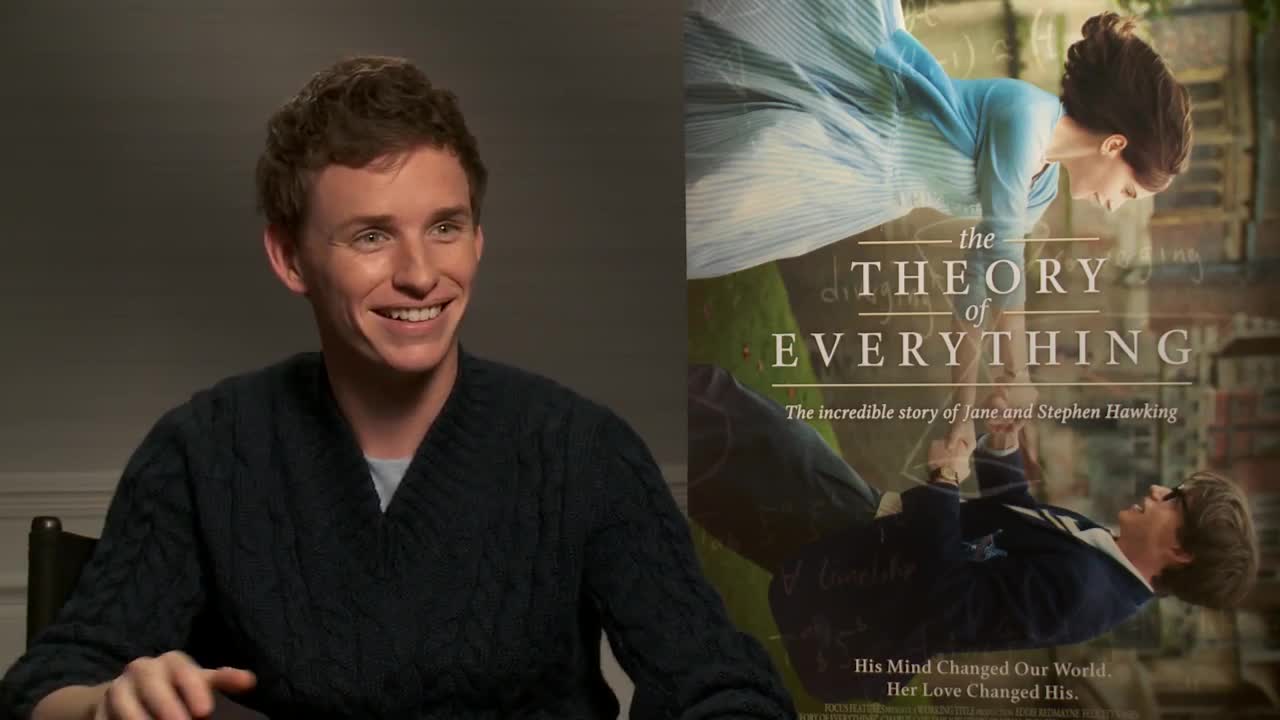 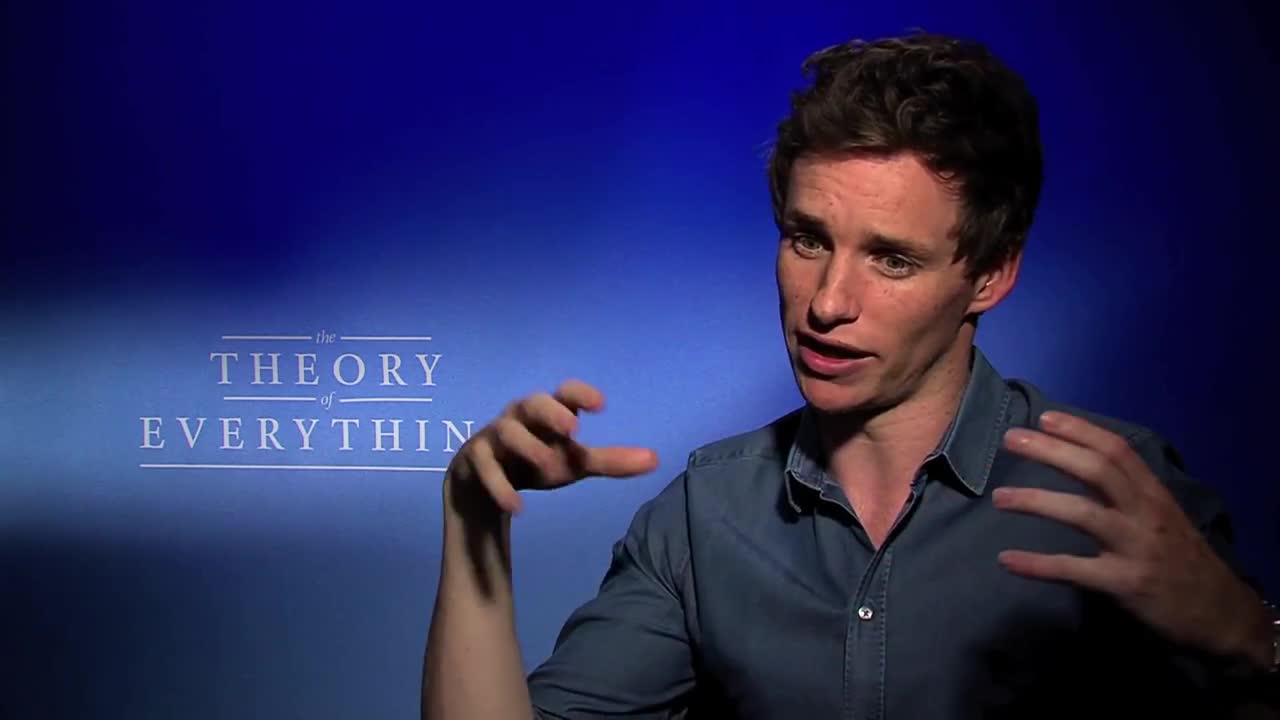 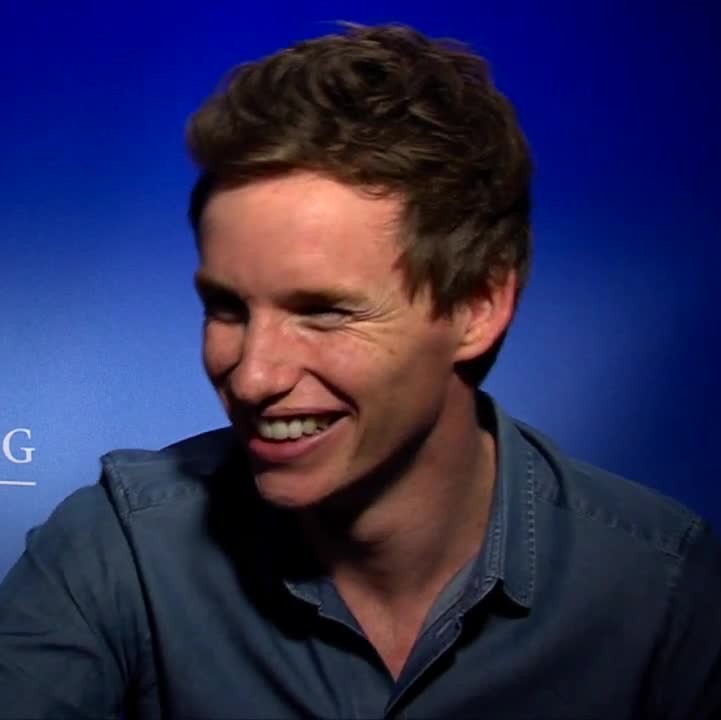 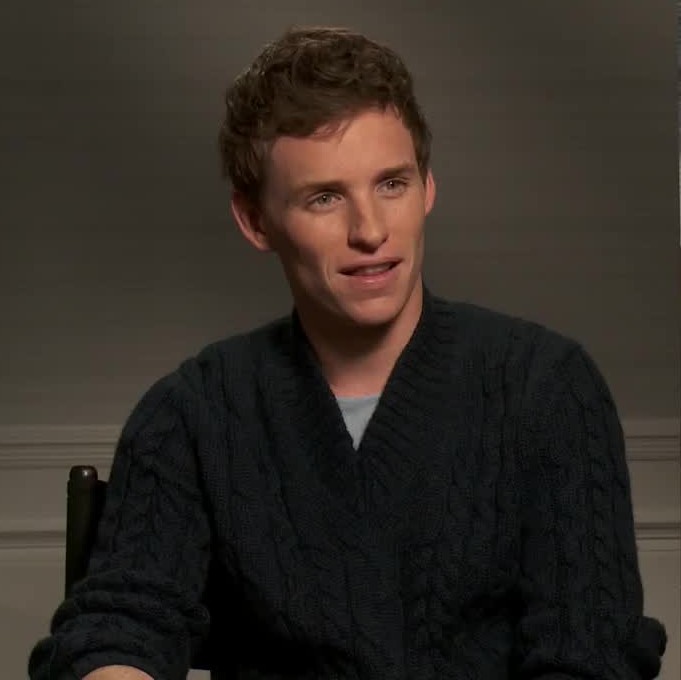 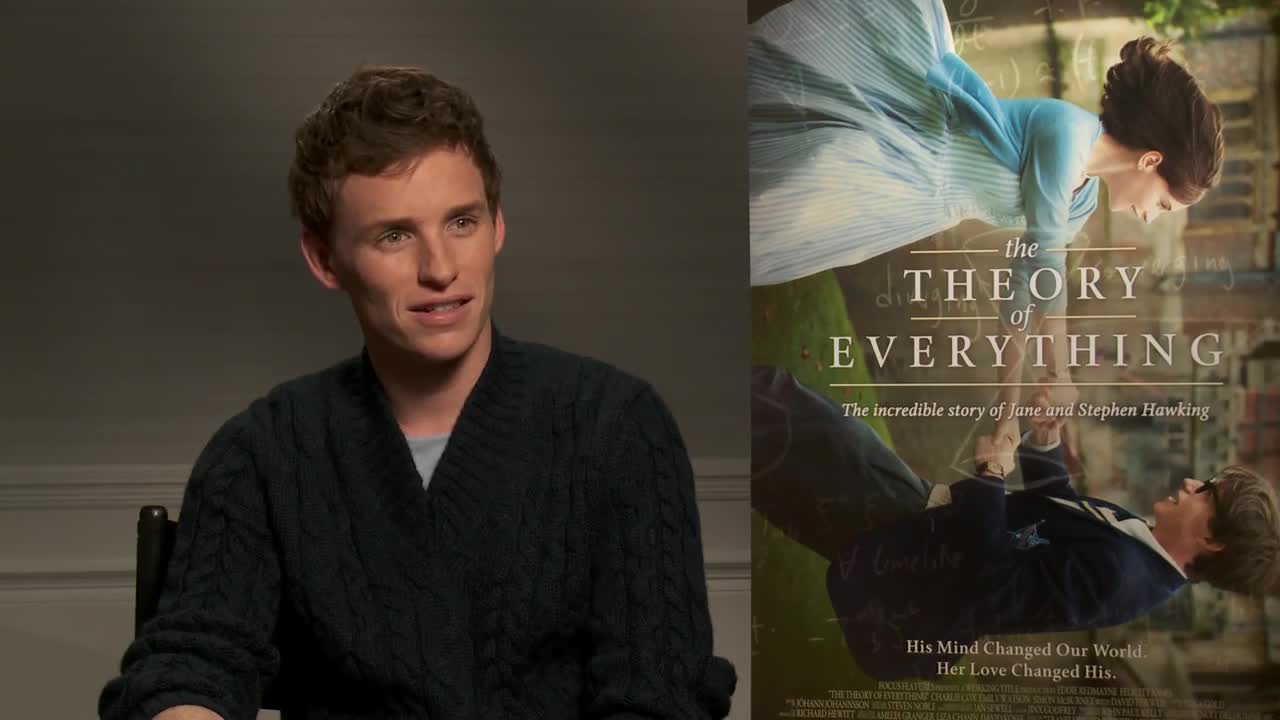 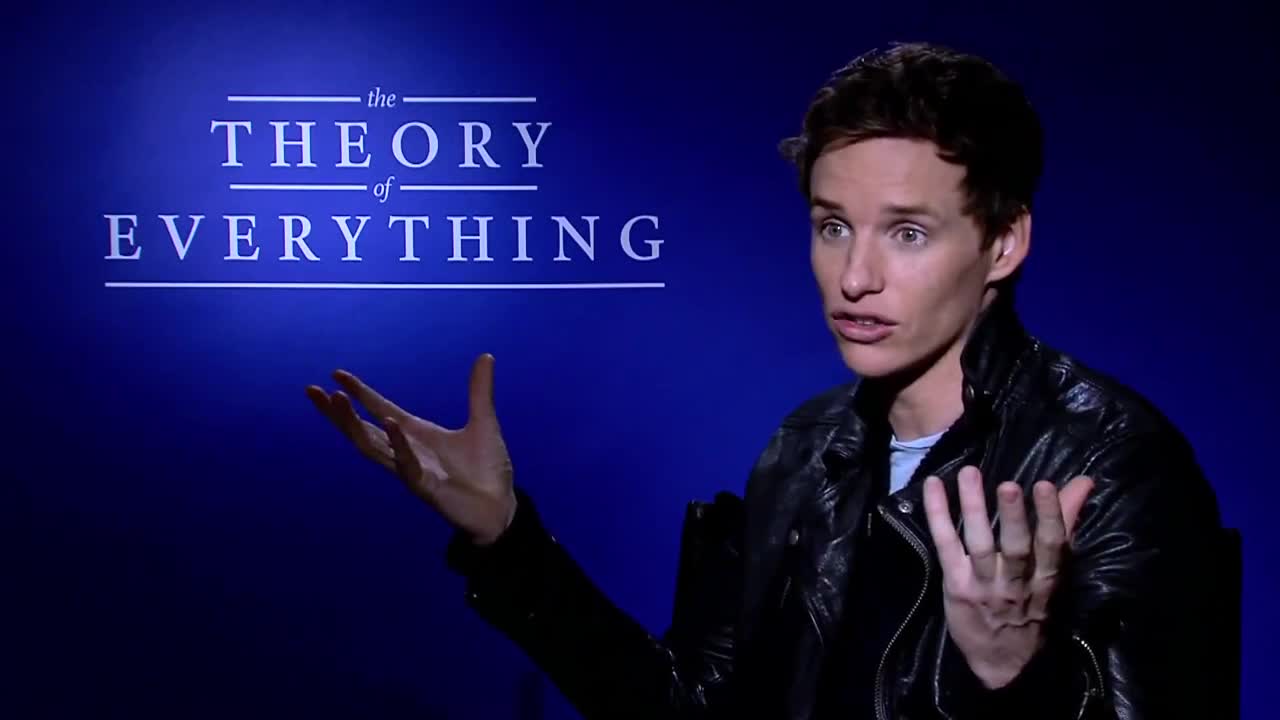 (x) - (x)
The Daily Beast:
Eddie Redmayne’s Time Has Come: On His Heartrending Turn as Stephen Hawking and Benedict Bromance
The charming Brit won accolades for his turn in Les Miserables, but his performance as Stephen Hawking in The Theory of Everything has pundits screaming Oscar.
His gravity-defying hair, tousled-yet-elaborately coiffed, falls squarely into that special Ferngully category occupied
by Andrew Garfield and Robert Pattinson, while his searing intellect—graduating with 2:1 Honours from Cambridge—recalls that of his pal Benedict Cumberbatch... 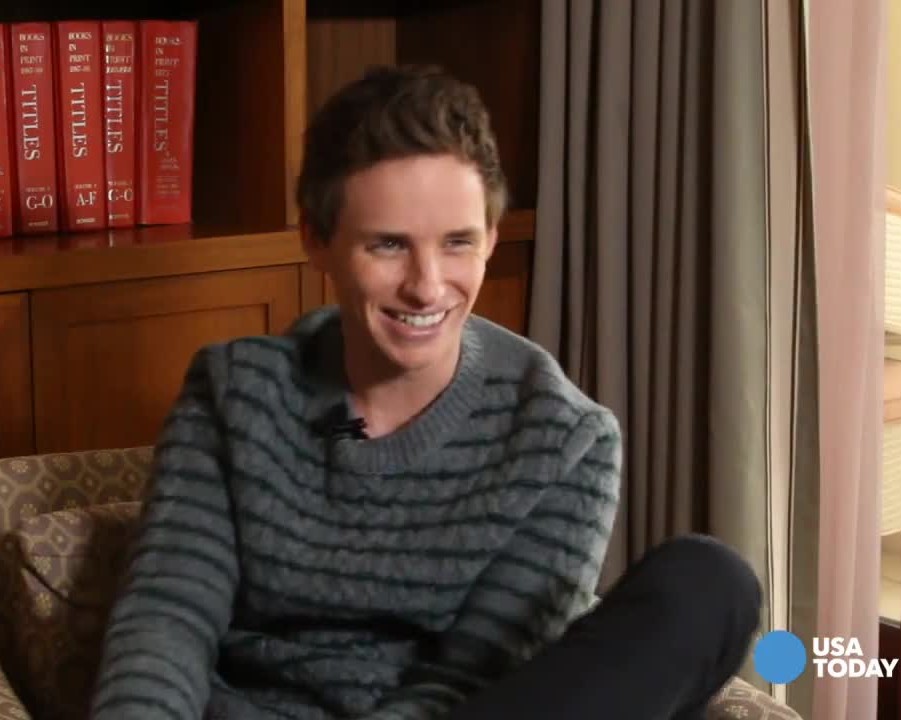 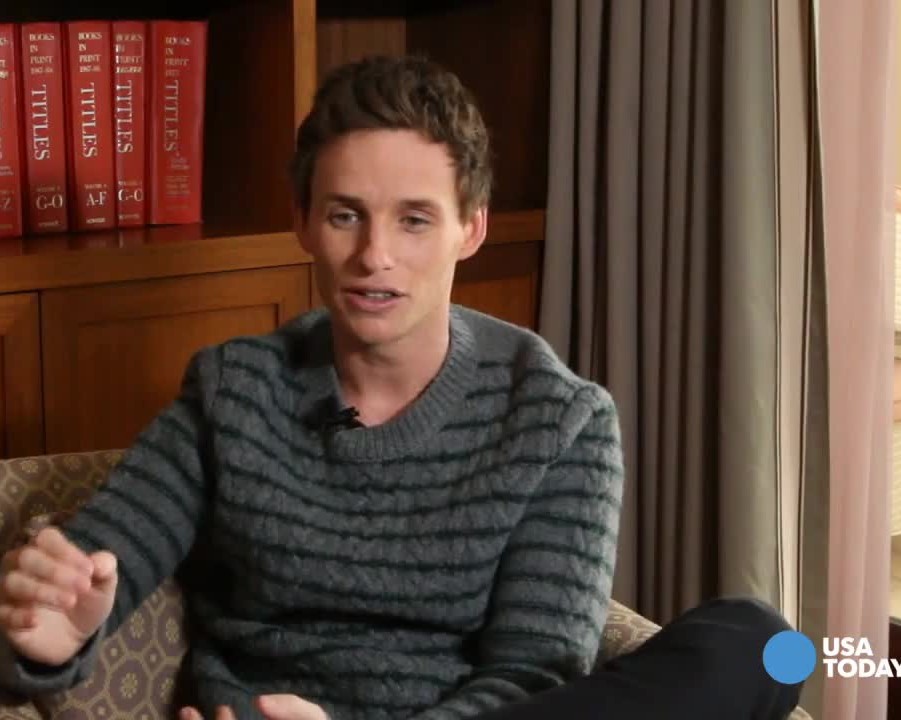 (x)
...In The Theory of Everything, directed by Oscar winning filmmaker James Marsh(Man on Wire), Redmayne delivers arguably the most meticulously crafted performance of the year. He fully embodies acclaimed physicist Stephen Hawking, from his days as a lovesick Cambridge student courting future wife Jane Wilde (Felicity Jones) to his neurodegeneration due to amyotrophic lateral sclerosis (ALS) to achieving science immortality with the publication of his tome,A Brief History of Time. Redmayne captures Hawking’s physical deterioration vividly, mirroring his slurred speech and facial tics and never drifting into caricature.
“It looks like he’s not moving, but he is,” says Redmayne. “So you’re doing these long takes where you’re looking still, but what you’re doing is your breathing patterns are changing, as are your blinking patterns. What was interesting, for me, was trying to isolate those muscles because he exploits everything he can, and as a consequence, for someone that can move so little, he has perhaps the most expressive and charismatic face I’ve ever seen.”... 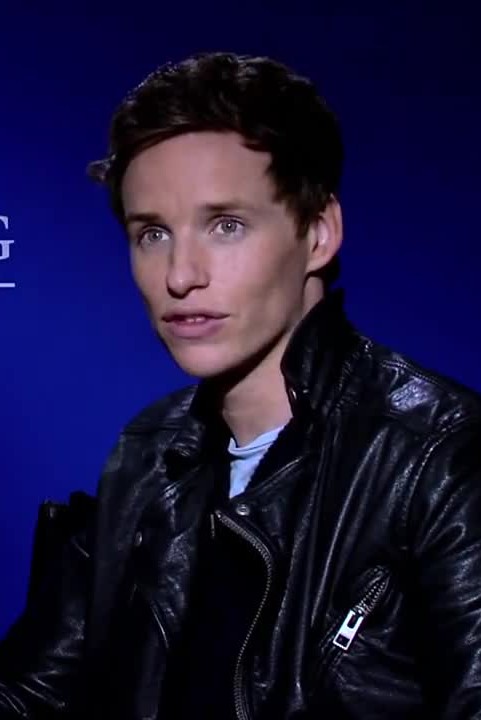 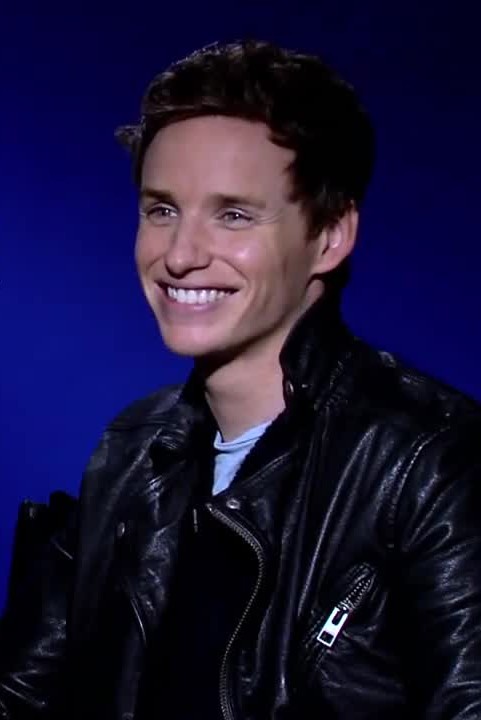 (x)
In the interview Eddie talked about the meeting with Stephen before his private screening of the film, how he landed the role of his career and his preparations. Also mentioned his pal Benedict Cumberbatch:
“Ben’s an old friend and I think he’s staggeringly talented,” says Redmayne. “We did The Other Boleyn Girl together and played Scarlett Johansson’s husbands. I had to make the choice when I got cast in this whether or not I’d watch it, and I thought, ‘Knowing me, if I watch this I’ll probably steal the best bits,’ so I didn’t.”
What Redmayne did do, however, was text Cumberbatch a fun photo from the set while they were filming a scene from The Theory of Everything at Harrow School—Cumberbatch’s alma mater.
“Ben was busy filming The Imitation Game, and there’s this board with prize names carved into it,” says Redmayne. “I’m dressed as Hawking and I look and it says, ‘B. Cumberbatch’ at my eye-level, so I took a picture of me posing under it and texted it to him. He got a real kick out of it.” 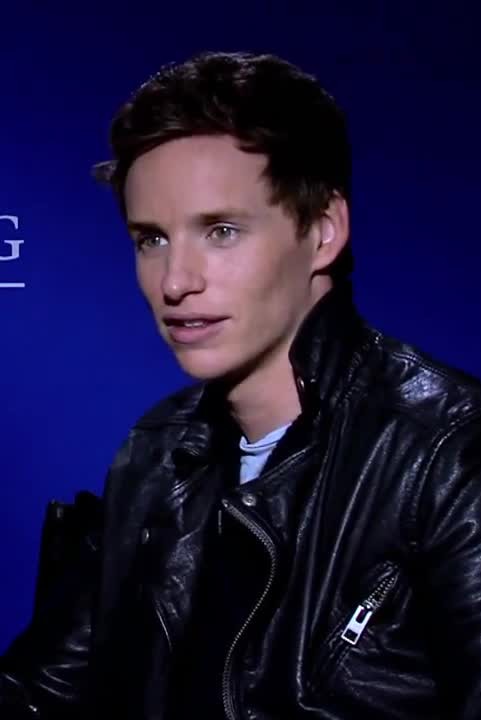 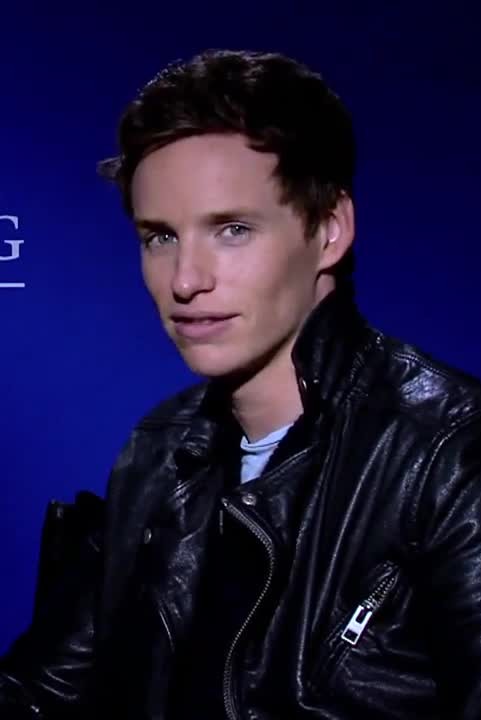 (x)
In the last part of the interview Eddie talked about his first meeting with Stephen Hawking, the disease
and the Ice Bucket Callenge.
"I hope this film will show the cost it has on the victims and their families and help clarify what the disease is."

"Their capacity to survive against all odds was quite an amazing thing." (x)

VH1: If The Theory Of Everything Doesn’t Make You Tear Up, You Don’t Have a Soul
Article about the film and the two leads with a video: Eddie Redmayne & Felicity Jones Discuss Their Theories
On True Love & Aliens

Film Journal: Film Review: The Theory of Everything
Gorgeously produced account of the struggles of the young Stephen Hawking and his wife Jane features