Eddie on The Daily Show with Jon Stewart on 20 November EDDIE REDMAYNE
Eddie Redmayne stars in the Stephen Hawking biopic "The Theory of Everything" (2014). His other film roles include "Les Miserables" (2012), "My Week with Marilyn" (2011), "Black Death" (2010) and "The Other Boleyn Girl" (2008). Redmayne won an Olivier Award and a Best Supporting Actor Tony Award for his performance in the stage production of "Red" (2009) and received a Critics' Circle Theatre Award for Best Shakespearean Performance for his work in "Richard II" (2011). He has also appeared in several television miniseries, including "Birdsong," "Tess of the D'Urbervilles" and "The Pillars of the Earth."
Eddie Redmayne reflects on portraying Stephen Hawking's struggle with ALS in the biopic "The Theory of Everything."
Source - video link via (x) 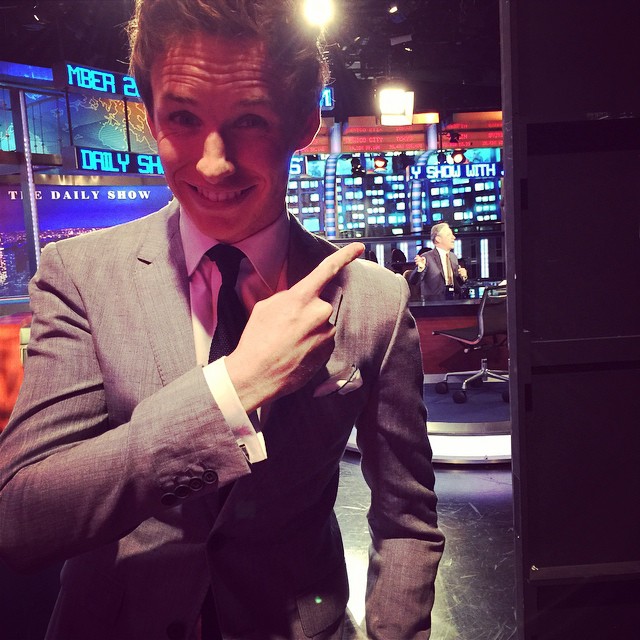 Jon and Eddie Redmayne talk "The Theory of Everything." thedailyshow.com/guests (x)

Email ThisBlogThis!Share to TwitterShare to FacebookShare to Pinterest
Labels: promo, Theory Of Everything, TV