Just Jared: Eddie Redmayne Chased Down 'Theory of Everything' Director
.. 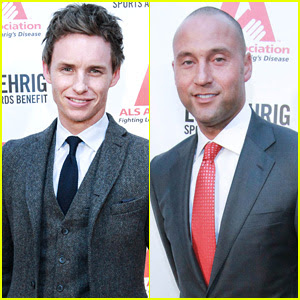 “I read the script and it totally subverted my expectations of what it was,” Eddierecently told Screencrush.com about his new film Theory of Everything. “And then asked to meet James Marsh. And I loved the idea that he was the director directing it … then I just really chased it down.”
He explained, “Trying to persuade people. So I had a phone call with James who was in Copenhagen, then he came to London and we went for a drink. We share a sensibility, I think, that fear drives us.
But when you’re in that chasing phase trying to get a part, you’re
never thinking about whether you can do it.”


Eddie Redmayne, who plays ALS-stricken physicist Stephen Hawking in the new movie, "The Theory of Everything," wanted to be involved in the benefit and had a moving encounter before the dinner with Kevin Thompson, a karate
legend who is now fighting ALS.
"You are here for a reason," Thompson told the crowd. "You can't quit until the job is done.
Not tomorrow, right now. People are dying." (x) 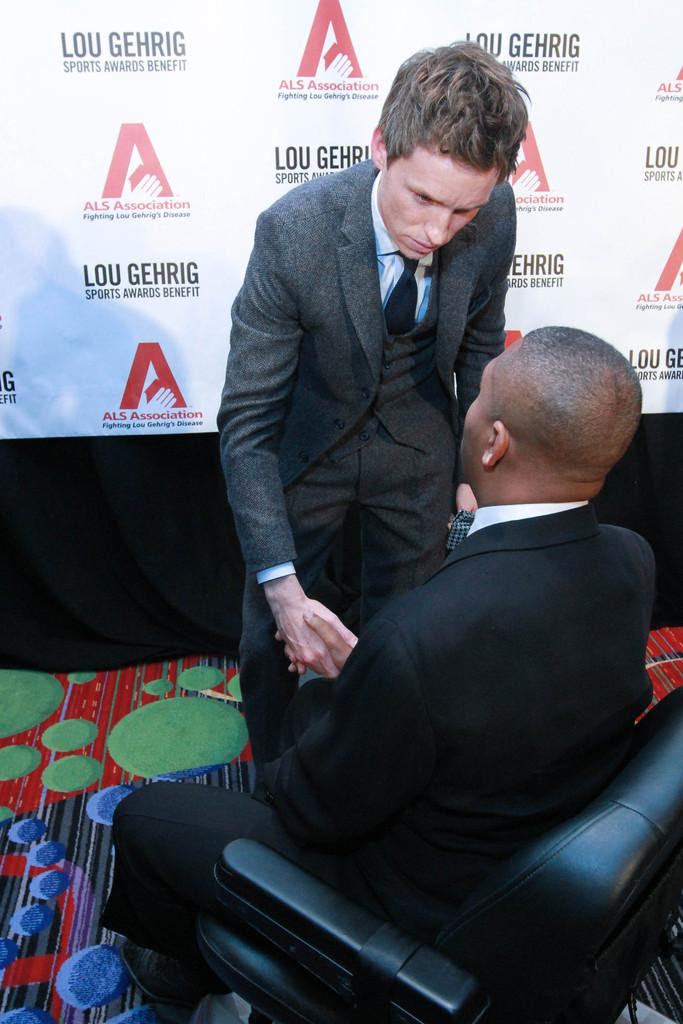 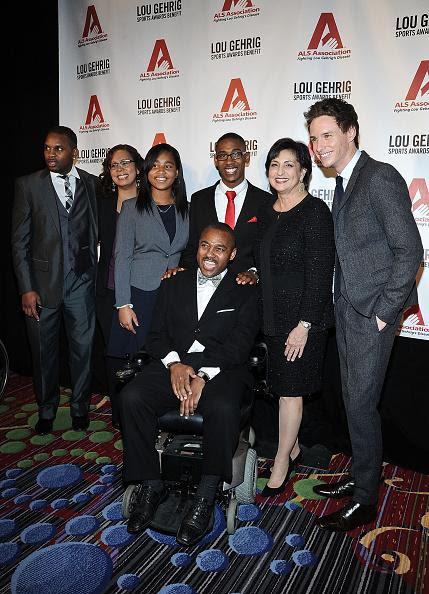 Lou Gehrig played 17 seasons in Major League Baseball (MLB) for the New York Yankees (1923–1939) His streak ended in 1939 after he was diagnosed with amyotrophic lateral sclerosis (ALS), a disorder now commonly referred to as Lou Gehrig's disease in North America, which forced him to retire at age 36 and claimed his life two years later. (x)