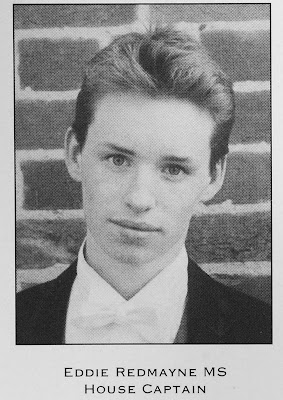 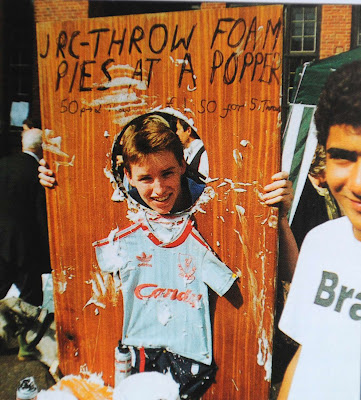 Eddie to Radio Times magazine: ''They treated us like professionals and we had a state-of-the-art theatre which meant that the adjustment between school and working professionally didn't feel like that much of a leap.'' 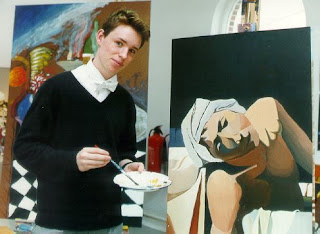 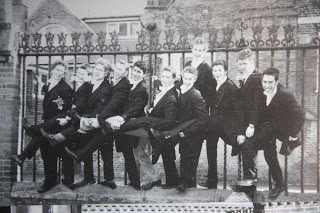 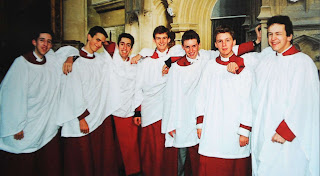 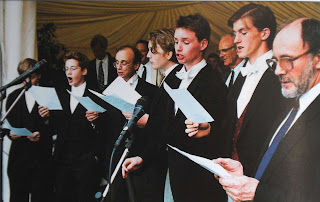 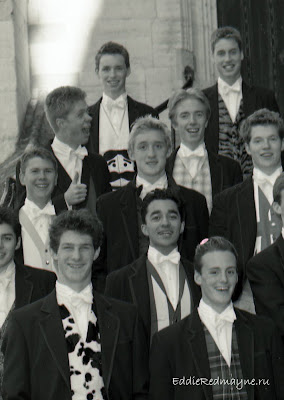 Eddie Redmayne believes going to exclusive school Eton has given him an advantage when it comes to casting for period dramas.
He said: ''When HBO want a gritty, hard-bitten, authentically American character to head up a mini-series, they instinctively think: Old Etonian.
I think our historic and literary heritage in this country means there are many good stories to tell and a lot of them tend to be period piece and I'm very lucky to be part of that.''
However, the 'Les Miserables' star is keen to break away from the upper-crust stereotype in the future and has begun accepting more daring roles.
He laughed: ''Actually I recently played a Texan meth addict. That's not type-casting!''
The handsome star credits his world-class training as a budding thespian during his time at Eton with his current success and says he was inspired by his hard-working drama teachers.

The prince and the showman pose at Eton (source) 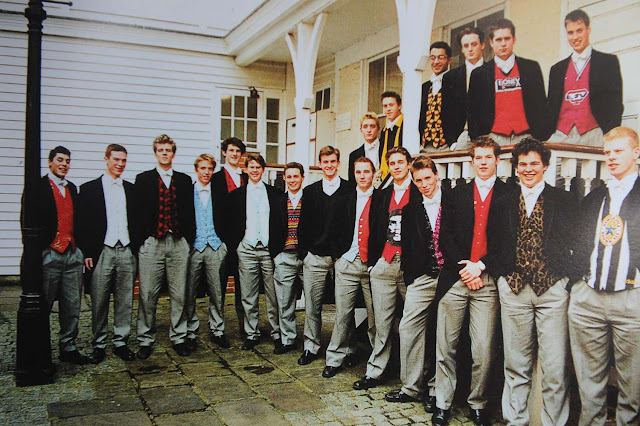 He and the prince posed in 2000 with fellow members of ‘Pop’, as Eton’s society of elected prefects is known. It is tradition for members to wear gaudy waistcoats of their own design. Prince William’s waistcoat was made from one of his Aston Villa shirts.
Hamish Barne, now a captain in the Scots Guards, said Redmayne showed early promise as an actor. “I remember Eddie was always in the theatre and was a great actor back then,” he said.
Redmayne made his professional stage debut in the Globe Theatre’sTwelfth Night two years after this photograph was taken.
Of his schooldays, the actor has said: “It’s the weird thing Eton does - you’re at school next to lords and earls and, in my case, Prince William, so you end up being used to dealing with those sorts of people.”
He was also bemused to read stories about the young royal in the press: “They’d say William was doing something somewhere and I knew he wasn’t, because we were both in double French.”

Eton's class act - how the renowned school is turning out a new generation of actors full article
„What links together the world’s most-watched TV show House, Steven Spielberg’s War Horse, the gritty urban drugs drama The Wire and the award-winning West End play Red?
Somewhat surprisingly its star names all went to Eton College.
The school, which was once called ‘the chief nurse of England’s statesmen’ because of its reputation for breeding senior politicians and prime ministers, including David Cameron, now has a new claim to fame as a powerhouse for some of Britain’s finest actors. 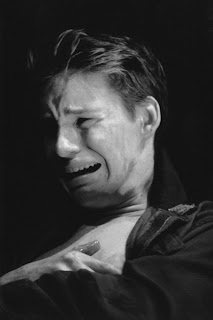 „The school puts on 20-25 shows a year in three spaces – the impressive 400-seat Farrer Theatre (complete with revolving stage and orchestra pit) and two smaller studios.
Lining the corridor that leads down to the dressing room are photographs of past productions, some of which feature some famous faces: the young Dominic West playing Hamlet, a youthful-looking Damian Lewis as Wackford Squeers in Nicholas Nickleby, Tom Hiddleston as Bernard Nightingale in Tom Stoppard’s Arcadia, Harry Lloyd in Three Sisters and Waiting For Godot, and Eddie Redmayne as Henry VI and as Adela Quested in A Passage To India. 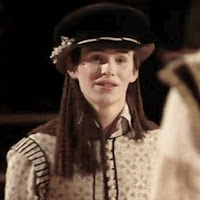 ‘You cannot always spot their talent at this age,’ says Dormandy, who is leaving the school in January to pursue a career as a director.

‘But I knew Eddie Redmayne was an outstanding actor from our first meeting, when I auditioned him, aged just 15, for the leading role in my version of A Passage To India.
'I don’t think I fully appreciated quite how exceptional he is until I saw him in his first professional role, as Viola in the Globe company’s Twelfth Night opposite Mark Rylance.”

I ask Redmayne why he thinks Eton is such a petri dish for thespian talent. Straight off the bat, he names two inspiring drama teachers: Hailz-Emily Osborne and Simon Dormandy.
...Mrs Osborne in fact remembers being entranced by a 13-year-old Eddie when he first took to the stage.
“He had been given a non-speaking role as Queen Charlotte in an excerpt of The Madness of King George. All Eddie had to do was stand and look terribly concerned while the elder boy hammed it up and went mad, but I was just riveted by him. He came across as so professional, even at that young age,” she recalls of her star pupil.
Singing was also part of his training at Eton and he went to Cambridge on a choral scholarship.

Eddie graduated from high school in 2000.
Actors, who went to Eton College at the time when Eddie did.
Old Etonians (Source IMDB)

Tom Hiddleston
graduated in 1999
Earlier this year, the versatile Hiddleston, who has starred in the Marvel comics big screen spin-off Thor, and Steven Spielberg’s World War I tearjerker War Horse, told Live that most people had misconceptions about his old school. ‘People think it’s just full of braying toffs, who are arrogant and chauvinistic, senseless and ambitious, who are destined to run the country and steal all our money,’ he said. ‘It isn’t true… It’s actually one of the most broad-minded places I’ve ever been.’

Sebastian Armesto
graduated in 2000
‘Eton’s drama department? There’s nothing else to compare it to,’ says Armesto, star of The Tudors, the BBC’s Little Dorrit, as well as Pirates of the Caribbean: On Stranger Tides. Adds the historian’s son: ‘The facilities are amazing, there is an excellent group of teachers and I was exposed to some extraordinary works of theatre. It gave me a real taste of what it might be like to do as a job.’

Harry Lloyd
graduated in 2002
The great-great-great-grandson of the English-speaking world’s most famous novelist, Charles Dickens, he made his TV debut at a BBC adaptation of one of his illustrious ancestor’s most famous books, David Copperfield. Since then, he has trod the boards in the West End and gone on to star in Robin Hood, Game of Thrones, Jane Eyre and The Iron Lady – in which he played the young Denis Thatcher. 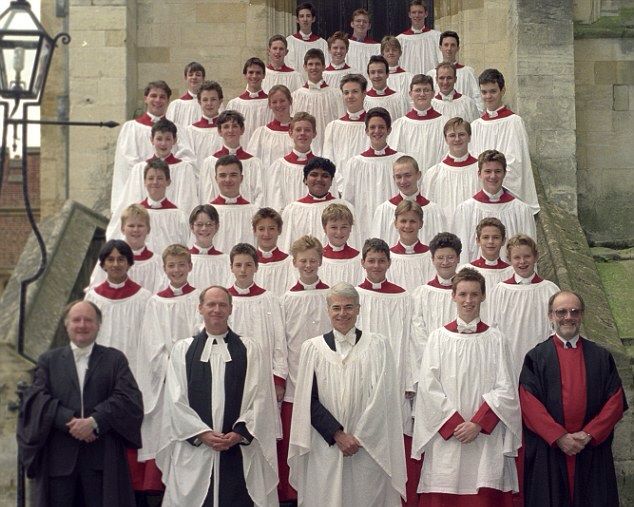 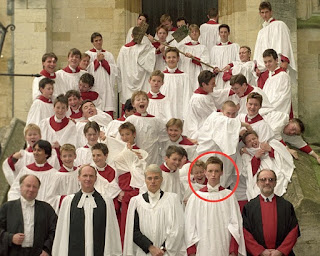 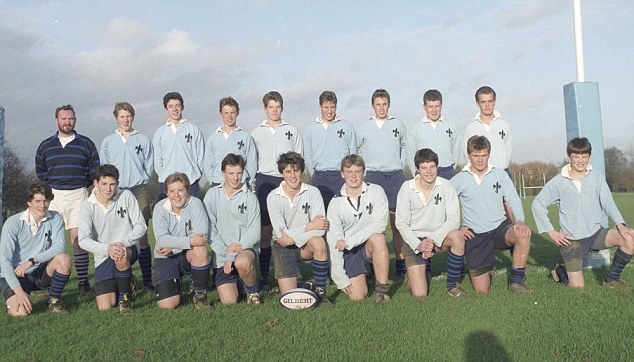 Eddie Redmayne (back row, fourth from left) in the Rugby Colts at Eton alongside Prince William (x) (x) 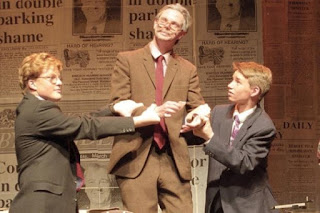 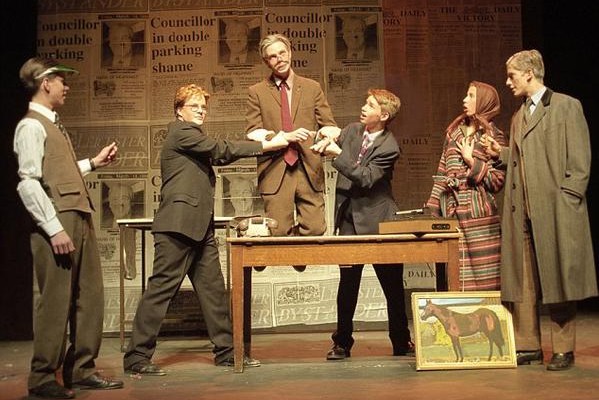 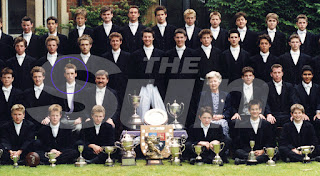 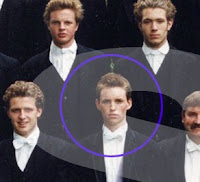