Dickens Anniversary - 14th February, 2012
Mr Dickens and the Actors - Queen celebrates 200th anniversary of Charles Dickens by watching show with some of his great characters from Great Expectations, Oliver Twist and Nicholas Nickleby. 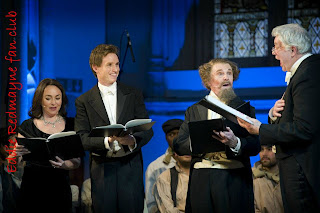 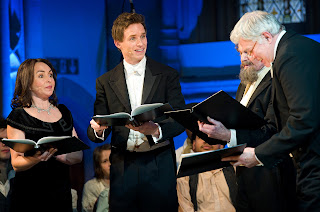 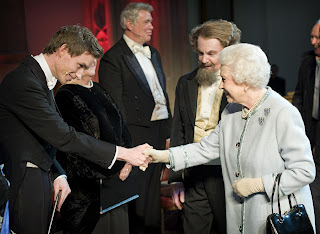 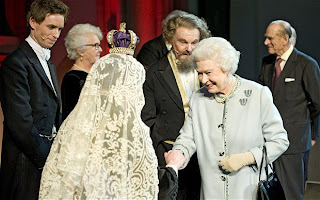 Queen celebrates Charles Dickens anniversary – article
A little video of the Queen meeting «Mr. Dickens and theActors» cast
After the show the Queen and The Duke of Edinburgh host a reception at Buckingham
Palace to celebrate the bicentenary of the birth of Charles Dickens. 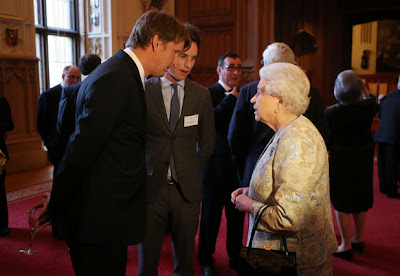 The Queen was awarded an honorary BAFTA
at a special ceremony at Windsor Castle.
Sir Kenneth Branagh presented the British monarch with her trophy, which is to recognise her support for the British film industry throughout her reign. Queen Elizabeth II meets Tom Hooper and Eddie Redmayne at the reception for the British Film Industry held by Britain's Queen Elizabeth II and The Duke of Edinburgh at Windsor Castle. (source)
eddieredmayne.ru gallery