Twelfth Night has returned to Middle Temple Hall 400 years after its first performance.
Paul Taylor discusses ‘authentic Shakespeare’ with Mark Rylance, its astounding Olivia.
The author about Eddie (excerpt from the article):
"I tell him that I think that Eddie Redmayne (the undergraduate from Trinity College, Cambridge who is scandalously persuasive as Viola) would bring out the bisexual in any man. " - full article 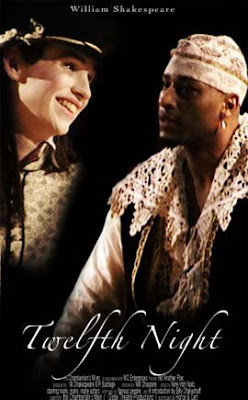 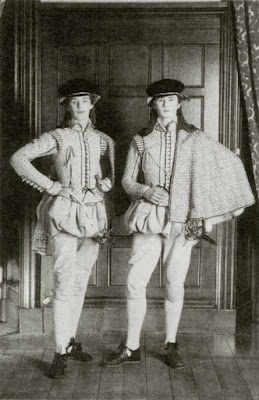 HE WENT to study art history at Cambridge and after his first year got a call from, the casting director for London's Globe Theatre.``She had got my name through the head of drama at my old school. The Globe had been commissioned by Middle Temple Hall to stage a 400th anniversary production of Twelfth Night as it had first been staged there.
``They had this idea of going back to the original production and having boys play the women.''
Some days later while drinking in a London pub, he got a call asking if he was in London. Could he go over to the Globe right then for a second audition?
"I was quite tipsy and that may have helped as it was the most terrifying recall of my life.''But he got the job playing Viola.``There was a lot of cross dressing,corsets and that sort of thing.'' It was all worth while including visits to the production by Prince Charles and a host of agents -Redmayne was soon picked up by one of London's top theatricalagencies.  (source) 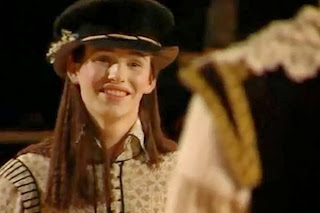 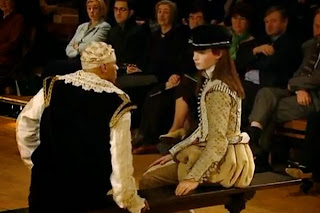 Eddie's costume test and the result, his clothes in the play. He had to wear corset. 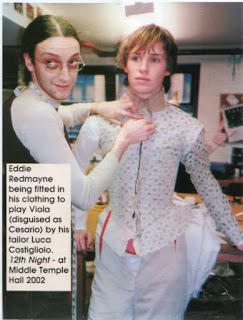 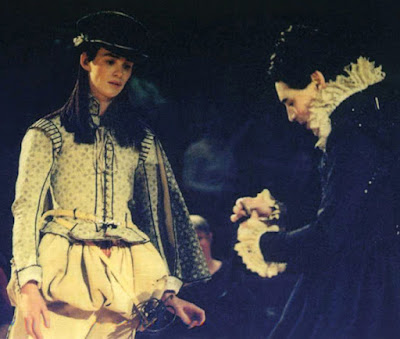 “I was a boy playing a girl playing a boy,” he told W magazine. “I had to wear a whalebone corset. To this day, when actresses on set start whining to me about the pain of their corsets, I say, ‘I’ve been there. It’s not that bad.’”

( x )
Synopsis:
Orsino is in love with Olivia, but Olivia is in love with Cesario.
Which would be bad enough, but Cesario is actually Viola - a girl dressed as a boy.
Viola is in love with Orsino. Viola and Sebastian are twins. Both think the other one is dead.
Meanwhile, Malvolio thinks Olivia loves him. She REALLY doesn't. 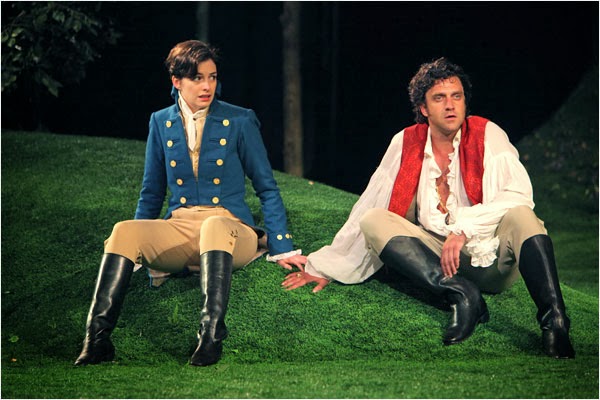 "This production was created [by Shakespear's Globe Theatre] for the 400th anniversary of the first recorded version of Twelfth Night, in 1602, which took place at a hall that still stands in London called the Middle Temple Hall. We were invited to create an original-practices production of Twelfth Night there. This was maybe our fourth or fifth attempt at all-male original practices. As artistic director at that time, I actually wanted to play the fool, Feste. But we realized that we were going to need some very young boys—Eddie Redmayne was actually the first boy to play Viola, and he was not yet a professional actor; he was still in the equivalent to an English high school—and we felt that it would be better for me to be amongst the boys playing girls, because I had a little bit more experience."

Update: December 7, 2013
Boys Will Be Girls — The Waxing, Wigs, Couture and Corsets of
Shakespeare's Leading Ladies (full article)
Shakespeare can also be painful. Very painful.
"In our first production, where Eddie Redmayne was Viola," recalled Paul Chahidi (who played Maria) of a 2002 Twelfth Night with Rylance, "I went to the waxing parlor with Eddie. We were sent to some backstreet waxing parlor — I don't think they'd ever had men there. We went in thinking, 'How bad could this be?' We went into adjacent rooms — the walls were paper-thin — and all you could hear were our screams." 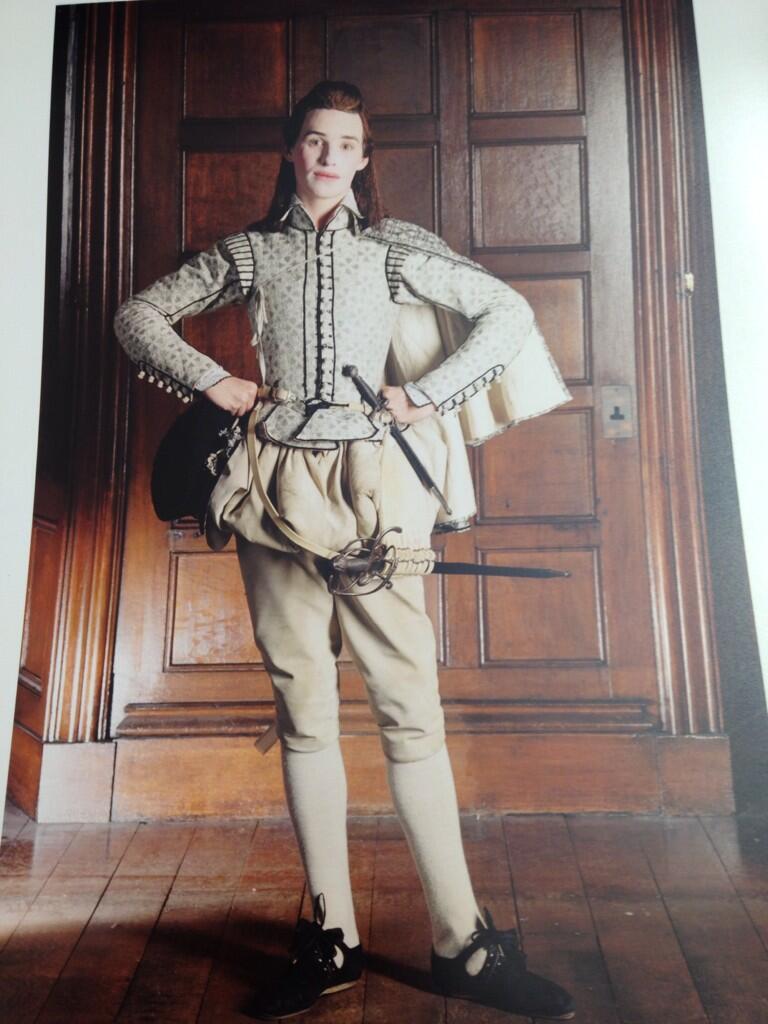 
Update: May 3, 2014
In his Broadway debut Paul Chahidi secured his first Tony nomination this week for the role of Maria.
He was also nominated for the Olivier in 2013. Link: Chicane post with sketch

For the 400th anniversary of Shakespeare's death - Twelfth Night gifs