Eddie Redmayne said in this interview: "They were crazy enough to offer me this part, playing a texan - sort of cowboy - meth addict James Dean wannabe."
He talked about his film "Hick", Chloe Moretz and his character. He also talked about his singing voice and singing Rihanna, Britney Spears and Taylor Swift songs in the truck with Chloe. After that  the reporter asked him about the Tony Award ceremony and in the end of the interview he talked about his film "My Week with Marilyn". 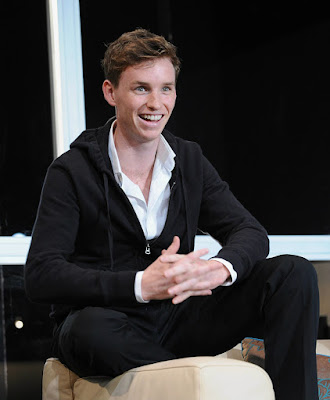 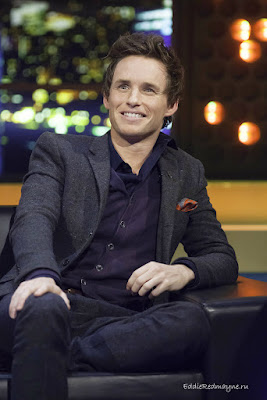 Does anyone know, why he often puts up his foot in the armchair?