In my earlier post I already posted the subscriber-only cover, but there are two more. The magazine released
today with the regular newsstand cover and the possibly world first limited magical video cover. 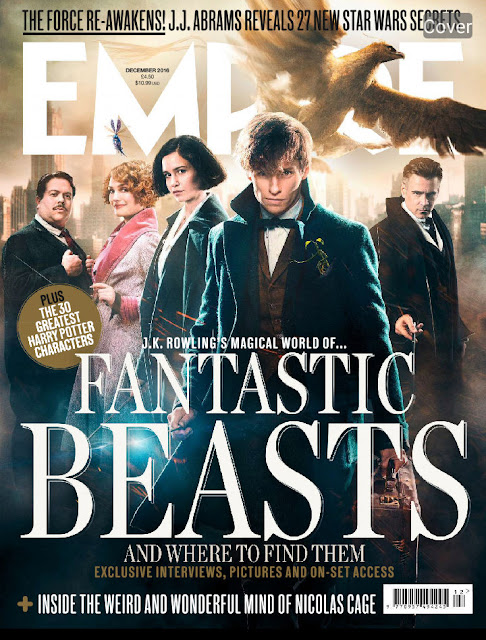 “There are magical creatures everywhere,” says Fantastic Beasts director David Yates. And, if you pick up
the brand new issue of Empire this Thursday, you might just discover where to find them…
The prospect of expanding J.K. Rowling’s Potter universe (especially when the source material is a 128-page
book released for Comic Relief) would keep your average Muggle awake at night. But Yates had other feelings
going into the project. “It was a completely blank canvas,“ he tells Empire. “But rather than being daunting to me,
it was a wonderful opportunity to define the tone. While part of the same universe as Potter, it’s a much more
grown-up world,” he explains. “And this time the hero is not a schoolboy, but an adult.” (via) 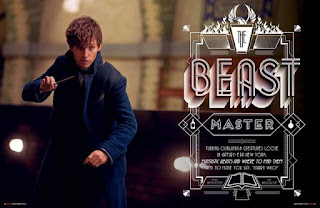 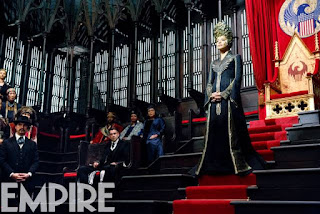 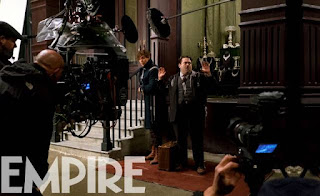 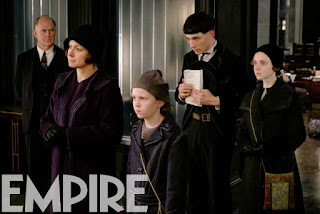 
Empire has produced an incredible Fantastic Beasts video cover – here's how it works. 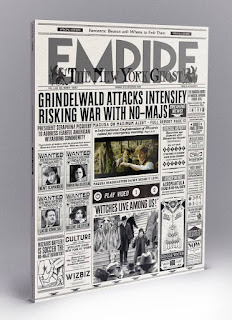 Empire’s Fantastic Beasts limited edition video cover revealed
“We love to innovate and constantly push the envelope creatively,” says Empire’s Editor-in-Chief Terri White. “Our friends at Warner Bros. Pictures were the perfect partner for our most ambitious idea yet – making the cover move. Our readers are going to be desperate to get their hands on a copy and see the new world of Fantastic Beasts And Where To Find Them brought to life.”
On sale from 27 October, priced £9.99, this is an extremely limited edition version of our latest issue. There will only be 5000 copies, available exclusively at participating Sainsbury’s. Click here for a full map of all the Sainsbury’s stores stocking the issue, or click here for the full list in an extremely exciting spreadsheet. We’d recommend calling the shop ahead before making a long road trip in your flying Ford Anglia, as some stores are likely to sell out fast. Your regular, non-video cover Empire is still reassuringly present and correct, of course, and also on sale from 27 October. Take a look what’s inside this month’s issue here, and click here to subscribe. - More details here

Eddie Redmayne auditioned to be young Voldemort...
Eddie Redmayne is making his debut in the Potterverse in Fantastic Beasts and Where to Find Them – but it could have all been very different. The Oscar winner, who will be playing Newt Scamander in the Harry Potter prequel movie later this year, tried his luck for Harry Potter and the Chamber of Secrets… reading for the part of young Voldemort.
“I actually auditioned to play Tom Riddle while I was at university,” he told Empire.
“I properly failed and didn’t get a callback. “
Over the years, I always hoped I might be cast as a member of the Weasley family – I’m colour blind, but I’ve always been told there’s a tinge of red to my hair – but unfortunately not. "A lot of my friends, like Domhnall Gleeson and Rob Pattinson, got their Harry Potter moment, but I never got mine.” (source)
Posted by Jutka at 4:09 AM