Before Harry Potter. Across an ocean. A new world of magic awaits!

“This is always where I was interested in going. This is what I wanted to do,” - J.K. Rowling

“They start as antagonists, finding each other deeply frustrating, but by the end there’s a
kind of sense of something.” - Eddie Redmayne on the relationship of Newt and Tina

Many wizards have suppressed their magic to avoid being persecuted by muggles.

In the livestreamed event, David Yates and David Heyman also hinted that
Grindelwald will become an important character in the films ...

Please, you don't understand. Nothing in there is dangerous.

I wonder, what makes Albus Dumbledore so fan of you?
Colin Farrell Interview on Jimmy Kimmel 2016 10 13
including a short clip of this scene from the movie

Do you know which of your creatures is responsible Mr Scamander?

Look at the marks! No creature did this. 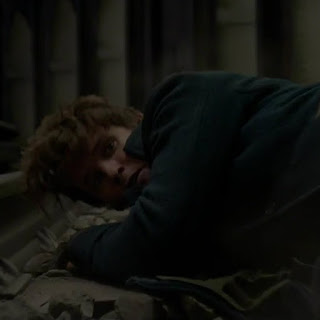 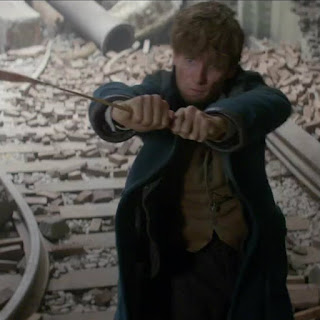 my screenshots (for full siza click on the pictures)

Gifsets and updates in the tumblr posts here
Pottermore: 8 exciting clues from the Fantastic Beasts featurette