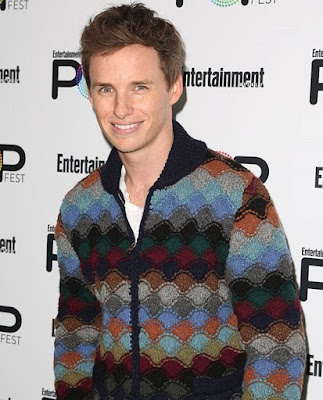 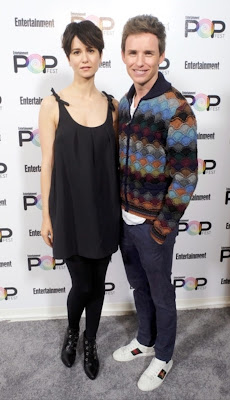 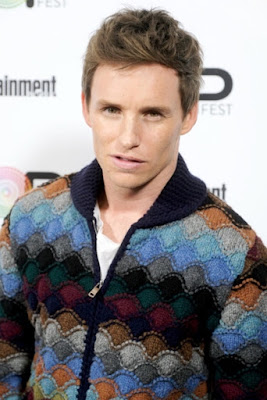 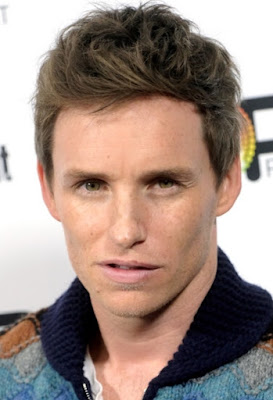 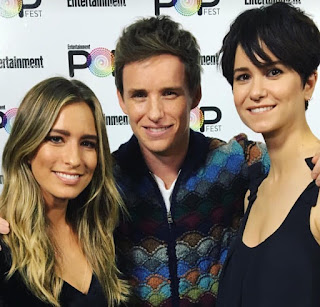 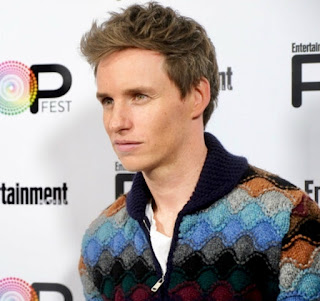 “Extra’s” Renee Bargh caught up with the new dad, who gushed about his 4-month-old daughter, Iris Mary, with
wife Hannah Bagshawe while doing press at Entertainment Weekly’s PopFest. When asked if he is getting any
sleep he responded, “Not so much of that. The amazing thing about it with babies is that you have one night
where you sleep through and my wife and I high-five ourselves, and the next night she punishes you!” - video 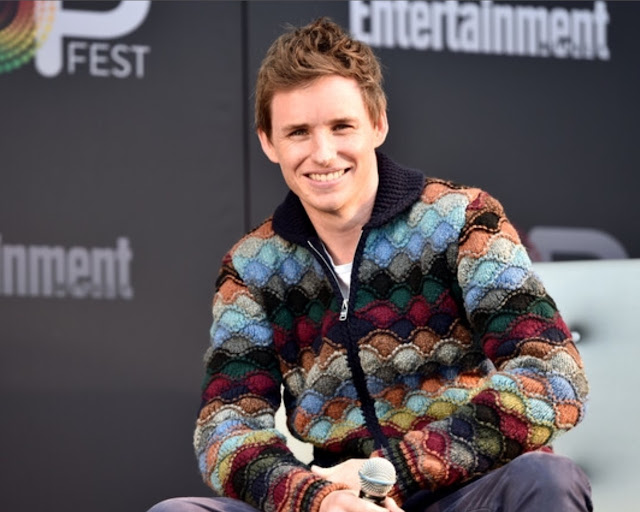 Magic came to EW PopFest on Sunday via sneak peeks at Fantastic Beasts and Where
to Find Them, presented by stars Eddie Redmayne and Katherine Waterston. 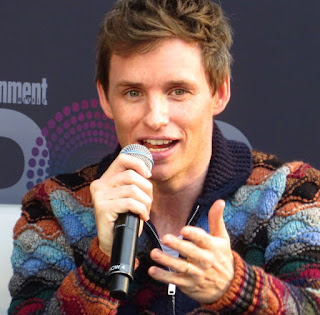 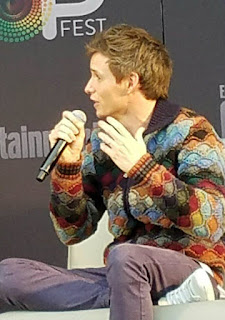 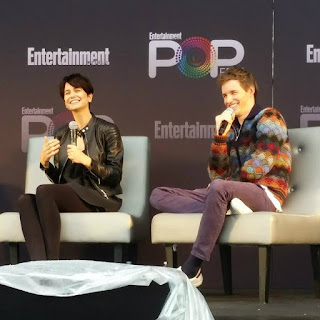 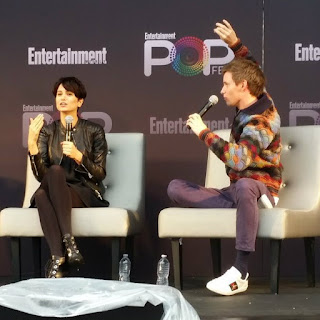 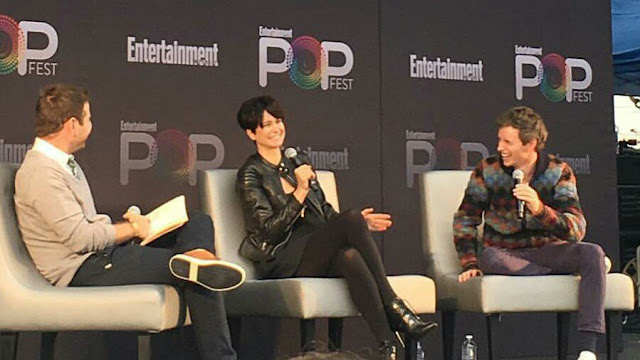 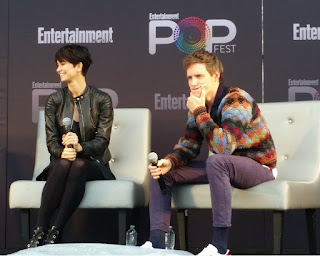 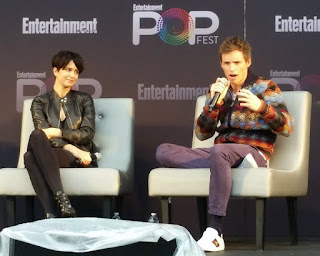 Four clips were shown in total, and the first saw Redmayne’s magizoologist Newt Scamander arriving to New York; the second introduced one of Newt’s many beasts to the screen; the third offered a look inside his mysterious case; and the fourth had Ezra Miller – who plays Credence Barebone in the film and was, according to Redmayne, the biggest Harry Potter fan on set – discussing a potential connection between the film and Gellert Grindelwald, a dangerous wizard of the 20th century whom Albus Dumbledore fought with in a duel that made him the master of
the Elder Wand.... 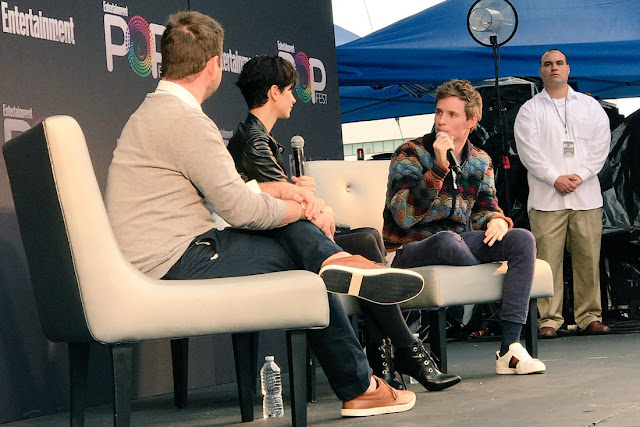 EW: Eddie Redmayne and Katherine Waterston tease Newt and Tina's relationship
...“One of the things I loved about this script when I first read it is, I think J.K. Rowling had always seen it as
telling a larger story, but the film is it’s own thing,” Redmayne said. “And actually the relationships that you see
arrive in the film, they stand together as one sort of whole piece. But what I love is the relationship starts kind of –”
“Combative,” Waterston chimed in.
“It’s not love at first sight, put it that way – maybe there’s a bit of chemistry at first sight, but it’s quite combative,” Redmayne continued. “But what was lovely was to play a slow build, to be able to play this kind of — these characters are thrown into a world, this quartet together [Newt, Tina, her sister Queenie, and No-Maj Jacob Kowalski]. They’re all outsiders in some ways, and yet they have really heroic qualities within them. So it’s kind of lovely for us to not rush that and be able to play it slow.”
Plus, Waterston added, the audience can see their chemistry build. “You know that eventually you know these two people end up together. So you can see and look for when they start to notice each other, you know what I mean? Because you’re in on it in a way that I think is really fun,” she said. 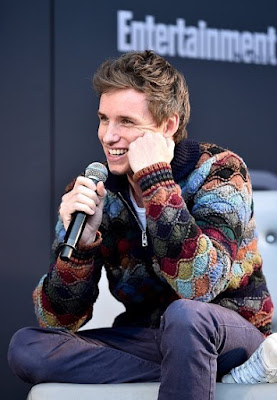 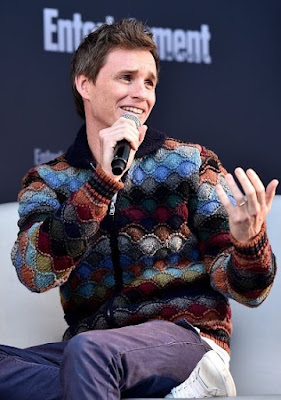