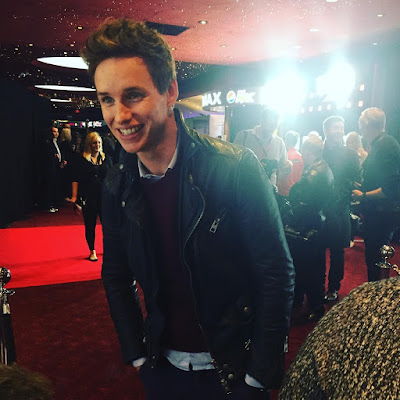 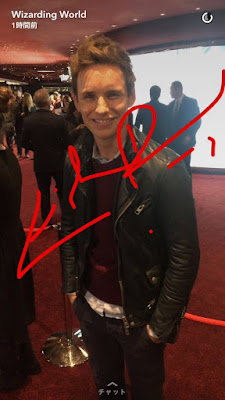 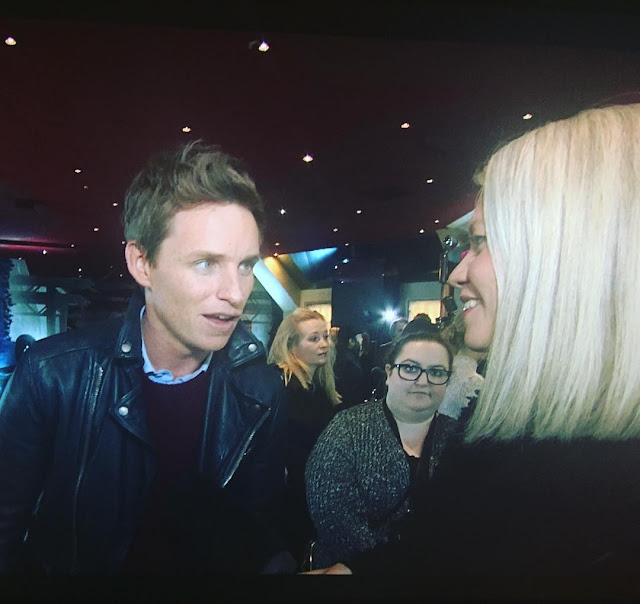 janeyspoony: Eddie telling me about the challenges of being a new dad as JK Rowling confirms
there will be 5 new Fantastic Beasts films not 3 as previously thought. @gmb tomorrow 6am 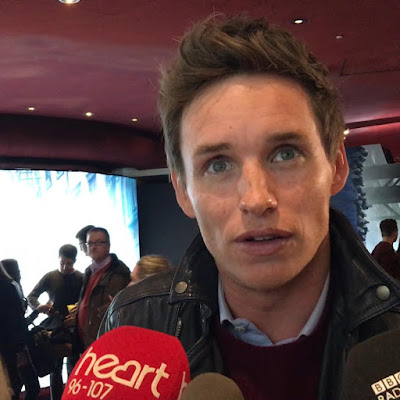 entnewsshowbiz: Ah the lovely @eddieredmayne on the red carpet
at the @fantasticbeastsmovie global fan event tonight! 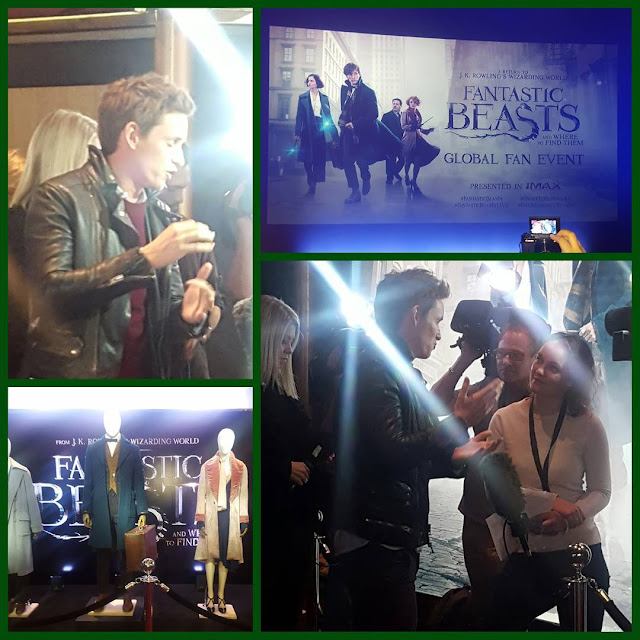 zehraphelan: Attending the #FantasticBeastsandwheretofindthem global fan event this evening
with a Q&A with the cast including Eddie Redmayne

The new star of the Potter universe wasn't as good with his main prop as he'd hoped.
Report by Jonny Nelson. and more redcarpet interviews, highlight and full video on the list 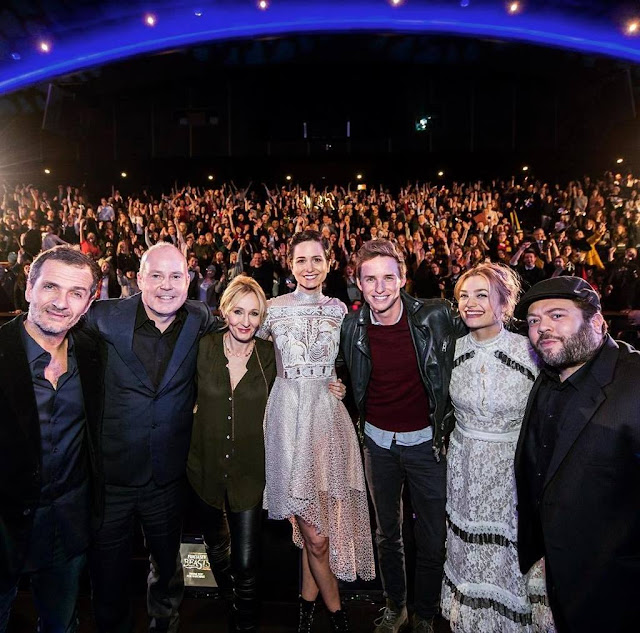 eddieredmayneonline: #EddieRedmayne #JKRowling and the cast of #FantasticBeasts took a selfie
with the fans at the #FantasticbeastsLIVE event in London yesterday evening. 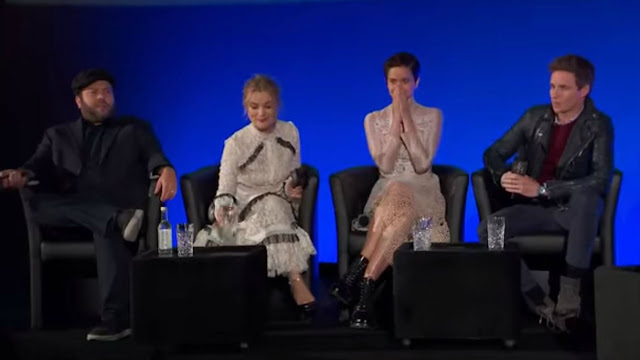 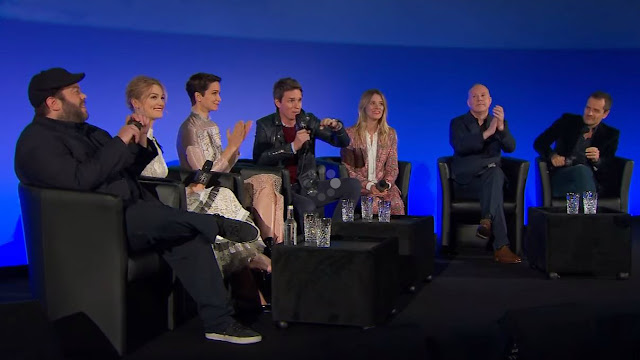 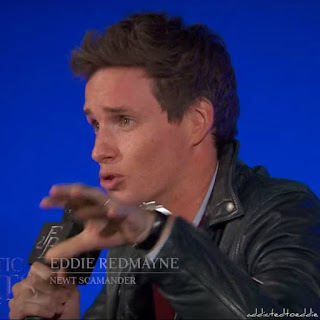 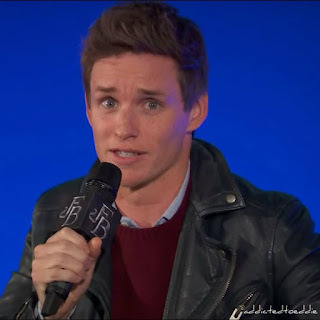 Eddie Redmayne plays the part of magical animal-loving Newt Scamander, said of JK Rowling: "She has the most extraordinary imagination of our generation and she has created something entirely different. That world is spilling out of her head in a unique way." (x) 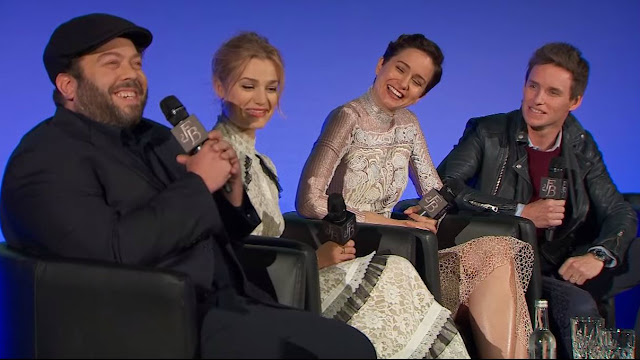 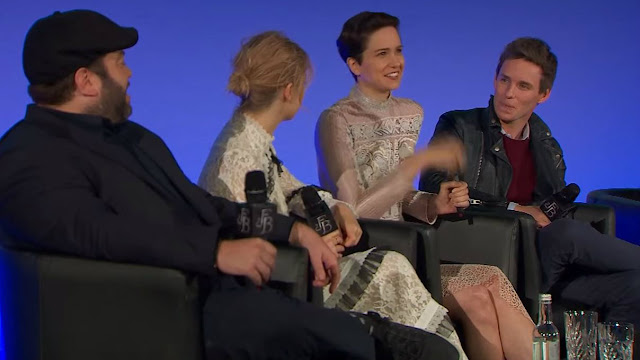 "We do mention Dumbledore in this movie. He features a little bit in a wonderful scene between Colin [Farrell] and Eddie Redmayne." ...The IMAX sneak peek video also provided a big hint at another wizard who will be featured in this story, the dark wizard Gellert Grindelwald. It was established in the original Harry Potter stories that Gellert Grindelwald was once friends with Hogwarts headmaster Albus Dumbledore, which Harry Potter learned about via a chocolate frog card while he was aboard the Hogwarts Express. This movie will introduce Grindelwald at the height of his power as he calls for all European wizards to assert their domination over the muggles. Here's what David Yates had to say about Grindelwald's presence in Fantastic Beasts, and beyond. "He's going to become a much more prominent part of the stories going forward. Any more than that, I really couldn't say." (x) 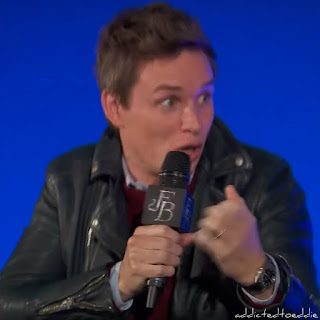 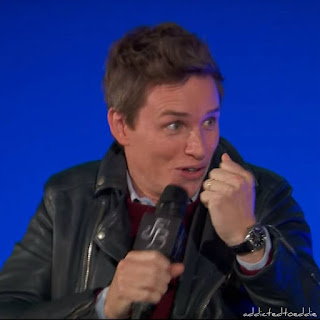 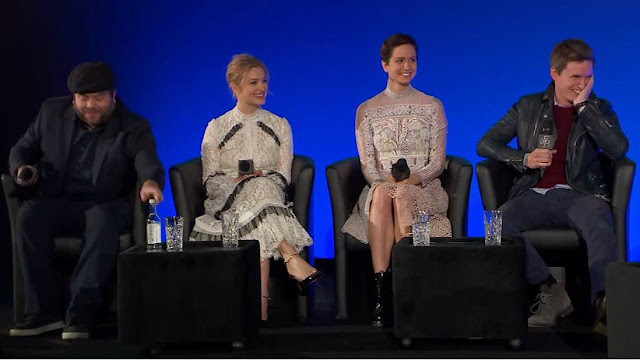 YAHOO!: The 5 most amazing things we learned at the Fantastic Beasts fan event