The Guardian Observer:
Eddie Redmayne: ‘To play Hawking I had to train my body like a dancer’
(Excerpts from the amazing new article about Eddie with beautiful photos on which he doesn't look boyish)

...There is something unearthly, even slightly eerie about Redmayne’s good looks on screen but meeting him now, he has a warm presence, is quick to blush, looks younger than his 32 years. One might almost say he was school-boyish were it not for his beautiful clothes (he once modelled for Burberry, is on Vanity Fair’s international best-dressed list and is not about to fall off it). The look is expensively understated: navy cable-knit sweater, well-cut trousers, classy brown suede shoes... 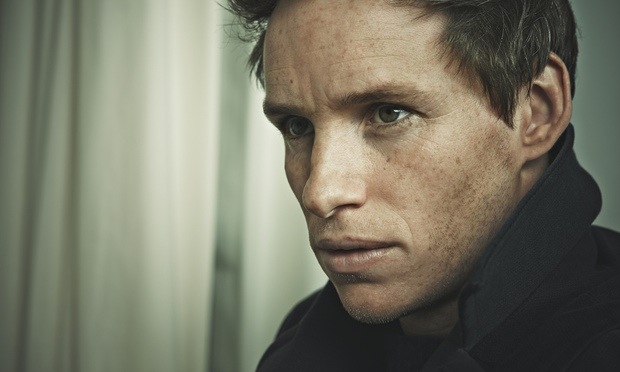 Photograph: Phil Fisk for the Observer

...“I thought it was going to be a biopic but the script was a complicated, intricate and, at moments, difficult love story. And because it was so unexpected, I found it riveting. And I wanted to do it because of James Marsh.” ...
When I speak to Marsh on the phone later, he says: “To say Eddie was hungry for the role was an understatement, he was ravenous.” Redmayne, Marsh continued, had made no secret, “over quite a few beers on his part and quite a few coffees on mine”, that he was daunted too. “It was often quite uncomfortable to see what he had to do. He internalised the part. It took its toll physically, he was inhabiting an illness, which is a complicated thing to do. I was pushing him as far as he could go.”...

...You can see why this would torment him because he is a perfectionist. When researching Red, John Logan’s play about Rothko at the Donmar (he played Rothko’s assistant for which he won an Olivier award and a Tony on Broadway), he came upon the words of artist Dan Rice, who argued that art must strive for perfection yet acknowledge that it will never get there.
Yet what is interesting about this part is that it is about imperfection. It involved unlearning: as an able-bodied young man, Redmayne had to disable himself. He explains that he visited the Queen Square Centre for Neuromuscular Diseases in London to talk to MND patients and their doctors. He approached portraying the disease as if it were a dance. In one sense, it was – with choreographer and movement specialist Alex Reynolds his teacher. He had an osteopath, Dan Studdard, at his disposal too: “I had to train my body like a dancer but learn to shorten muscles instead of stretch them.” He made charts, detailing what he needed to do physically in each scene.... One more photo from the Observer shoot (x)

...Does Redmayne care too much about what other people think of him? Does he need to cultivate more of a rhinoceros hide? “Yeah, that could well be true,” he laughs ruefully. I was recently told, with friendly concern, by the Guardian’s theatre critic, Michael Billington, that he had heard that when Redmayne, in December 2011, read his review of Richard II at the Donmar, which said, “he has the temperament but not yet the technique to play the king”, he burst into tears. It was the first review of Michael Grandage’s production he’d read. The others (uniformly ecstatic) will have cheered him up (he won a Critics’ Circle award for his performance).
But now Redmayne is starting, eloquently, to defend his right to be thin-skinned: “I’ve worked with some actors who have such thick skins and think they are so extraordinary. I’ll think: have you stopped learning? They stop listening to directors or other actors and do the same thing again and again. So it is complicated because for my sense of self, I’d rather my skin were a wee bit thicker.”...

He is marrying Hannah Bagshawe, whom he has known since his teens, an antiques dealer from Staffordshire. “Please make sure if you talk about Hannah you don’t say – it’s just that, occasionally, she is hilariously described in the press as my publicist. She used to work in financial PR.” That must be irritating? “She finds it quite funny but – oh God…” Does he see it as a sane decision to marry someone not in the business? He replies instantly: “I don’t think who one marries is a decision. It is how you feel.” It is the most heartfelt and wonderfully unselfconscious thing I have heard him say, a last line in the latest chapter of a Brief History of Eddie Redmayne. (full article here) 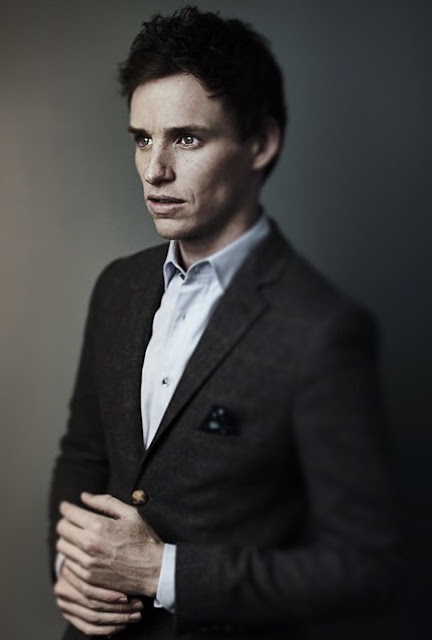 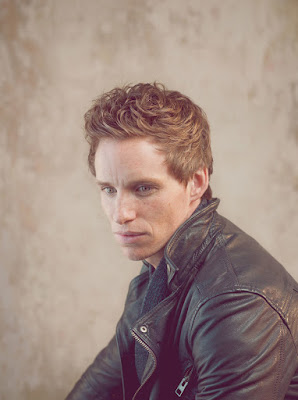 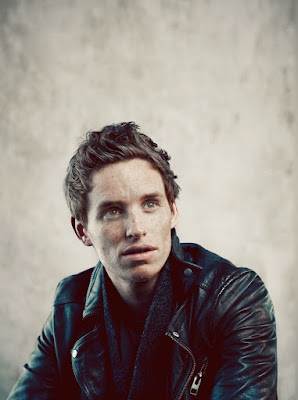 Eddie Redmayne for Intelligent Life - photographed by Ian Winstanley (x)
In November I was commissioned by Intelligent Life to shoot their cover again, this time the subject
was the extremely talented and all round lovely fellow Eddie Redmayne. Tipped for an Oscar
next year for his portrayal of Stephen Hawking. I hope you get it Eddie, it’s very deserved! To win the part of S. Hawking (“I found the script a revelation and chased pretty hard for it”),
Redmayne had sat in a Marylebone pub with the director James Marsh, who is best known for
documentaries, including the Oscar-winning “Man on Wire”. “It was about four in the afternoon.
James said, ‘What are you having?’ I was trying to judge whether to have a proper drink or not.
I asked for a beer. He came back with a coffee. I drank about five beers. He drank a lot of
coffee. By the time we left, I was drunk and he was wired.” (x) via (x)