(x)
Eddie Redmayne and his fiancée Hannah Bagshawe are reportedly set to take the next step by walking down the aisle at Babington House near Bath, Somerset on Monday.
The couple are said to have organised a 'winter wonderland' themed ceremony produced by a special effects team at the private members country club, according to The Sun newspaper. 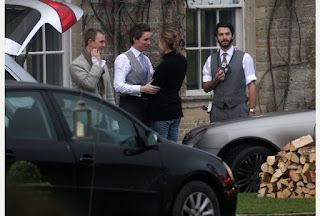 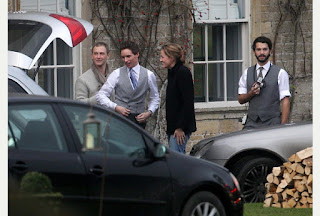 Eddie Redmayne is seen outside Babington House, Somerset on the day he is due to marry Hannah Bagshawe.

Daily Mail: Here comes the groom! Sharp-suited Eddie Redmayne arrives at Somerset's Babington House as he prepares 'to marry fiancée Hannah Bagshawe'
Rumours suggested British actor Eddie Redmayne was set to marry his long-term girlfriend, Hannah Bagshawe,
on Monday. And, judging by his sharp-suited arrival at Babington House in Somerset, it seems the wicked whispers may be correct. The screen star appeared at the private members' club on Monday - as predicted - in a morning suit, flanked by two friends.
read more... 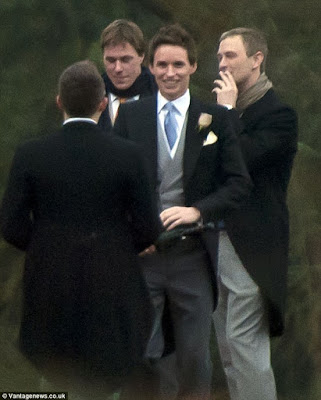 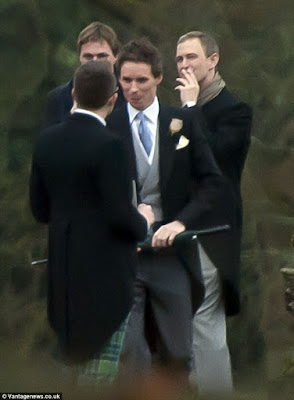 Best men? Eddie meets and greets his friends - and is clearly happy to see them
How lovely he is!

Just Jared: Here Is Eddie Redmayne All Dressed Up on His Wedding Day!

US Weekly: Eddie Redmayne Is Married: Theory of Everything Actor Weds Hannah Bagshawe in Candlelit Ceremony
He's a married man! Eddie Redmayne married his fiancee Hannah Bagshawe on Monday, Dec. 15, at the Babington House in Somerset, England, his rep confirms exclusively to Us Weekly.
The British hunk, 32, wed his love of nearly three years in an evening candlelit ceremony at 5:30 p.m. local time. The entire venue was lit with flickering flames as the bride walked down the aisle to meet her husband. The theme of the wedding was a "Winter Wonderland." Redmayne and Bagshawe celebrated the special occasion with a small number of close family and friends, his rep tells Us.

THE KNOT HAS BEEN TIED: Message from Eddie Redmayne’s publicist, Dec. 15, 2014
“I am happy to confirm that Hannah Bagshawe and Eddie Redmayne married today. They celebrated with a
small number of close family and friends.” 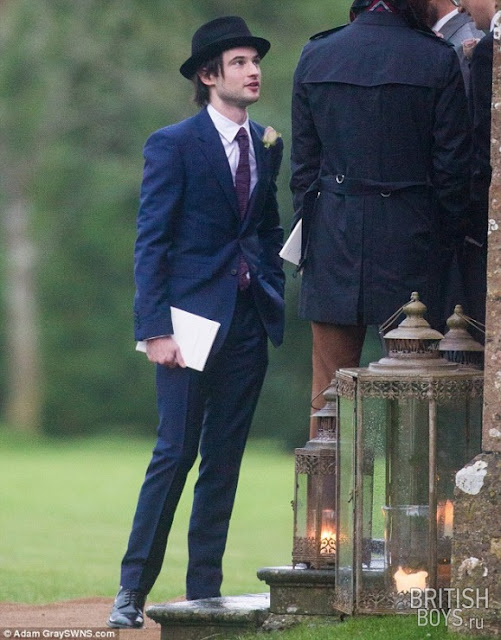 Update Dec.17, 2014.: Dapper dude: Eddie's actor pal, Tom Sturridge, was left without a date
at the wedding, with his girlfriend Sienna Miller attending the US premiere of her latest movie,
American Sniper, on Monday night (x)

Email ThisBlogThis!Share to TwitterShare to FacebookShare to Pinterest
Labels: Hannah