Winter coats in The Esquire and other Magazine shoots, articles 
... “It’s amazing, the aura he has. You’re so used to how he looks - the silhouette and the voice - and I was really nervous. I just waffled - talking about him, to him. It was pretty embarrassing.”...

..."Felicity came in and they got on like a house on fire. Stephen was incredibly flirtatious. A complete player," he laughed.

..."There’s a moment of excitement when you get a part like this, which soon gives way to dread," he explained.
"We knew if we screwed it up we’d be lambasted because Stephen is such an icon.
"I’m not going to lie, it was demanding and pretty intense. But we had fun, too, just as Stephen does. He doesn’t live a disease, he lives a forward-thinking, funny life." “I want this story to be seen,” he says. “The stakes were so high. One of the first things my mate Charlie Cox [the actor who also stars] said to me was, ‘The great thing about this part is that you have no option but to give it everything.’ He was right.” - Full article here via (x) 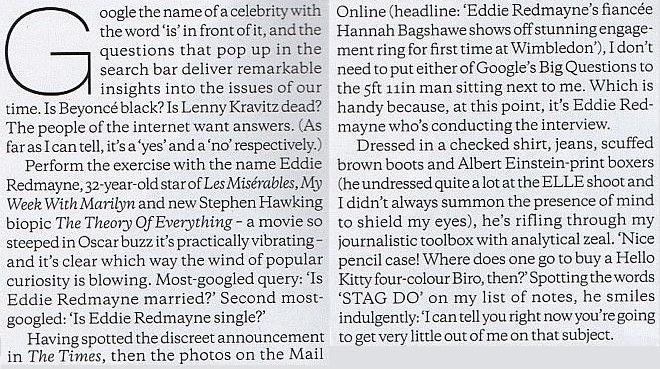 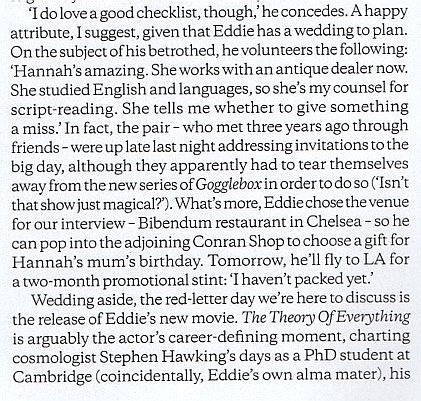 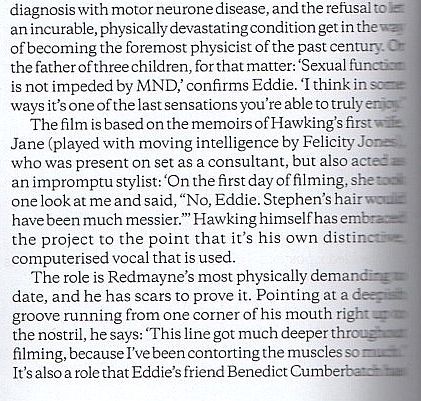 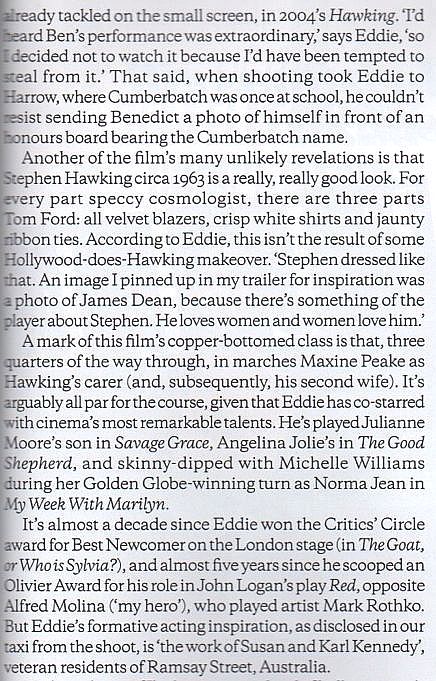 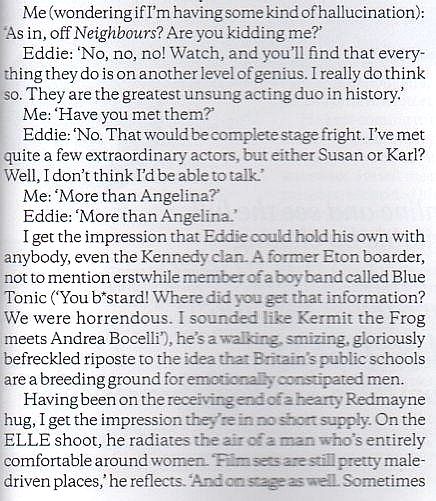 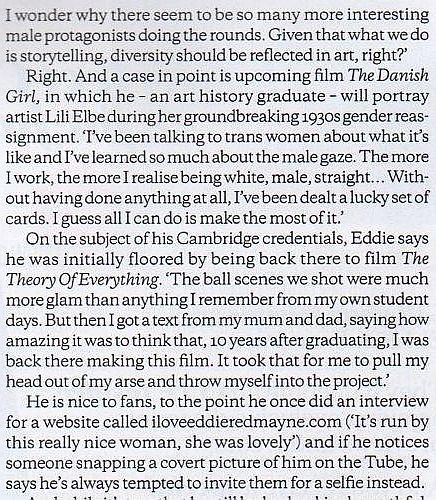 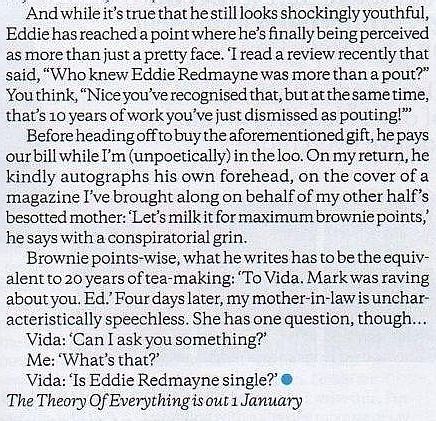 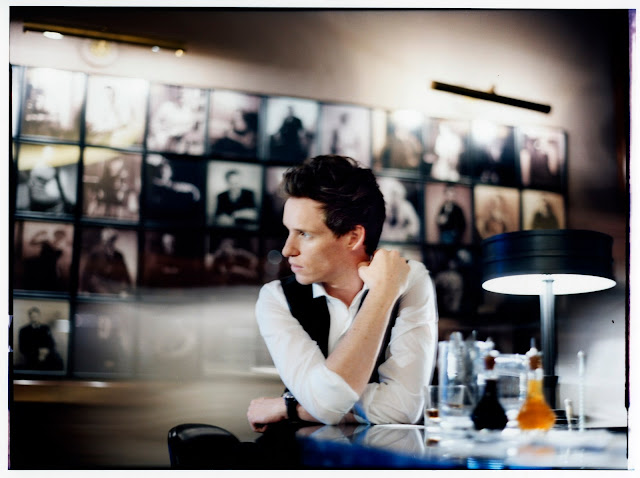 (x) - an other outtake from this shoot here 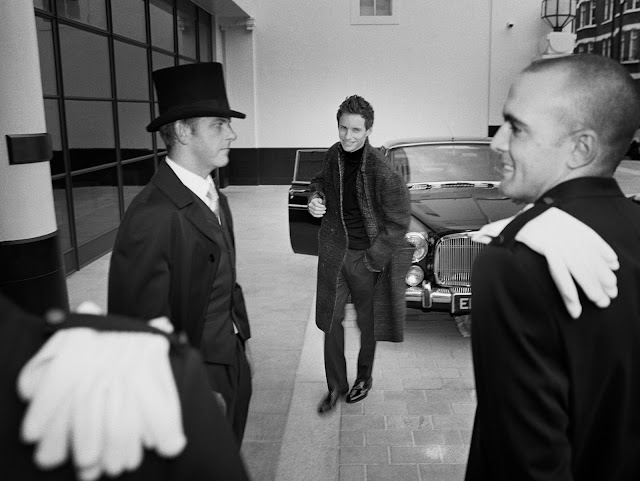