Daily Mail: Rewinding time! Cindy Crawford looks flawless in chic little black dress as she parties with Eddie Redmayne and Jessica Ennis-Hill at watch store bashShe was seen mingling with the likes of Olympic Heptathlon Champion Jessica Ennis-Hill and actor Eddie Redmayne.
Following the UK premiere of his film, The Theory Of Everything, the night before, Eddie was in a further mood to party as it was announced that he was up for Screen Actors Guild Awards.
The British star’s impeccable performance as Professor Stephen Hawking saw him receive a nod in the Outstanding Performance by a Male Actor in a Leading Role. 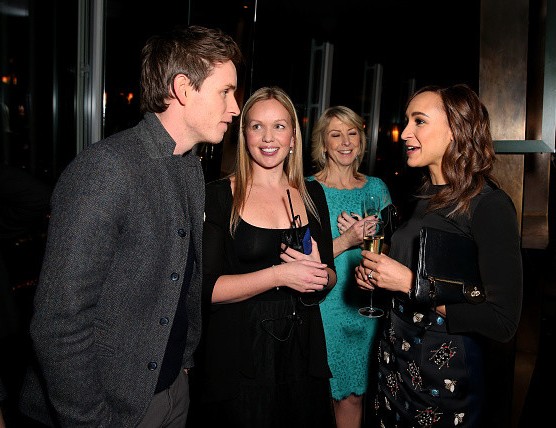 Bystander - LONDON BRIDGE: Omega dinner party
A pianist gently serenaded arriving guests at Aqua Shard with romantic Christmas songs when Omega threw a dinner to celebrate its new store on Oxford Street. The pace quickly stepped up once Cindy Crawford, Eddie Redmayneand James Blunt had finished feasting on squash salad and roast beef fillet. Then Chrissie Hynde stepped up on the stage to belt out 'Don't Get Me Wrong', persuading them all to roar and wave their arms, almost dancing but not quite. 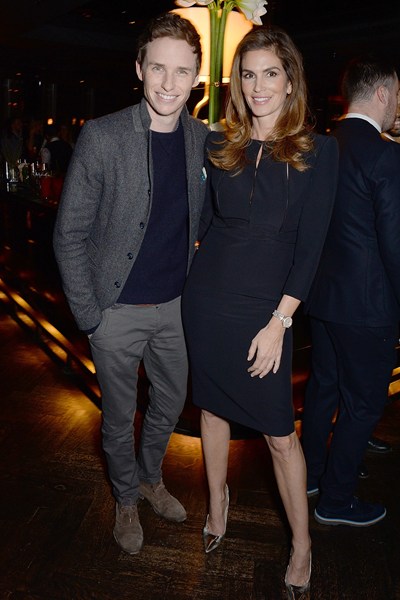 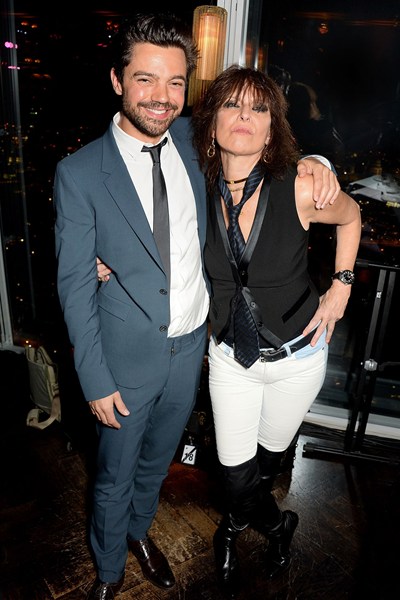 Eddie's friend Dominic Cooper and Chrissie Hynde at the party

Harper's Bazaar: Inside the Omega VIP Dinner at Aqua Shard
See who joined ambassadors Cindy Crawford and Jessica Ennis-Hill for dinner with a view (slideshow)