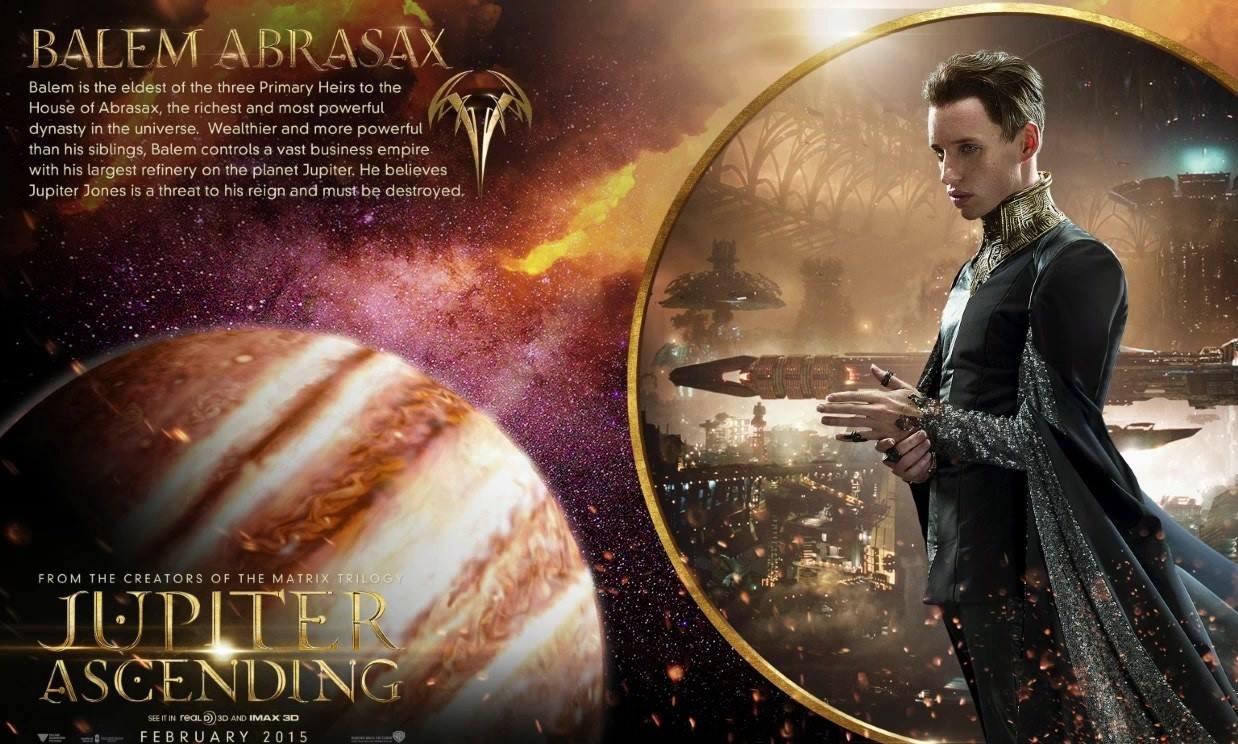 “I thought I was doing some great departure, but
maybe I’ve just done King Lear in space,”(x) 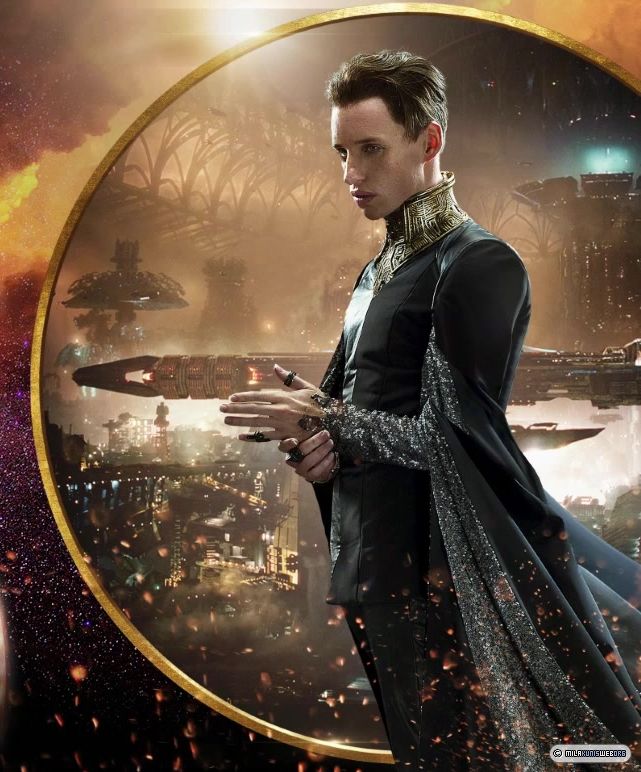 closer look
Balem Abrasax
Balem is the eldest of the three Primary Heirs to the House of Abrasax, the richest and most powerful dynasty in the universe. Wealthier and more powerful than his siblings, Balem controls a vast business empire with his largest refinery on the planet Jupiter. He believes Jupiter Jones is a threat to his reign and must be destroyed.

Pushing the Jupiter Ascending release date to Feb. may have been a positive. During the delay,
Eddie Redmayne, who plays the film's villain, has emerged as an Oscar frontrunner for his work
in The Theory of Everything. It could generate new interest. (x)

LA Times: 'Jupiter Ascending': The release-date change loses its stigma
...it was technical effects work, not any larger creative rejiggering or marketing rethink, that was prompting the delay.
Whether that's a primary or sole factor is hard to say (certainly the reaction to early material hasn't been great). But for all the initial signals it sent, the move may not turn out to be that bad. That's not because the film is officially out of a more crowded time (that rationale has always seemed a little weak to me, since yes, there's more competition in the summer, but more people are going to movies) but because the general idea of taking an extra beat to release a film, whatever the reason, has actually worked out pretty well in recent years...