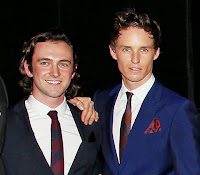 George Blagden – Actor ( x )
His career role model is fellow Brit Eddie Redmayne.
“I saw him onstage at the Donmar Warehouse playing Richard II, then on TV in ‘Birdsong’ and then worked with him in ‘Les Miserables’” notes Blagden. “I thought that by the time I got to his age (Blagden is 23, Redmayne is 31), if I was working in all those different mediums at that level, I’d be a happy man.”

„I think Eddie [Redmayne] and Tom [Hooper] have worked brilliantly together to bring more depth to Marius in the movie.”
„SDD: Who did you learn the most from during the filming? Were you star struck by anyone?
FF: Probably Eddie. He’s an awesome actor. Incredibly assured and assertive – he knows exactly what he wants to achieve and uses his sense and intellect to achieve it. I love his realism, subtly and he has a gorgeous voice… The bastard! Only joking – he’s brilliant. George Blagden is a bit of class as well. Loved watching him do his thing. The whole experience was a learning one though. Everyone seemed to bring something to the table that was beneficial for us all. 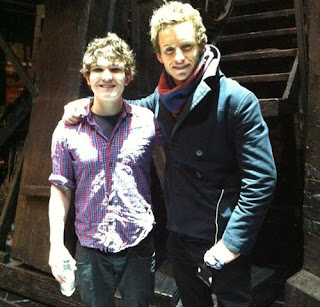 SDD: With your experience playing him on the West End, did you and Eddie have any talks about Marius?
FF: Yeah. Before Eddie watched the show, I chatted to him on the stage at the Queens and showed him around the set. We discussed the fact that Marius has the potential to be perceived as a bit of a wet blanket in the stage version of the story. He explained how Marius’ grandfather was going to be featured in the movie to give Marius that element of political fervour that is perhaps missing from the stage version. Initially in rehearsals for the movie, I remember Courfeyrac was going to be the one who grabs the flag from Enjolras in the ‘Do You Hear the People Sing?’ scene at General Lamarque’s funeral but it ended up being a perfect opportunity to show more of the political passion of Marius.
beneficial for us all.” 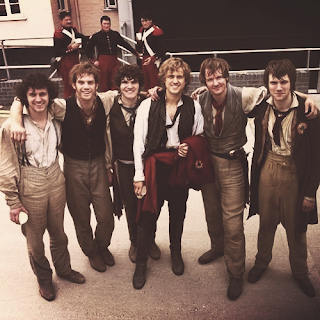 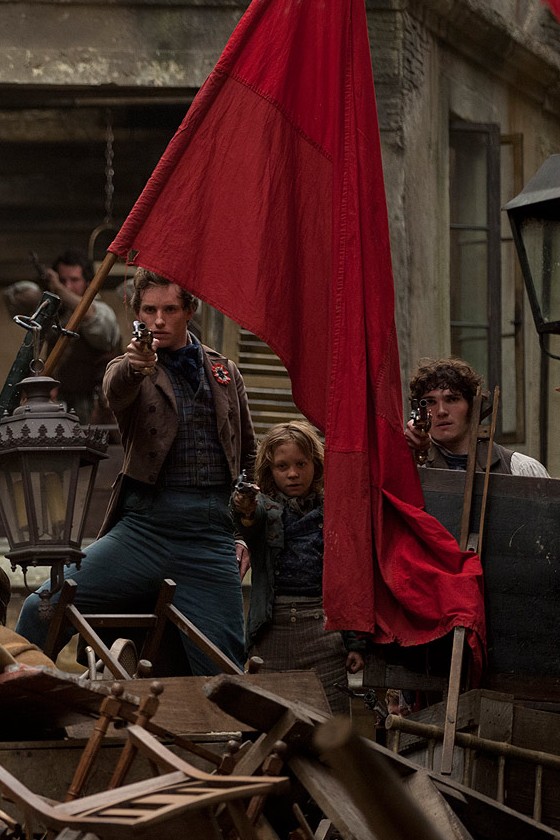 Les Miserables: Fra Fee on his role in the upcoming blockbuster (full article)
"Anne Hathaway gives a sensational performance. But I really love what Eddie Redmayne did. He's a really intellectual actor who very much thinks through what he wants to achieve and I admired that in a great way."