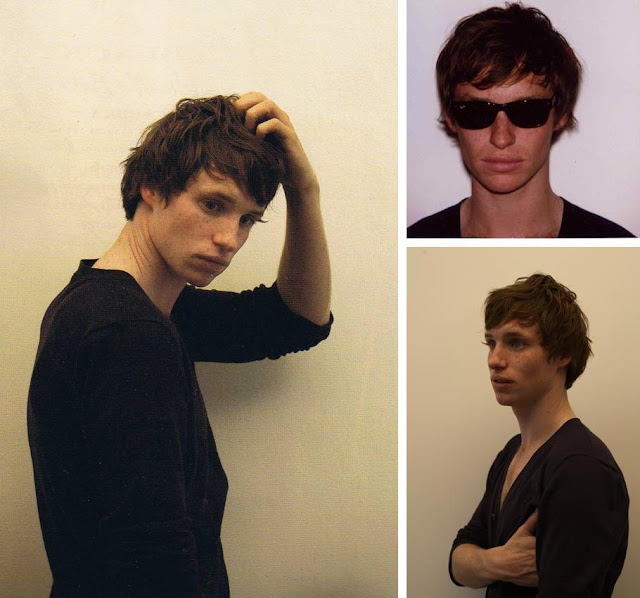 The original photos are here 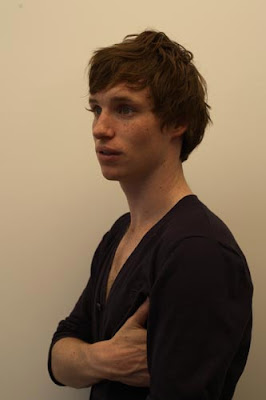 “Reading your own reviews is a bad thing,” says Eddie Redmayne on the
balcony of his smart South London apartment between mouthfuls of crisps. “One reviewer said I looked like a burns victim. That’s never good, is it?” he laughs.

“That’s your headline, right there – Eddie Redmayne: The Actor With the Face of a Burns Victim.” Still, Redmayne’s irregular features landed him a career stint with top modelling agency Storm once upon a time (“fucking boring and unsuccessful”), which he fitted in between his History of Arts seminars at Cambridge. Acting, however is a field Redmayne is doing slightly better for himself in.
At 26, his filmography already reads like that of one of the big shots –
starring, albeit in minor roles alongside the likes of Helen Mirren in Elisabeth, Matt Damon and Angelina Jolie in Robert De Niro’s Oscar-nominated The Good Shepard and Scarlett Johansson and Natalie Portman in The Other Boleyn Girl. With formative relations like that, you would be forgiven for expecting a bit of a big head on Redmayne, but he comes across as humble as pie. “I am a lucky fuck,” he states in no uncertain terms. “I didn’t even know if this whole acting thing would work out. It was something I told myself I would have at stab at for a term while I was at university, and then I found myself between takes with Helen Mirren.”

Redmayne’s role in Savage Grace, Tom Kalin’s silver screen adaption of the famous Barbara Daly murder case, is sure to make him the subject of dinner party conversation the world over. He plays Tony, the afflicted gay son of Daly (Julianne Moore) and Brooks Baekeland (Stephen Dillane), who was subject to a life of filthy-rich ennui and poisonous manipulation from his mother and father that culminated in matricide. The pivotal scene involves wrought sexual intercourse between mother and som, and is something Redmayne had to come to terms with pretty quickly. “I had to audition with that scene,” he says. You can’t possibly prepare yourself for that, y’know, pretending to fuck Julianne Moore who happens to be playing your mother. Did Moore put him at ease? “Totally,” he explains. “She is one of the finest, most distinctive actresses in the world but she doesn’t want to talk about it or analyse it. She just comes in and does her thing. She’s magical.” When the production of Savage Grace ran into some difficulties and Redmayne was suddenly removed from the cast list, Moore insisted she wouldn’t do the film without him in it. “When I heard that I felt sick,” he whispers. “I think it was after a rehearsal we did where we ended up screaming at each other so much that we were shaking.
I think she liked that.” 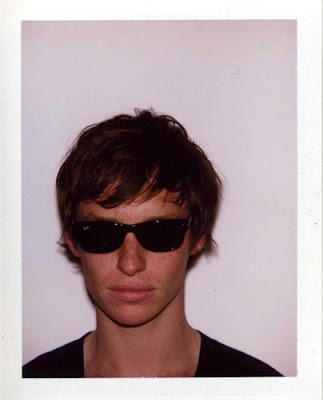 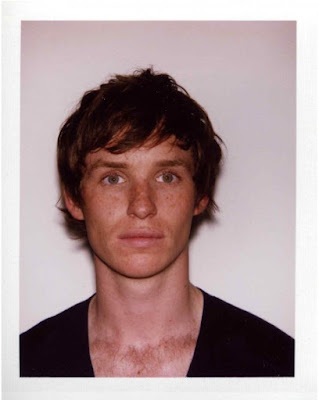