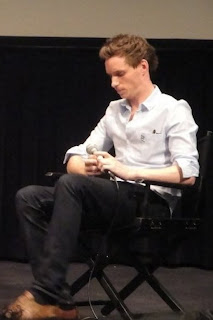 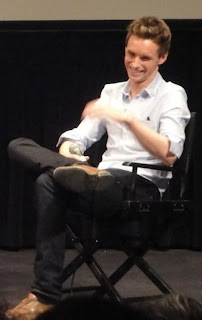 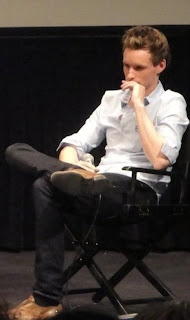 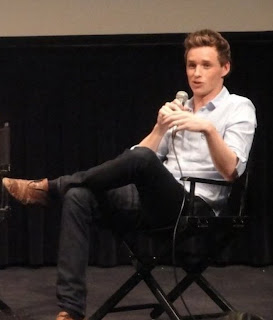 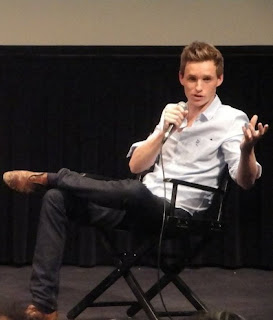 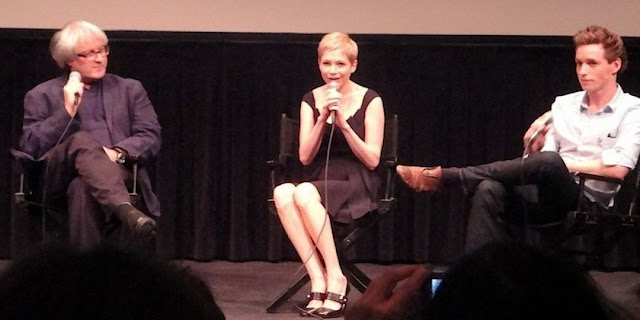 Video: Eddie Redmayne's part from the press conference with trailer.

NYFF:Michelle Williams, Simon Curtis, Eddie Redmayne talk 'My Week with Marilyn' (full article)
Q: Eddie can you tell us a little bit about how you became involved with the project and Simon as a director of actors?
Eddie Redmayne: I came across the project, I was actually in New York doing a play, and I was sent the script. I had studied Art History at University, so I knew a bit about Kenneth Clark, who was Colin Clark's dad, so I had heard about that sort of background, and so that kind of spiked my curiosity as well, and then read the script and realized, I had a weird amount in common with this guy, and got really engaged with it, and then I auditioned for Simon, and then Michelle was filming in Toronto, and went up there, and we had a screen test there, and from then on it was the most wonderful ride, and Simon I know socially through theater in London, and it was the most wonderful experience, and I think I speak for Michelle here as well, that on this film as you see there's the most staggering group of British actors, that are sort of idols of mine, and so certainly for me everyday it was like you were going to work, and getting to share a scene with one of the great Knights of the Realm, or Dame Judi Dench, and the reason so many extraordinary actors were working on this film was because they loved working for Simon, and he has a wonderful facility with actors, so this whole idea that plays in the film of theater and film intermingling I think worked quite well in this.
Q: Eddie, did the character remind you of your naive youth?
Eddie Redmayne: Yes, it did remind me a lot of my youth! There was one extraordinary moment when we were shooting at Eton College, and Colin was showing Marilyn Monroe around Eton College, and that was the school that I went to, and so we were doing this scene, and Harvey was there, and Michelle was there, and all of these school boys were playing the parts, and my old head of drama was there stood at the side...There were wonderful moments! I think one of the great things with the whole prodcution, that it was shot in the studio where the 'Prince and the Showgirl' was shot in---

He's so cute!
I made the gifs with EZGIF, they are based on the YouTube Video:
"My Week With Marilyn" Press Conference - New York Film Festival 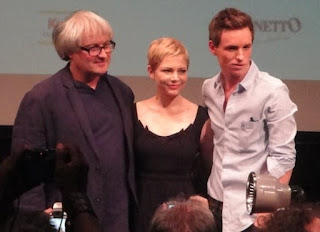 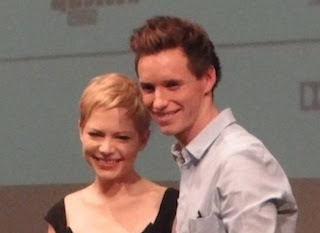 most photos are cropped, the originals are here

Email ThisBlogThis!Share to TwitterShare to FacebookShare to Pinterest
Labels: Michelle Williams, My Week with Marilyn, premiere