My Week with Marilyn - filmography

In 1956, at the height of her career, Marilyn Monroe went to England to make a film with Sir Laurence Olivier. While there she met a young man named Colin Clark, who wrote a diary about the making of the film. This is their true story.

Eddie Redmayne: the loneliness of being a hot young actor (full article)
"Michelle and I were there in most scenes and, every day, another bastion of the British establishment would come in and play opposite us; it was wonderful."....Marilyn sees him playing his most "normal" character to date. "I'm six years older than Colin, but I'm an Old Etonian, too. Weirdly, I found it just as challenging as playing the character I did in Savage Grace" 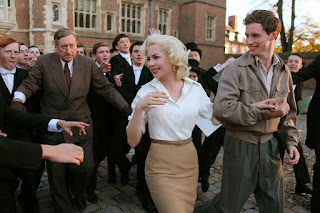 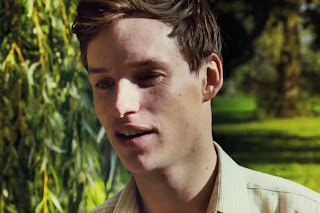 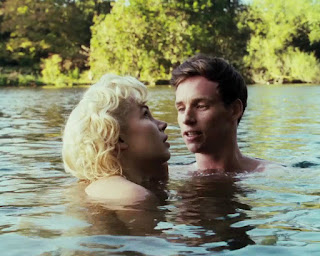 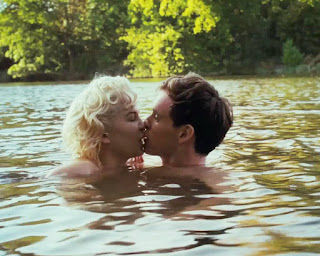 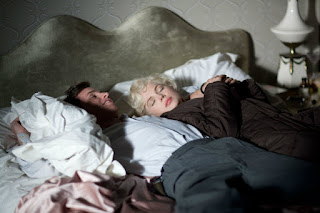 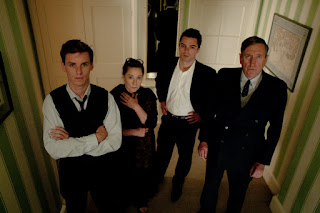 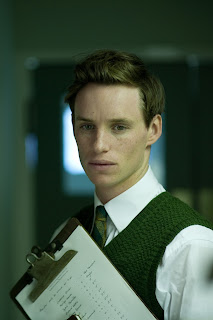 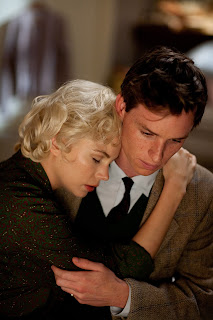 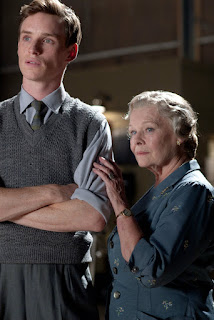 
EDDIE REDMAYNE – Interview Magazine 09/15/2011 (full interview)
"I kind of loved doing the Marilyn stuff set in the ’50s. One of the great experiences was shooting in Pinewood Studios. Michelle Williams was in Marilyn Monroe’s dressing room, and we were shooting in the studio where The Prince and the Showgirl was shot. In the studios next door, you had [the production of the fourth] Pirates of the Caribbean, and you wandered down this long corridor, and you would literally see a dismembered pirate come out of one door and some turn-of-the-century French something-or-other come out of another. There was an eclectic romance in shooting there."...
"I’m getting better, but I remain one of the most ill-educated filmgoers in the world, so it was a wonderful excuse to watch a lot of Marilyn Monroe movies. What’s amazing is this whole movie is about how she was going through this incredibly desperate, dark time, and was a nightmare from all accounts—and yet when you watch The Prince and the Showgirl, she has this lightness and frivolity and this kind of sexy effortlessness." 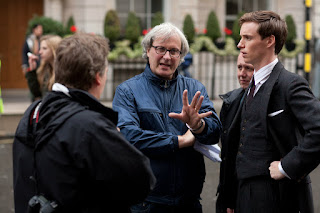 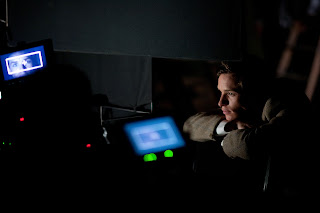 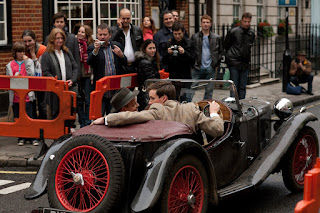 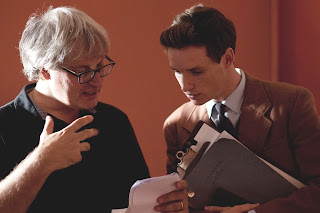 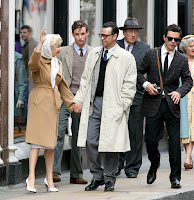 xoxoeddie - behind the scenes gifs


Eddie Redmayne on 'My Week With Marilyn': 'Who Would Be Crazy Enough to Play Marilyn Monroe?'
Posted November 23rd, 2011 3:00PM by Christopher Rosen (full article)
As if you needed further proof that Eddie Redmayne -- the star of 'My Week With Marilyn' and recent cast addition to Tom Hooper's adaptation of 'Les Miserables' with Hugh Jackman, Russell Crowe andAnne Hathaway -- is the next big thing, consider the words of Chloe Moretz. "He's one of the most phenomenal actors I've ever worked with. He's gonna be the new actor to work with," the actress told Moviefone about her 'Hick' co-star. "I've never worked with a better actor than him." No wonder the 29-year-old is able to hold his own opposite possible Oscar nominees Michelle Williams and Kenneth Branagh in 'My Week With Marilyn.'

Alfred Molina on Eddie Redmayne in My Week with Marilyn ( x )
SAG Preview 2011: Actors on Actors - Variety Staff
“The film is atmospheric, full of period detail and abundant with wonderful performances. As Colin Clark, Eddie Redmayne is both nuanced and graceful. His gifts as an actor become sharper with every film, and yet in ‘My Week With Marilyn’ he finds a more touching vulnerability and openness. His work brims with a delicacy that seems to fill his eyes to the point where he may burst any second into uncontrollable giggles, or tears. It’s always exciting when the right actor plays the right character at the right time. He charts Colin’s journey from a privileged young man dreaming of working in movies, to one with a hard-earned understanding of the emotional cost of reaching for the unattainable, and he does it with subtlety and seeming effortlessness. By the end Eddie’s Colin stands taller, if bruised, but he stands on his own terms. Towards the end, Colin is asked if his heart has been broken and the moment is eloquent in its simplicity. The apparent ordinariness of this scene is deceptive; yet Eddie’s playing reveals not only his intelligence as an actor, but more crucially, Colin’s awakening to the ways of the world.”

Eddie Redmayne On 'My Week With Marilyn,' And Which Old Screen Legend He Would Have An Affair With (Huffingtonpost article) 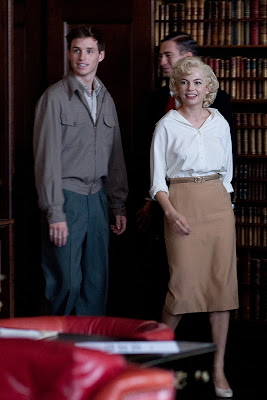 My week with Marilyn Monroe: A writer recalls his relationship
with the troubled Hollywood legend (full article)
An article By Colin Clark - an extract from Colin Clarc's memoire
Updated on 29th October 2011 - old and new photos, audio clips
(Eddie Redmayne audiobook and interview)

My Week with Marilyn: the true story
The Telegraph article By David Gritten 05 Nov 2011

instantwatcher.com page of the film

Everything about  MWWM in iloveeddieredmayne.com blog here. and here
There's a report in this video news about Filming My Week With Marilyn in London (starts at 1:00)
beachcomber's windowsill posts

Photos source: eddieredmayne.ru (I edited some of them)
The gifs are from my favorite tumblr blogs

Email ThisBlogThis!Share to TwitterShare to FacebookShare to Pinterest
Labels: bio, movie, My Week with Marilyn