Eddie Redmayne Is Friends With Robert Pattinson And Sam Claflin…Are You Jealous Yet? ( x )
Eddie said about the "young British actor community":
“You know what? In some ways it sort of is accurate. Like, I mean, Sam and I have worked together. Robert I’ve known for a long time. There was a whole load of us who a few years ago were all sort of trying to make ends meet in London, and it’s been lovely watching everyone have a moment to do interesting work. And often you find yourself therefore in New York or Los Angeles and you get to kind of hang out with guys who are mates and old friends. It’s a cool little community actually, yeah.” 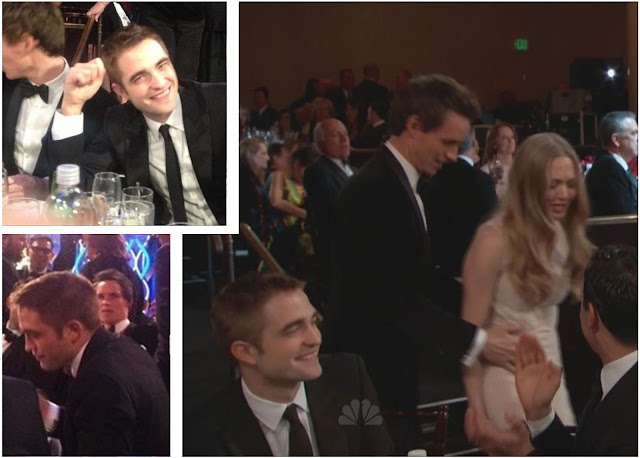 
Video: Eddie Redmayne on His Clique of Young British Actors With Rob
DECEMBER 20, 2012

...We caught up with Eddie recently to get the scoop on his singing background in school. (He went to Eton at the same time as Prince William!) Royalty isn't Eddie's only fun connection. He also opened up about his bonds with fellow young British actors Robert Pattinson and Tom Sturridge... ( x )

...Cheekbones? Check. Weird yet handsome features? Check. Alien-type face? Check. British accent? Check. Starring in a hugely grossing film? Check and check.
...“No-one, no-one can compete with Rob,” Eddie told EntertainmentWise, “he’s in a league of his own.”
Eddie, the self-deprecating London-ite that he is, also claims that he doesn’t deserve his recent heartthrob status.

“I’m not sure that’s true,” he admits, “it’s very flattering.”
He also added that all his fans, “would be disappointed if they met me.”
Wow, zero self-confidence, he’s TOTALLY the new RPatz!

This Youtube playlist contains interviews and news related to the topic.

EDDIE REDMAYNE TALKS ROBERT PATTINSON & TOM STURRIDGE  ( x )
Kristen learned her first details about her then-upcoming co-star Robert Pattison from Eddie, who turned out to be a
R-Patz pal.
“Randomly, at the end of this, you were about to do ‘Twilight,’” Eddie said, turning to Kristen during Access’ interview. “I had known Rob since I was [younger]. So I was like, ‘Yeah! You’re working with my mate Rob!’ You’re like, ‘Really? What’s he like?’ I was like, ‘He’s a good boy.’”
Kristen said although she first attempted to find out more about her “Twilight” co-star from his pal, she realized Eddie’s lips were fairly sealed.
“I sort of got from [Eddie] that they were friends for a long time and he wasn’t going to say anything bad about him. Even if there was something bad, it was just sort of like, ‘Yeah, it’ll be good,’” Kristen laughed.
Eddie confirmed he and his British boys club buddies stick together, a group that includes Eddie, R-Patz and “Vanity Fair” actor Tom Sturridge.“They’re like, so almost incestuous,” Kristen said.
“It is incestuous,” Eddie laughed. “Rob and Tommy Sturridge and I – we’ve all been at it for a while now and it [is] so funny what happens when you start doing the jobs and you work with other people and you realize the whole industry is incredibly incestuous.” 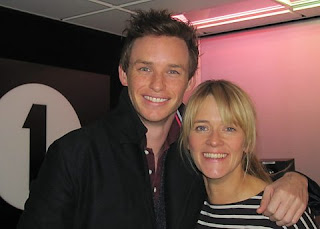 Robert Pattinson is a great singer
BBC Radio 1 - Eddie Redmayne interview by Edith Bowman Saturday 26 November 2011
Eddie Redmayne talks R-Patz and My Week With Marilyn. He stars alongside Michelle Williams who plays Marilyn Monroe. And also chatted to Edith about maybe forming an actors' supergroup with his mate Robert Pattinson.
This episode is not currently available on BBC iPlayer Radio

( x )
In the video list you find an excerpt from the interview about singing. 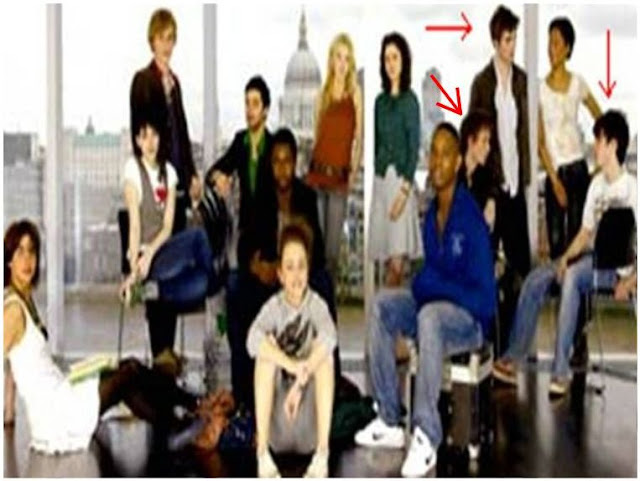