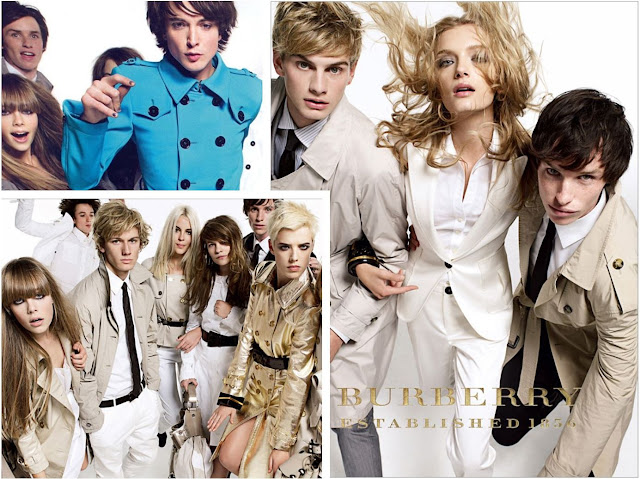 "I’m quite ignorant about fashion and I’m colourblind, so it’s all a tad tricky. My only knowledge of that world comes through Christopher Bailey, whom I first met in 2008 when I did a campaign for Burberry that featured musicians, artists, actors and sportsmen." — Eddie Redmayne ( x )


Burberry SS08 ad campaign and behind the scenes video

The Burberry Spring Summer 2008 ad campaign is shot with an all British cast.
The images shot by Mario Testino. Music - Pest Control - Blondelle (Will Cameron is the red headed guy)
British supermodels Agyness Deyn, who is also the face of the new fragrance "Burberry The Beat", and Lily Donaldson star alongside models Edie Campbell, Laura Fraser and Alice Gibb. Coco Sumner daughter of Sting and Trudie Styler appears alongside young up and coming British male actors Eddie Redmayne and Alex Pettyfer.
Musicians Liam Wade a guitarist for Courtney Love, Martin Tomlinson of rock band Selfish ..., Josh Beech of Snish, Jack Bevan of punk band The Foals, Tom Wade a model and golfer, Will Cameron of indie band the Blondelles as well as Merlin Ferry son of singer Bryan Ferry. 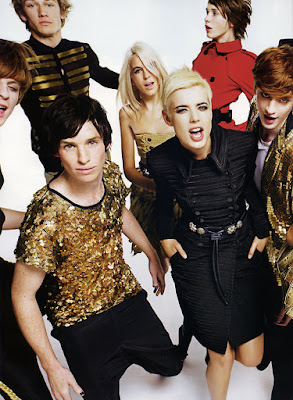 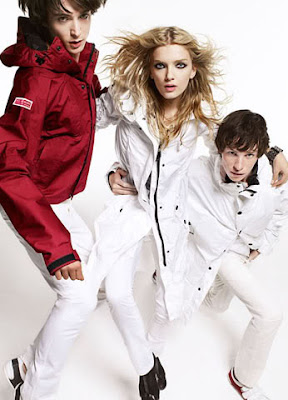 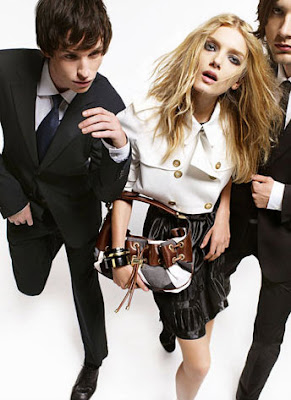 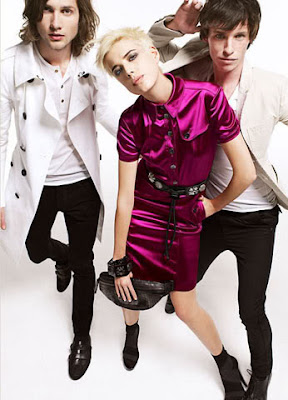 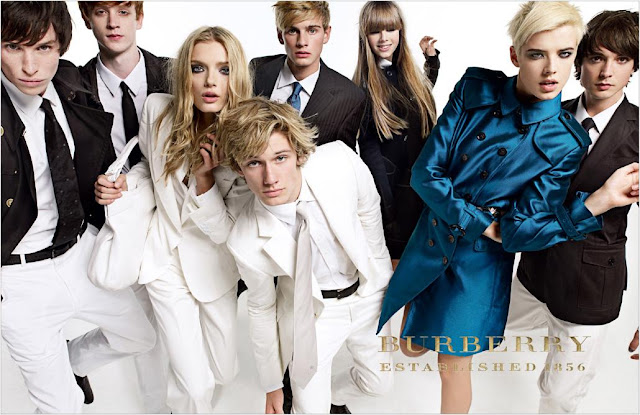 In the Burberry ad you did a lot if jumping, was it tiring?
No. Not really. I wasn’t the one in 9 inch heels like Agy [Agyness Deyn] . What Burberry do is get people from different industries. So you had musicians, there was a golf player, and Martin [Tomlinson], from the band Selfish Cunt, the most flamboyant charismatic person ever. So there was a very interesting dynamic too it. Mario Testino is wonderful and hilarious, he’d be like (takes the peruvian accent): “you’re a supermodel”, “you’re a star”… (x)
Eddie talked about this in the Graham Norton show (Dec.31, 2015)